Mystery surrounds the only reported lynching in St. Johns County

"For the most part, people don't want to tell about this part of American history, but it is as much a part of our history as any," Phillips said. 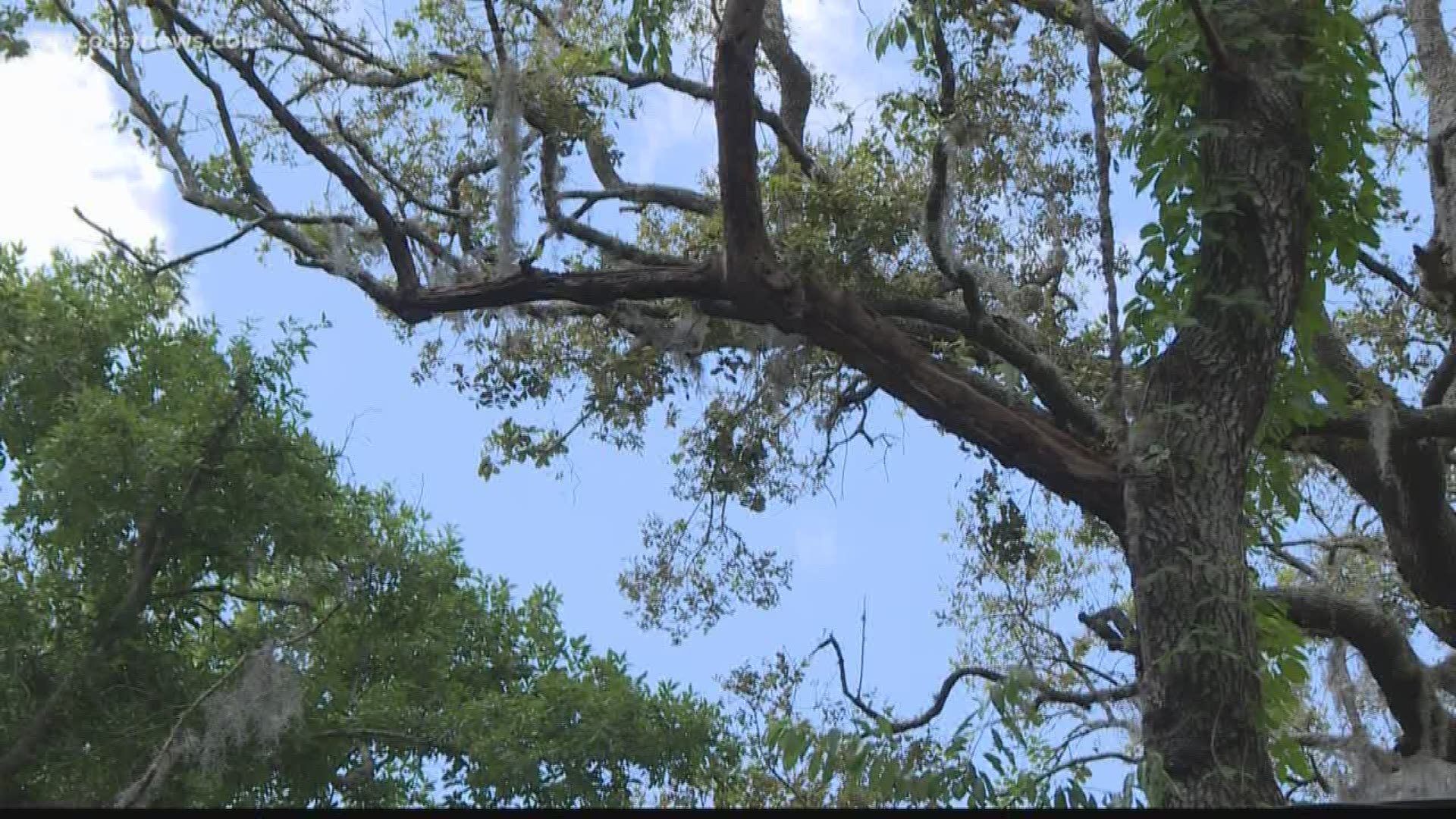 ST. JOHNS COUNTY, Fla. -- Spanish moss drips from the trees. The St. Johns softly washes onto the river bank. This is Orangedale, where the only reported lynching in St. Johns County happened in 1897.

Gayle Phillips and Mary Cobb, along with a few others, have worked to unravel the story behind this hanging of Isaac Barret. He was a tenant farmer who heard his landowners' crying for help.

"His initial story was that he went to the aid of the family who was in distress and had been beaten and bloodied by some unknown assailant," Phillips said.

She said the sheriff arrived and found Barret with the beaten landowners, and the sheriff ended up arresting Barrett.

"On the way to the jail, a mob of masked men stole him away from the sheriff and took him to the river and hung him from a tree," Phillips said.

A tree on some land that the researchers believe is close to the public park by the Old Shands Bridge Pier.

"The nearby African American people were very upset with what happened because he was a hard- worker and they thought the way it was done was very brutal," Cobb said.

According to the Equal Justice Initiative, Barrett's is one of 313 reported lynchings in Florida; there could be more that weren't reported. The organization just opened a museum in April. It's a memorial to the more than 4,000 people who were lynched in the U.S. from 1877 to 1950.

"A lynching is a public killing," Phillips noted. "It doesn't have to be by hanging. People were shot, burned, mutilated. It was usually done in a public way to create a sense of fear."

We don't know how old Barret was and we certainly don't know if he was even guilty of the crime.

"The lynch mob became his judge and jury," Phillips said.

She and her colleagues have applied to St. Johns County for a marker at the park by the Old Shands Bridge Pier so that people will know what happened close to that spot.

"For the most part, people don't want to tell about this part of American history, but it is as much a part of our history as any," Phillips said.

So the mystery of Barrett lingers, but his story is starting to be told in a new museum in Montgomery and in St. Johns County.