More burials of what could be St. Augustine's first colonists have been discovered. They are within inches of where burials were found during an archeological dig in 2017. 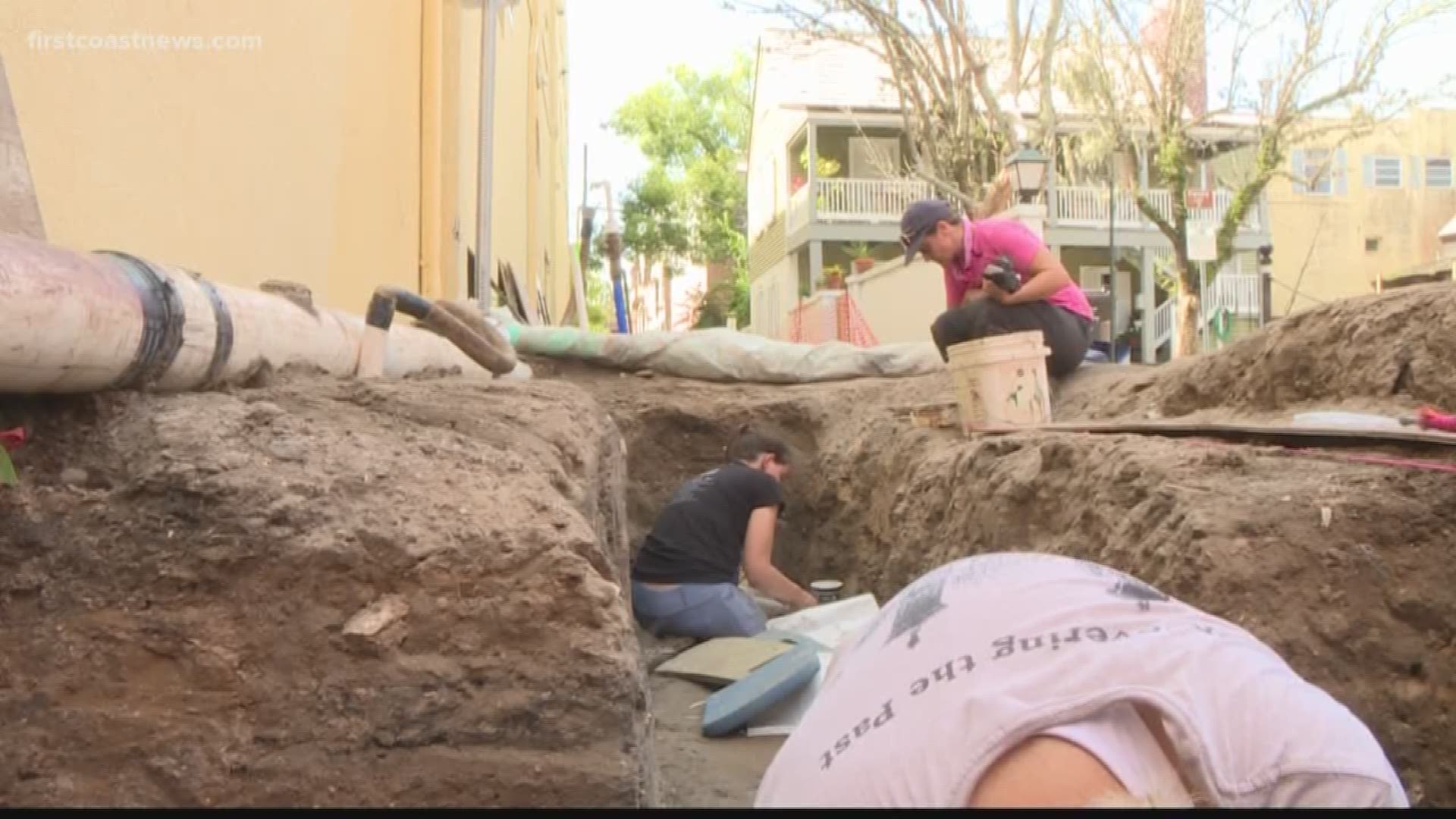 ST. AUGUSTINE, Fla. – More burials of what could be St. Augustine’s first colonists have been discovered. They are within inches of where burials were found during an archeological dig in 2017.

This time, they were found while construction workers were working on Charlotte Street in downtown St. Augustine. The city archeologist was monitoring their work and ordered construction be halted as soon as a bone was found.

The skeletons are believed to date between 1572 to 1702. It’s believed they were buried under the floor of the first Catholic parish church in what is now the United States. It was customary during colonial times to bury people under the church floor because it was considered holy ground. St. Augustine was founded in 1565. According to historical documents, the church was established near this site in 1572. It was burned in 1702 when the rest of the city was sacked by the British.

In 2017, more than 20 burials were discovered by St. Augustine City Archeologist Carl Halbirt under the floor of a shop at the corner of King Street and Charlotte Street. His team worked for months to excavate and study the burials which included Africans, Europeans, men, women, children, and babies. They were buried in the Christian way, with arms folded, and heads in the east, feet in the west. The dig extended to the street by the building, Charlotte Street, where more burials were discovered. The street was being torn up because utility pipes were going to be placed underground. In the middle of 2017, the archeological dig ended. Most of the bones were sent to the University of Florida for analysis.

In the late spring of 2018, a contractor was working along Charlotte Street again. Andrea White, St. Augustine’s new City Archeologist, said the contractor wanted to lay a utility pipe a couple feet further west of the area where last year’s archeological dig took place. Upon digging, the construction crew discovered a human bone and construction was halted. White and her archeological team began carefully digging and discovered several bones, believed to be more burials from the same colonial church site.

The City of St. Augustine, the Catholic Church and the State of Florida are working together to coordinate the plan for the burials. White said the bones will be re-interred by the Cathedral Basilica as well as deeper under Charlotte Street. White will continue to dig to ensure the burials are properly cared for before the construction resumes.