Twenty-two restored cannons are making their way back to the Castillo de San Marcos National Monument. They were removed in 2018 for a restoration project. 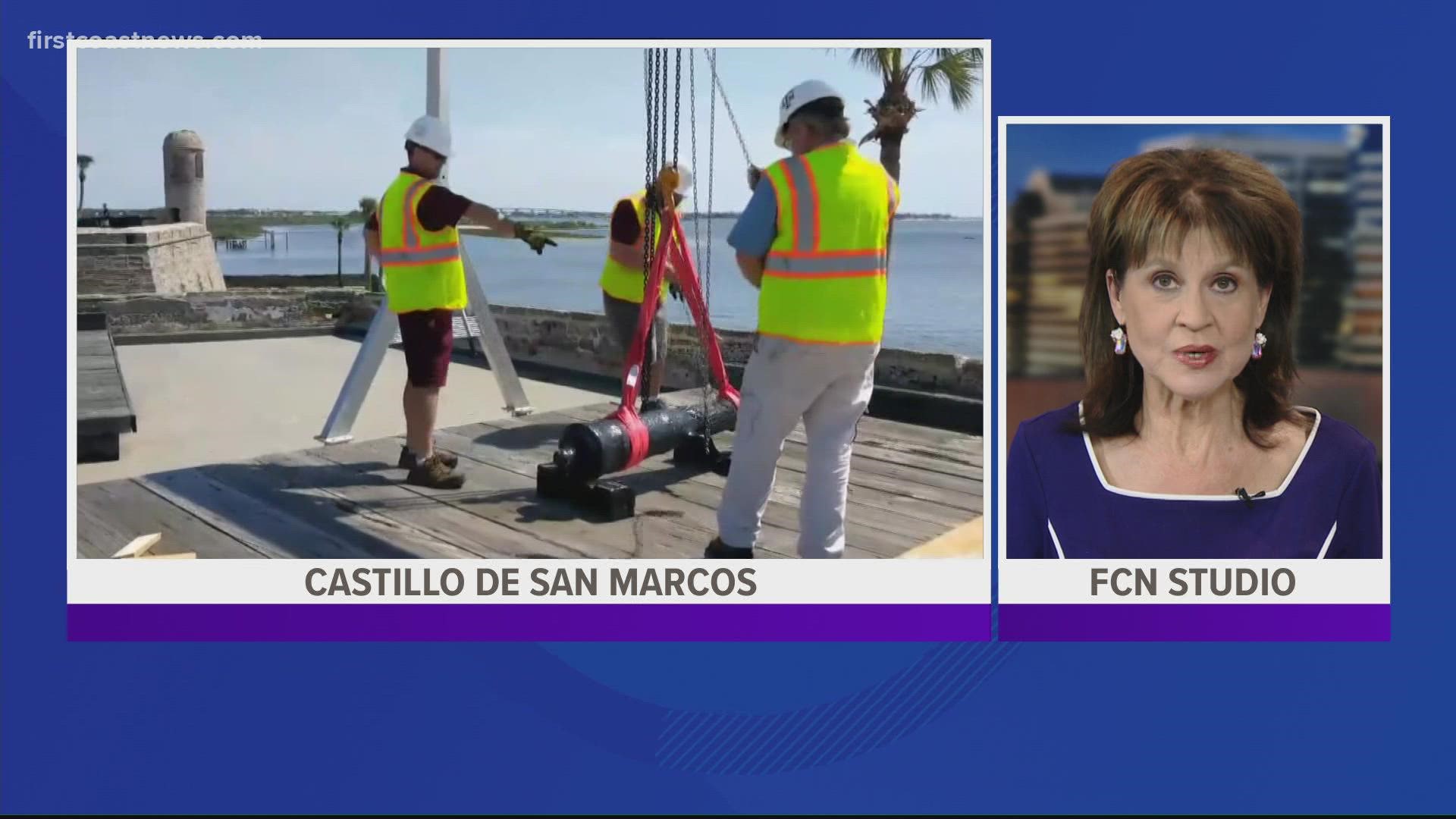 ST. AUGUSTINE, Fla. — The fort in downtown St. Augustine will be closed to the public Monday because of a special delivery.

Twenty-two restored cannons are making their way back to the Castillo de San Marcos National Monument and will be placed there Monday. They were removed in 2018 for the restoration project.

One of the cannons dates back to the 1690s. The heaviest weighs 8,000 pounds, about the weight of a hippopotamus.

The Conservation Research Laboratory at Texas A&M University has been removing the rust that has collected on the cannons over the centuries in the coastal air. The treatments will protect the cannons from ongoing corrosion from exposure to the elements.

Castillo de San Marcos was built by the Spanish in St. Augustine to defend Florida and the Atlantic trade route. It is now the oldest masonry fortification in the continental United States, representing more than 450 years of cultural intersections. Learn more at www.nps.gov/casa.