A woman dressed as Aunt Jemima, her face painted brown, has sparked a small protest outside of The Bunnery in St. Augustine. 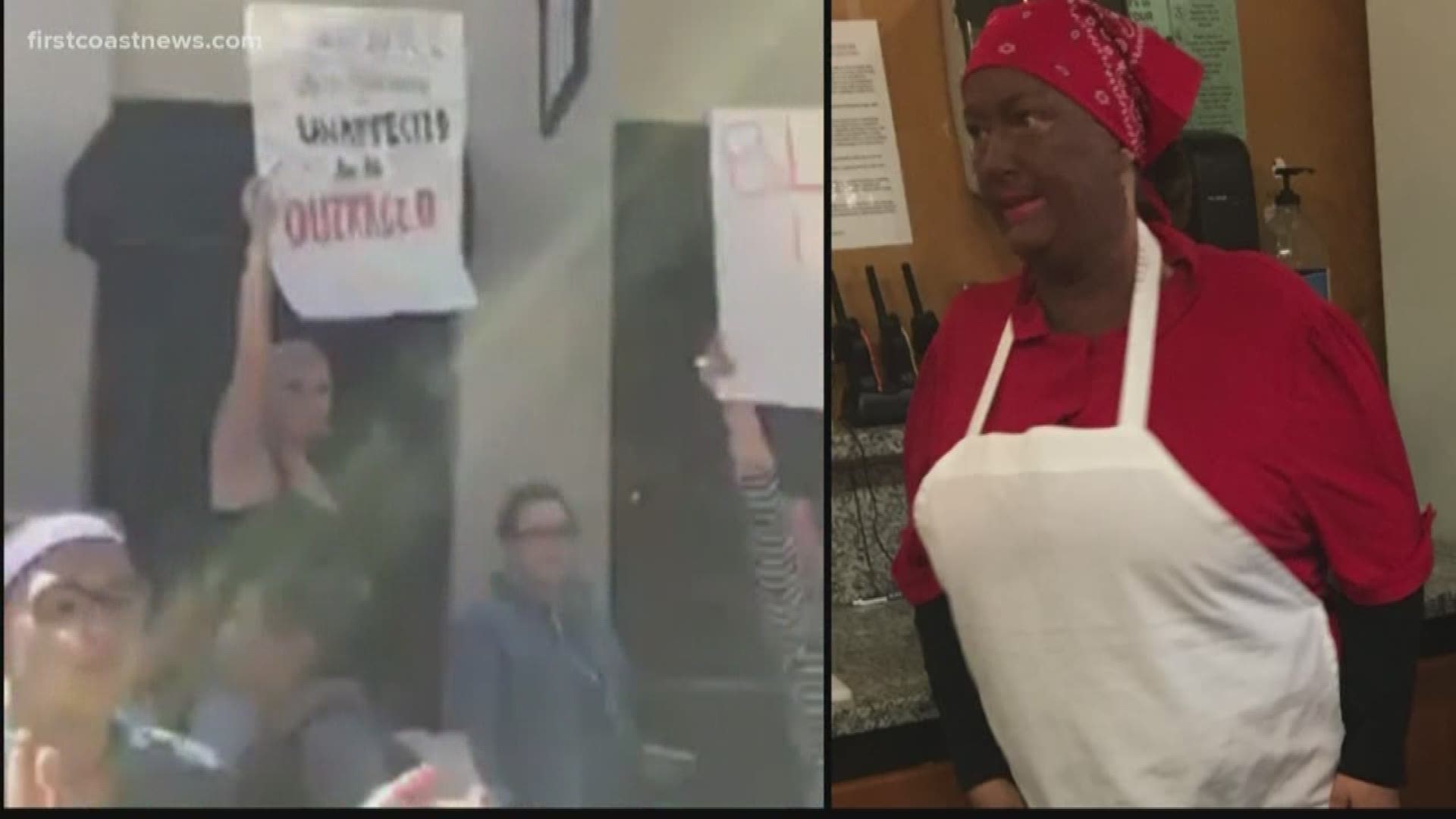 A Halloween costume worn by a St. Augustine woman has sparked at protest outside the business where she works.

The woman works for "The Bunnery", a bakery and cafe on St. George Street. She came to work dressed as Aunt Jemima, with her face painted brown.

Pam Cross, owner of The Bunnery, said racism was the farthest thing from their minds. The woman in the costume has biracial grandchildren, though she herself is white.

According to Cross, the African-American workers were all asked their opinions of the costume and none of them were offended. She said that The Bunnery is a safe place to work and a safe place to be and she is not sure what they are protesting.

Protestors gather outside, voicing distaste for a worker from The Bunnery who came to work dressed in black face. pic.twitter.com/VG6sBrvHZ1

However, about two dozen protesters, seemingly college students, came to the business to protest what they see is a racist gesture and not in the proper Halloween spirit.

Blackface, however, has long been considered a form of racism. Originally it was used as a way for white actors to profit off of stereotypes like African-Americans are stupid, lazy, poor, and criminals. These depictions go back to Minstrel shows the 1850's where performers would adapt blackface as a form of comedy at the black community's expense.

These shows were the first representations of African-Americans in media and made light of slavery.

Cross invites the protesters to come into the store and see who they are and what they are about.

They have issued an apology: