St. Augustine home with excavated dune up for sale

The permit claimed the dune was excavated due to sand blowing on the property. The property's listing on Zillow now advertises an "outstanding panoramic ocean view." 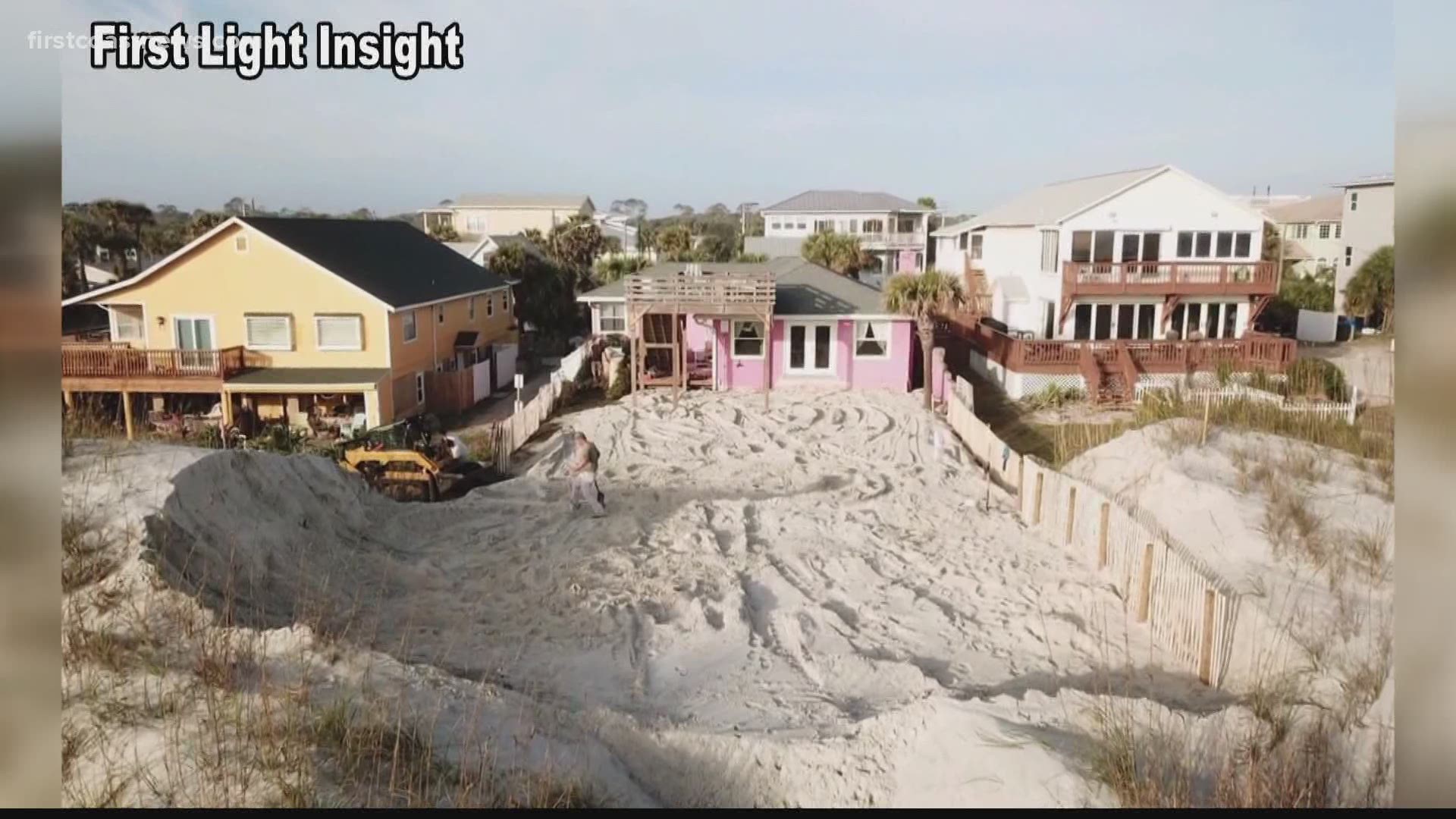 ST. AUGUSTINE, Fla. — A “for sale” sign is now sitting in front of the home that outraged many St. Augustine residents in January after the homeowners excavated the dunes in front of their house.

“If you’re sitting in your living room and see the ocean during a storm, you’re setting yourself up for failure and unfortunately you’re taking your neighbors with you,” said Undine George, St. Augustine Beach City Commissioner.

The homeowner’s permit to excavate the dunes by the Department Of Environmental Protection stated the home had an issue with sand blowing onto their property.

“He was getting sand in his house,” neighbor Dave Bradfield said. “That was the argument, but clearly there was intent beyond that.”

Many neighbors say the intent was for an ocean view, which is highlighted in the property’s listing on Zillow.

“It makes for a great marketing opportunity because the view is beautiful,” said Jan Thomas, a local real estate broker.

The home is listed on Zillow for over $1.8 million.

“In reality though, I think that would be a hard sell,” Thomas said.

Thomas said tearing down the dune probably has hurt the property value.

“Because we had two hurricanes as you know and water would just come rushing up to the house,” Thomas said.

Thomas said if the dune excavation is not disclosed to a new owner, they could sue if their home is damaged in a storm.

First Coast News called the property’s real estate agent for more information and to get in touch with the homeowners for comment. She said she was meeting with them Tuesday but did not give an update.