The goal is to protect older homes from flooding, especially the kind created by new homes built next door on higher ground. 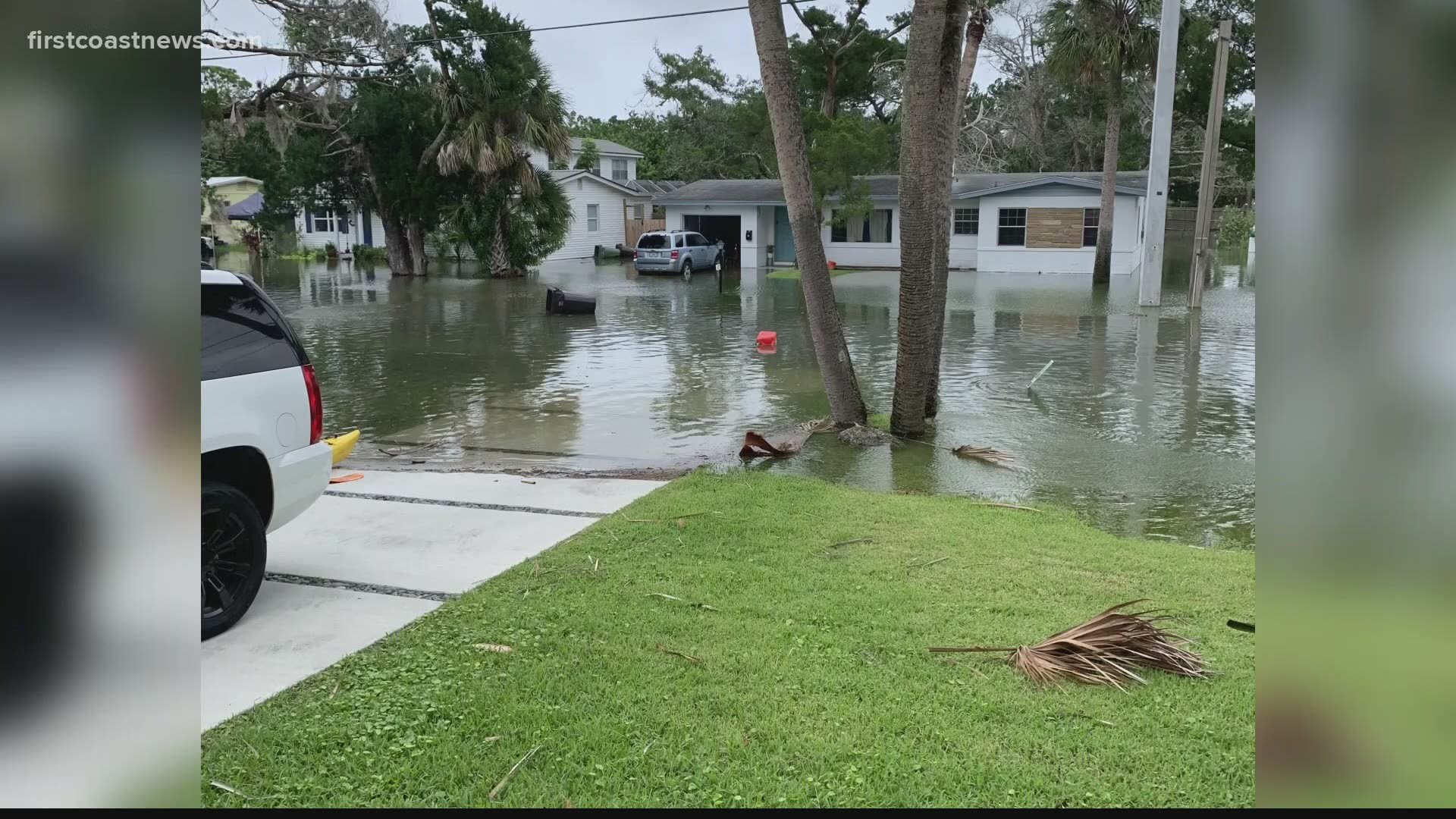 ST. AUGUSTINE, Fla — The prospect of rising seas is forcing the Ancient City to take a new approach to home construction.

The goal is to protect older homes from flooding, especially the kind created by new homes built next door on higher ground.

After their home flooded during Hurricane Matthew, Keith Brantly and his wife rebuilt and elevated their home in the Davis Shores neighborhood.

He remembers construction crews "brought in about 30 loads of sand." Their new home is built that dirt.

Because their home is now so much higher than their neighbor's house, Brantly and his wife did something to keep water from running onto their neighbor’s home.

"We ran piping from the gutters off the roof, down into a conduit, and that conduit takes it out into the road," Brantly explained. "That way we’re a good neighbor. We’re not just dumping a bunch of water on our neighbors’ houses."

That kind of water action plan was not required when Brantly built. However, now the city of St. Augustine is considering a new rule that said if a landowner builds a new home in an older neighborhood, they must have a plan for stormwater runoff.

"You have to get it out onto the street or to some other body of water. You cannot just shed it to the adjacent property owner," Jon Benoit said.

Benoit founded BEHST Builders in St. Augustine, and he was part of the task force that created the recommendations for the city.

Benoit expects that it will not be a significant cost to implement the recommendations when building a home, possibly between $2,000 – 5,000.

"We’re trying to get in front of rainy day flooding that happens when there’s no hurricane or storm event, it’s just a lot of water coming at high tide," Benoit said.

Brantly supports the city making the idea a mandatory rule, especially now that new homes have to be built at a certain elevations.

"I think it’s a good idea," Brantly said. "I think it should be a part of the macro plan of how we’re going to elevate houses and things like that."