The St. Johns County Sheriff's Office says someone poured an oily substance on the memorial and attempted to set fire to it. 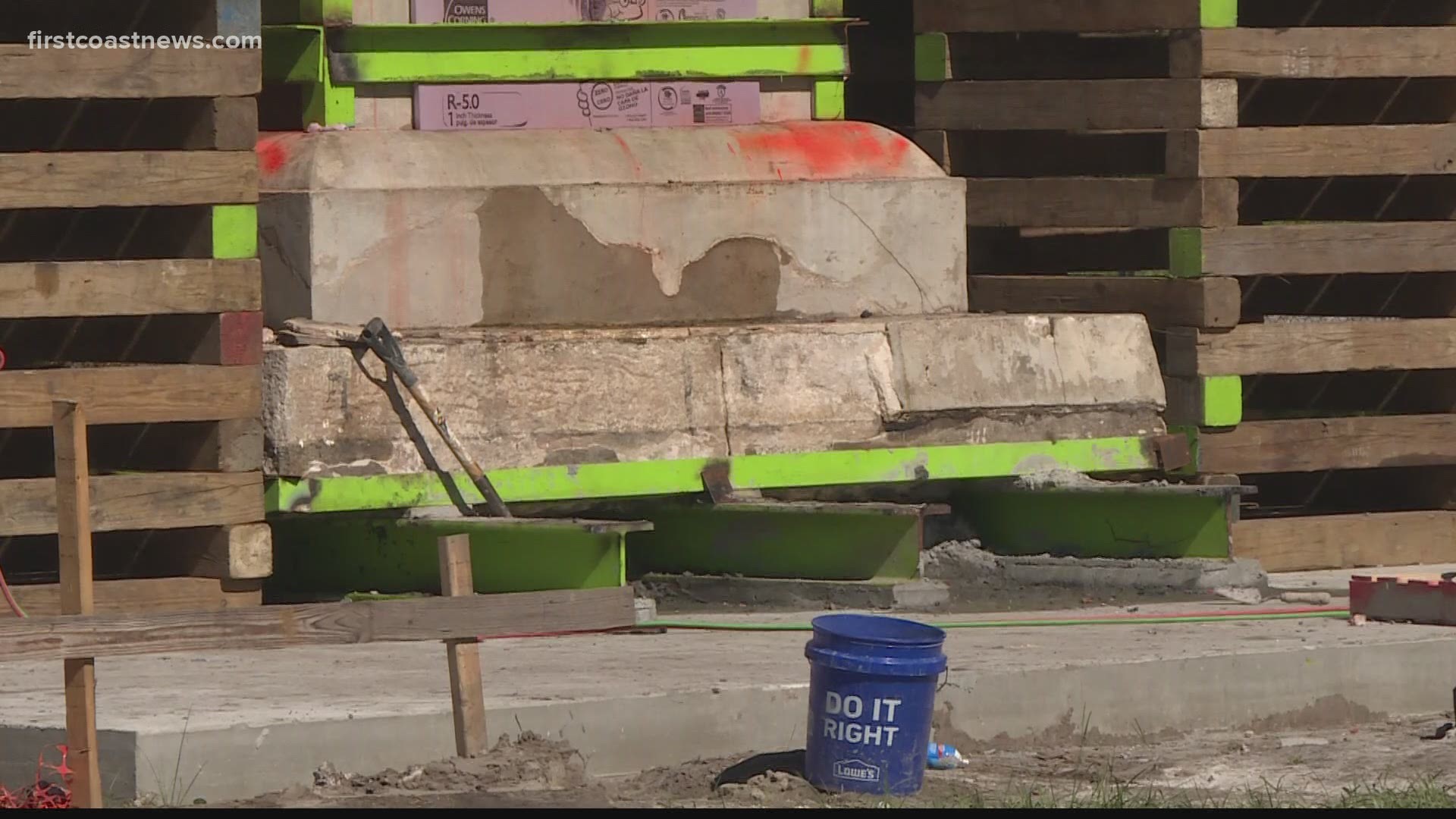 ST. AUGUSTINE, Fla. — The Confederate Memorial which was relocated from downtown St. Augustine this month was vandalized overnight.

According to City of St. Augustine spokesperson Melissa Wissel, it appears to have spray paint on it and someone attempted to set fire to it.

The St. Johns County Sheriff's Office says someone spray painted the concrete foundation of the memorial and the wrapping which covers the memorial.

The vandal also poured an oily liquid on the memorial and tried to set it on fire, but it did not fully ignite, the sheriff's office says.

The memorial is still in the city's possession even though it is on the Trout Creek Fish Camp property, SJSO says. The sheriff's office is investigating to determine how the memorial will be cleaned up and how much damage there is.

The Confederate memorial was moved to the Trout Creek Fish Camp on State Road 13 by barge and truck. It was scheduled to be placed on a base today.