The owner of Chop Shop said he gets his supply from regional farms, but said there's always the risk of a trickle-down effect. 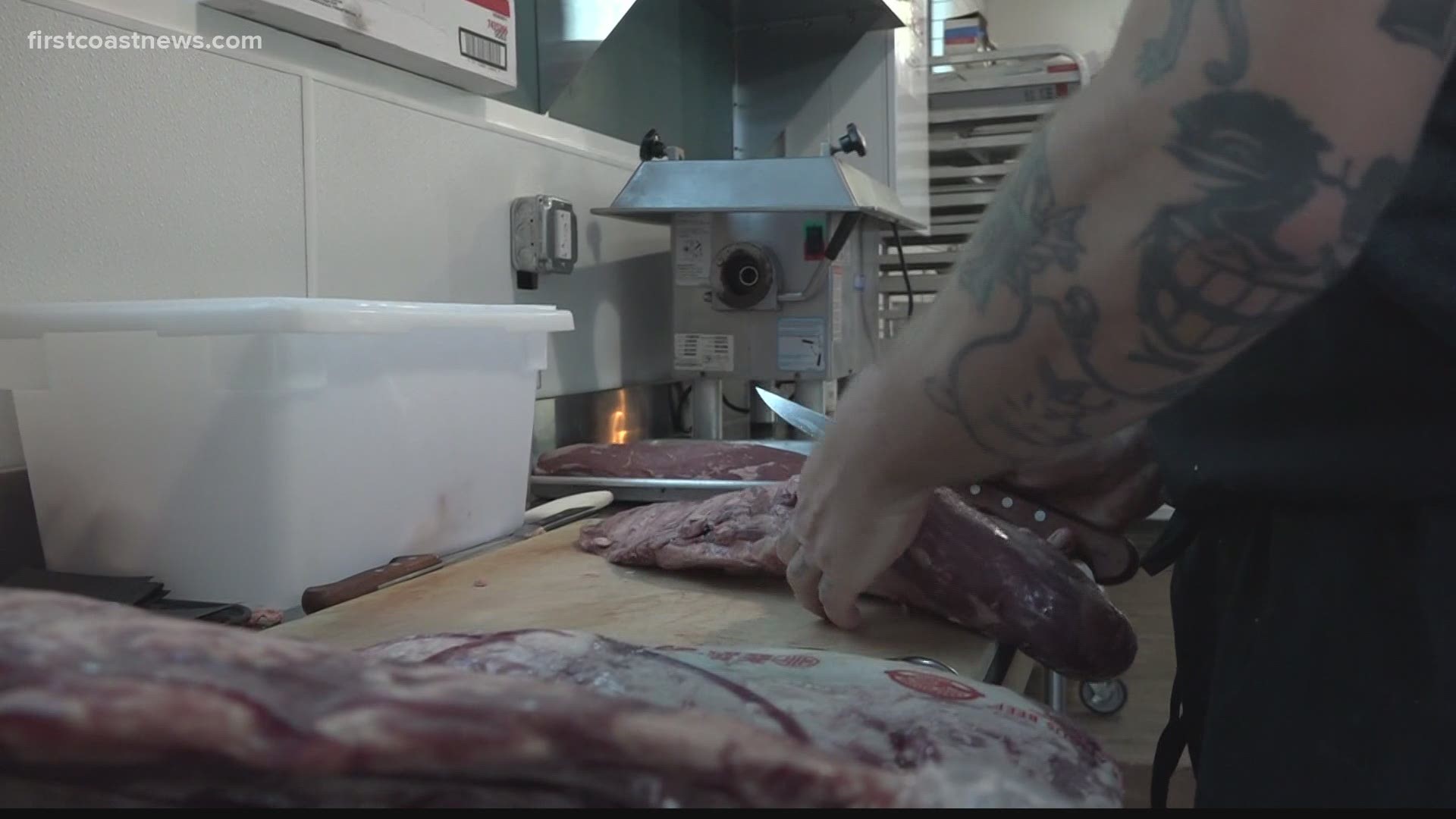 ST. AUGUSTINE, Fla. — The biggest meat processing company in the world, JBS, said most of its plants are back up and running Wednesday after a ransomware attack this weekend.

Just as JBS was getting back online, the ferry that goes to Cape Cod, Nantucket and Martha's Vineyard fell victim to a cyber-attack Wednesday morning. These attacks come after ransomware a ransomware attack on the Colonial Pipeline affected gasoline last month.

The owner of Chop Shop in St. Augustine said his store hasn't been affected by the JBS hack because he gets his supply from regional farms.

"Luckily, throughout this little process that we have going on right now, we're not seeing any issues," Brian Whittington, the owner of Chop Shop, said.

He has, however, been paying close attention to the hack.

"Any time you have issues in the meat market, even larger chains, it kind of ripples down. So, we’ll really watch the market over the next two weeks to see what it does, but the unfortunate part is we’re already seeing a rise [in price], so when you see things like this happen, it’s going to ripple down and probably going to make prices a little bit more," Whittington said.

"If we would’ve seen it go past seven days [the hack], I would’ve really had a concern just because a seven-day period of being down in the processing industry is a big one," he said.

JBS supplies major U.S. brands like Costco and Walmart. Company leaders told the White House they think Russian criminal hackers were behind the attack. President Joe Biden is meeting with Russia's president in two weeks. Cybersecurity will be a topic of conversation, the White House said.

Whittington said this latest attack, paired with the others, shows cyberattacks are becoming more normal, no matter your industry.

“We’ve got to be protected and I think the benefit [of this hack] might be showing, 'hey, in this small four-to-five-day period it shows a huge issue that we could have in the future,'" Whittington said.

Christopher Krebs, former director of the U.S. Cybersecurity and Infrastructure Security Agency, told the Today Show Wednesday morning every company needs to improve its security in the wake of these attacks.

“They went after our gas and they went after our hot dogs. No one is out of bounds here.” -Christopher Krebs, former director of the U.S. Cybersecurity and Infrastructure Security Agency, on recent ransomware attacks pic.twitter.com/0tPWIgGEOq

RELATED: US pipelines ordered to increase cyber defenses after hack