St. Augustine Amphitheatre to reopen for concerts in January

Safety measures will include mandatory face masks, but not when you are in your seat. Temperature checks will be taken before guests even get into the venue. 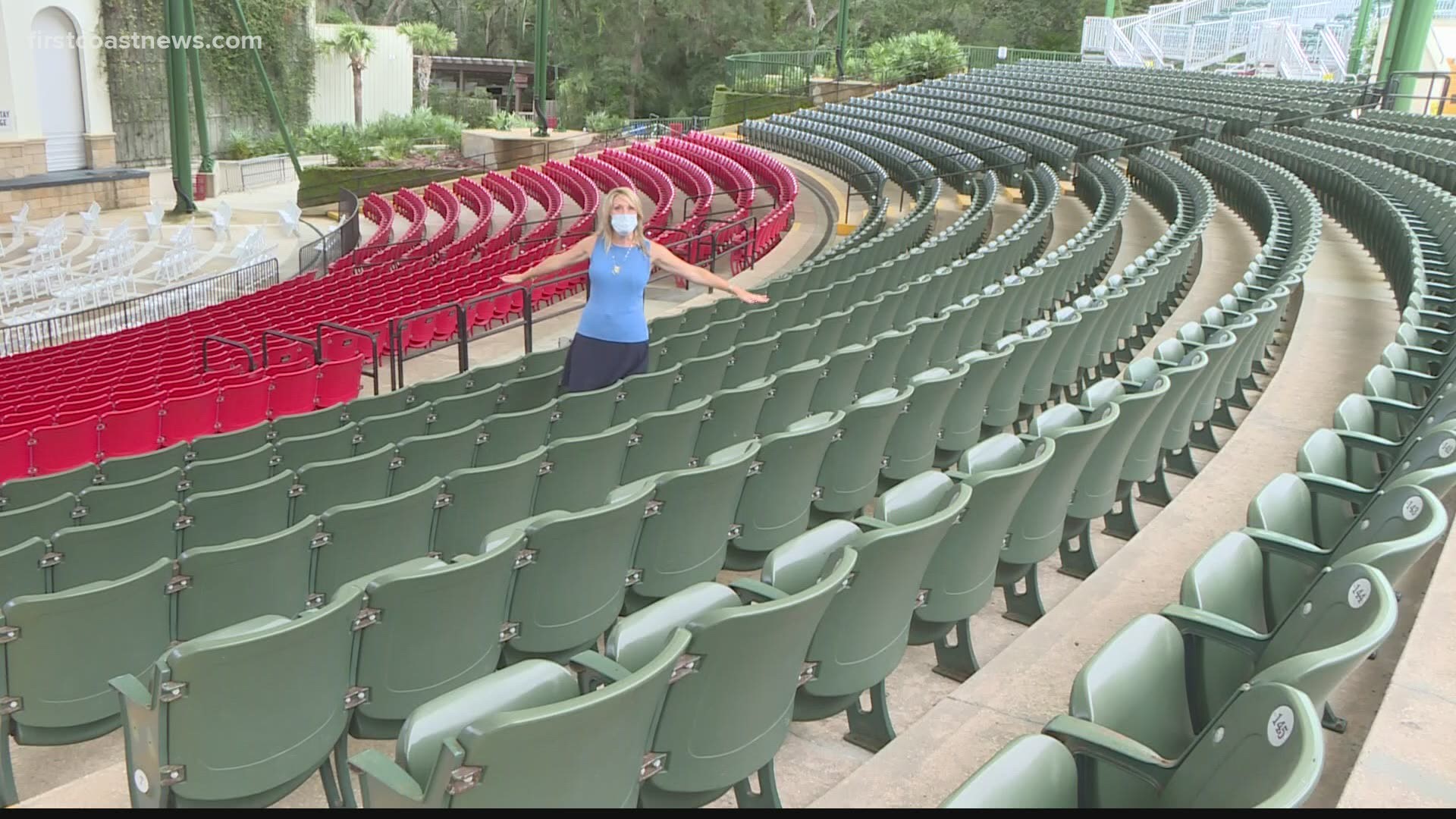 ST. AUGUSTINE, Fla. — The live music venue is slowing coming back to life.

The St. Augustine Amphitheatre has scheduled its first concert since the pandemic for January. Its last concert was in February.

When COVID-19 took the stage in the U.S., the St. Augustine Amphitheatre, like many live music venues, shut down. General Manager Gabe Pellicer plans to reopen the amphitheater Jan. 15-16 with its first concert, Jacksonville’s own JJ Grey and Mofro.

"We feel so prepared," Pellicer said.

Safety measures will include mandatory face masks, but not when you are in your seat. Temperature checks will be taken before guests even get into the venue, and they won’t even know it.

"We have technology where we can scan mass groups to see if there’s anyone who has a higher temperature," he explained. "We’re hiring a medical professional who will assess to see if that person is safe to enter or not."

Also, security guards will no longer "wand" you for weapons.

"We’re going to go with walk-in metal detectors instead of wanding," Pellicer said.

As for passing a ticket to a ticket-taker, "We’re hands-off. We’re not going to have ticket scanners. We’re bringing in a kiosk, and you can scan your own ticket," Pellicer explained.

Once inside, groups of two to six people will be spaced out away from other guests.

According to amphitheater staff, all of the red and green seats will be removed. They’ll be replaced by chairs that can actually lock. It's so people won’t just go ahead and find another chair to sit in. This will help maintain those separated groups of guests.

It will operate at only 36 percent capacity, so 1,700 customers. But will the St. Johns County venue even be able to break even?

Pellicer said, “It definitely pays for itself. It will keep us operating, but the intent is to bring live music back. If we were going to wait and look at it from an economic standpoint, we would just continue to be looking further and further down the road. We’ve spent the last seven months doing that."