Jacksonville Housing CEO Frederick McKinnies was fired days after a report from the inspector general backed claims that he had sex with multiple employees. 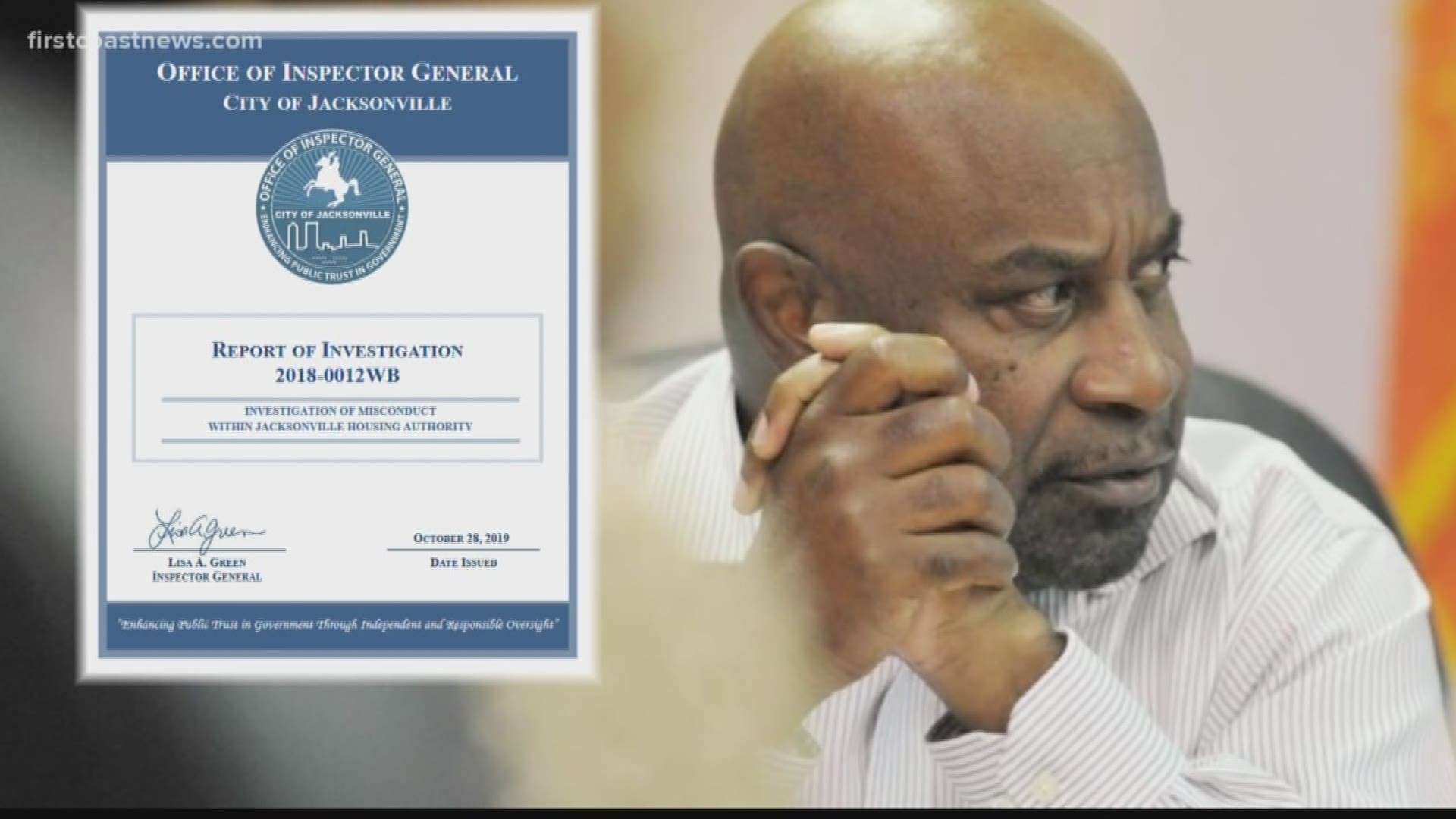 JACKSONVILLE, Fla. — The CEO of the Jacksonville Housing Authority was fired Wednesday evening after a recent report substantiated claims that he had sexual relationships with multiple employees dating back to 2001.

Frederick McKinnies was voted out during a special JHA meeting held just days after Jacksonville's inspector general released its investigation into McKinnies to the public, also revealing an affair with a JHA client.

"A few years ago, he actually fathered a child with one of the tenants," board member Jon McGowan told First Coast News.

During the special meeting, McKinnies' attorney announced McKinnies' retirement, asserting the motion to terminate him would be moot.

That didn't stop the JHA board from passing the motion to dismiss McKinnies.

Acting CEO Dwayne Alexander will continue to act as CEO pending a search-and-interview process, the JHA board said.

But City Councilor Garrett Dennis, who represents District 9 and is the council's liaison with the housing authority, said he wants to see a nationwide search for a suitable permanent successor.

"I truly believe that a permanent replacement isn’t currently working for the Jacksonville Housing Authority," Dennis told First Coast News after the meeting. He declined to elaborate on that lack of confidence.

He also speculated about why McKinnies' transgressions continued for so many years unchecked.

"You have people that just won't talk," he said. "They won’t speak out against it."

Another question raised by the dismissal is whether McKinnies will be eligible for his pension, which Dennis said would project to 50 percent of McKinnies' most recent annual salary of about $190,000 for life.

"I’m not sure," Dennis said. "That’s something that I need to get with the general council moving forward."

The dismissal puts an end to McKinnies' paid administrative leave, which began in November 2018.

"It was the only fair thing to do," McGowan said, acknowledging that McKinnies was paid without working for almost a year, "to make sure that he was treated as innocent until we had something to prove otherwise."

The report also substantiated claims that McKinnies had sex on JHA property with an employee.

According to the investigation report, McKinnies was accused of sexual harassment, violations in standards of conduct, conflict of interest and receipts of gifts, violation of JHA's internal policy and an improper salary increase.

The allegations of sexual harassment and improper salary increase were unsubstantiated, the report said.

McKinnies had been employed with JHA since 1993 and had served as president since 2013.