One Brunswick resident says the committee's conversations surrounding the Hanover Square statue have been confrontational. 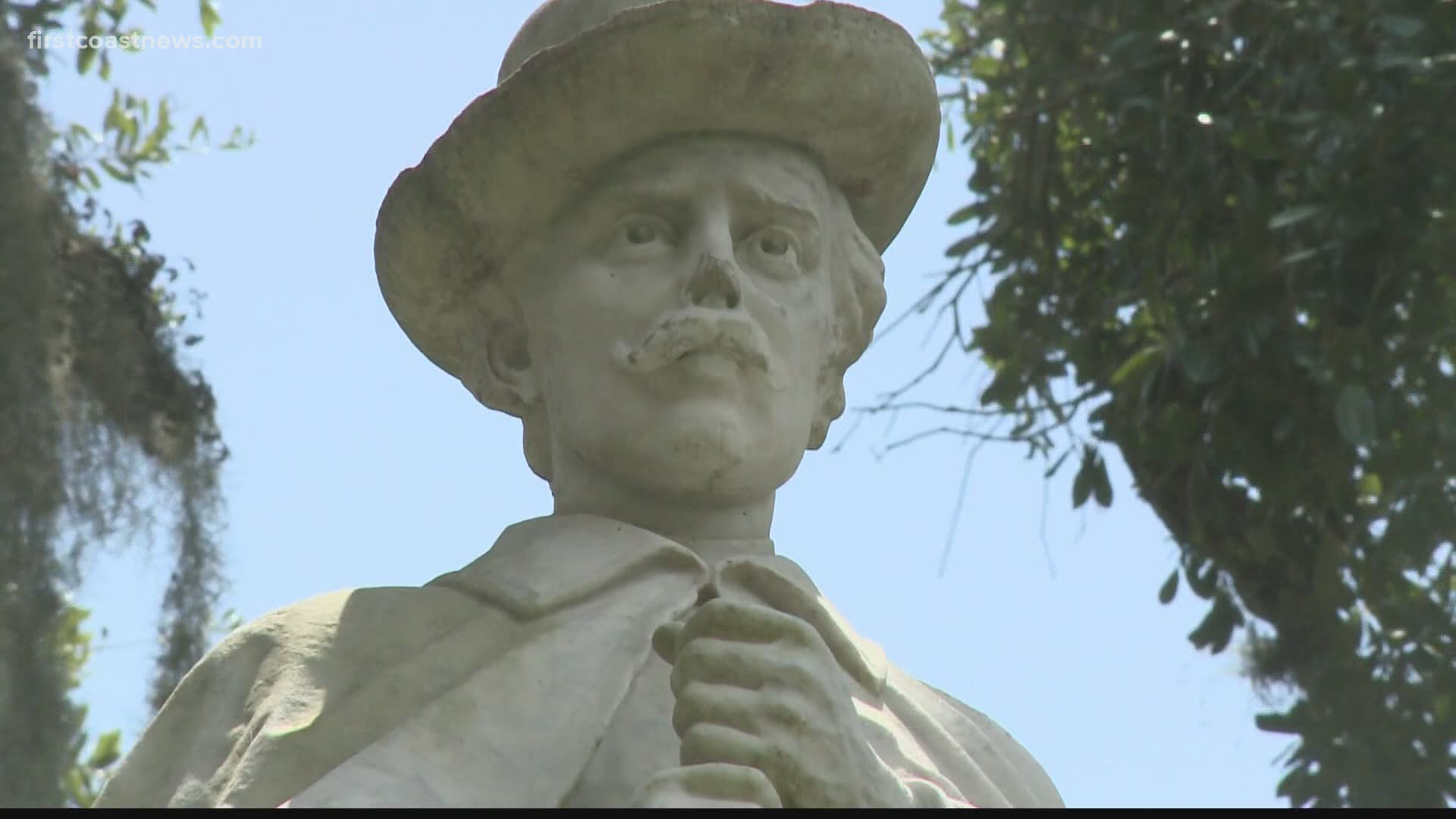 BRUNSWICK, Ga. — The death of Ahmaud Arbery has reignited conversations about race in Brunswick. Some of those conversations include what to do with a Confederate soldier monument in the Golden Isles.

The city of Brunswick has formed a special committee to decide the fate of the statue in Brunswick’s Hanover Square.

A Brunswick resident born and raised in the city would like to see the statue removed. A city commissioner who is on the panel says members will weigh all options.

The monument of a confederate soldier in Brunswick was previously vandalized.

The initials “BLM” appear to be cleaned up on two sides of the statue.

Samantha Gilder thinks the statue should be removed from the park.

“I’m fine with it being removed. But I know there’s talk of legalities and perhaps adding context to it, which even that I would be okay with. But as is, I think it’s harmful to the community,” Gilder said.

Gilder says she has tuned in to the first two meetings of the Hanover Square Monument Committee. The Zoom meetings, broadcast on the City of Brunswick Government Facebook page are held weekly.

Committee members include historians, community leaders and descendants of Confederate veterans. Gilder says some of the talks have been confrontational.

A special committee has formed to decide the fate of this confederate statue in Brunswick. Some say the committee is having confrontational talks in their meetings. I have this story tonight at 5:30 @FCN2go pic.twitter.com/1IhmCydhPs

“I think there’s one person on the committee who, it's been borderline harmful the way she addressed the statue and other committee members,” Gilder says, referring to committee member Linda Chancey.

In past meetings, comments on social media have criticized Chancey for how she has addressed community members.

“Specifically, on the second meeting, there were two upsetting comments. One where she [Chancey] directed questions toward committee members, asking what the state flower was and what the state tree was…She suspected that this is information a fourth-grader would know,” Gilder said.

On the Zoom meeting, Chancey apologized for her comments directed at committee member Shemeka Frazier Sorrells.

Later on in the meeting, the committee approved a recommendation that a moderator joins future discussions.

First Coast News tried reaching Chancey for comment, but haven't heard back at the time this story aired.

“I know everyone has opinions or ideas they would like to see done, but at the end of the day, we have to stay open-minded. I don’t have an opinion one way or another,” Williams said. “I know we all have different things we’ve experienced, but with that being said if it makes for better conversation."

Some have suggested removing the statue or adding context to the statue.

Williams says the committee will have to make a recommendation to the city council by the end of September.

Gilder is hopeful that future conversations surrounding the statue will be productive.

“The majority of committee members came on there with good intention and have an open mind and are trying to bring a helpful dialogue to the table, we need to make sure everyone has that same mentality,” Gilder said.

The committee’s next meeting will be held Tuesday at 6 p.m The meetings can also be viewed on the city’s Facebook page.