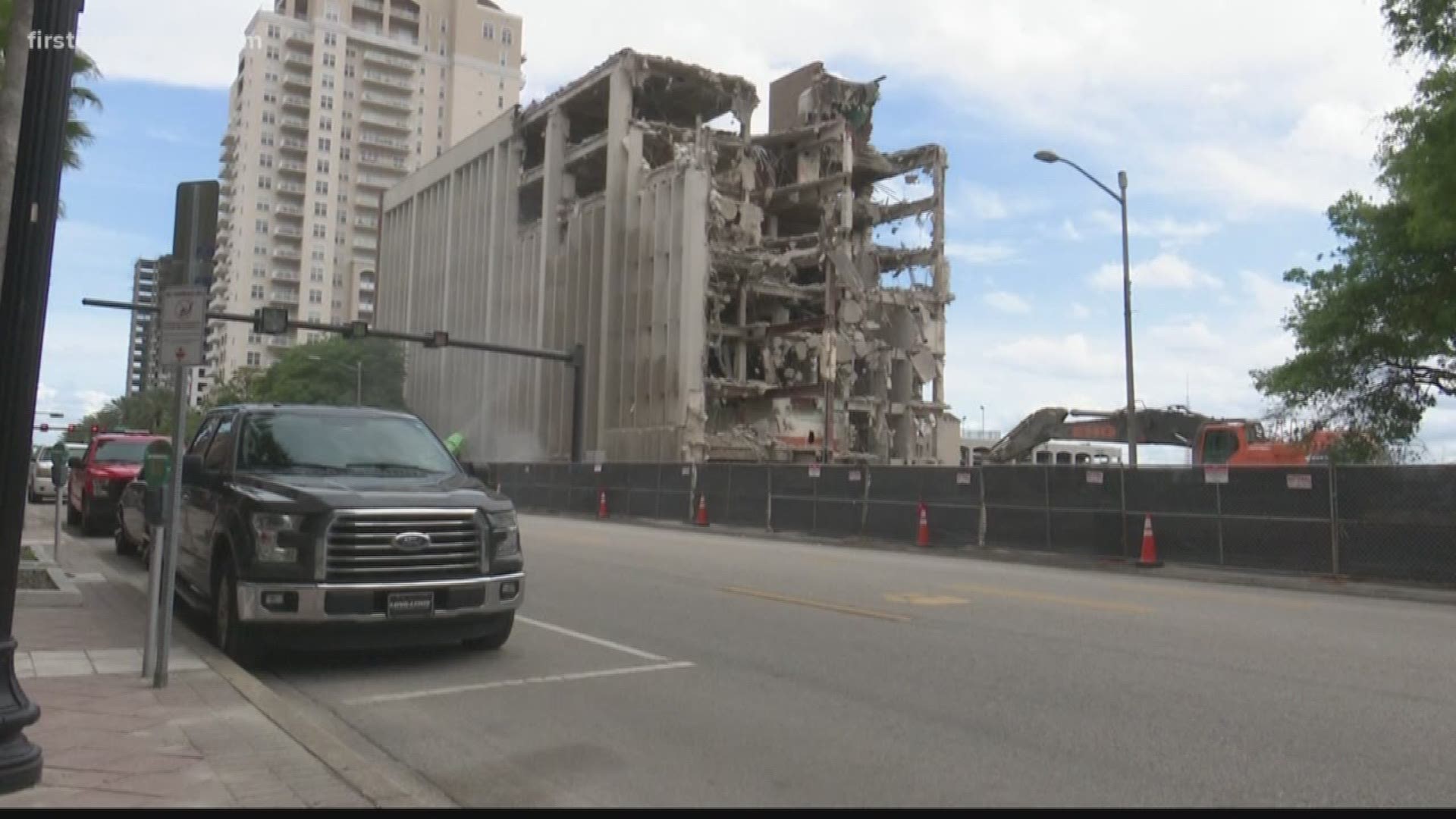 A New York development firm has the inside track to turn the grassy lots where the old county courthouse and city hall once stood into a downtown Jacksonville hub with 520 apartments and possibly an urban grocery store.

A Downtown Investment Authority committee voted Tuesday to select Spandrel Development Partners for redevelopment of the site along Bay Street where the city demolished the courthouse and 15-story city hall annex last year.

The committee’s selection clears the way for the full DIA board to vote on Spandrel next week. DIA and Spandrel then would negotiate a redevelopment agreement over several months that could go later this year to City Council.

Spandrel’s concept, which it touted as a way to “bring the population to the water and the water to the population,” beat out The Related Group’s proposal for bringing residences to the city-owned land near the St. Johns River.

The property, which the DIA calls Ford on Bay, is near the Hyatt Regency Jacksonville Riverfront hotel and the Plaza Condominium at Berkman Plaza and Marina. The Elbow entertainment district is on the other side of Bay Street from the vacant lots.

Further down Bay Street is another swath of empty city-owned land called The Shipyards that the city has been trying for years to position for private development.

Ben Scharf, associate for acquisitions and development at Spandrel, said the firm considers the empty land between Bay Street and the St. Johns River as an attractive location for attracting downtown dwellers.

“It’s a really unique position in downtown and serves as a real point of connectivity between the Shipyards and The Elbow entertainment district and the civic core, as well as the riverfront,” Scharf said. “That’s what really attracted us to this site.”

Spandrel would build the apartments in phases with 270 units in the first phase and then another then 250 units for full build-out.

Scharf said the ground-level space could be used for retail and restaurant space that “brings people in and creates a destination.” He said some possibilities would be space for restaurants and bars, and services such as a boutique fitness center.

The Downtown Investment Authority’s property disposition committee voted Tuesday to support the recommendation of an evaluation committee that awarded top scores to Spandrel.

Based on comments from DIA board members, Spandrel will have support as well when the choice comes up before the full DIA board on Feb. 19.

The old county courthouse and city hall annex had been vacant for years when the city tore them down in 2019 in an $8 million demolition.