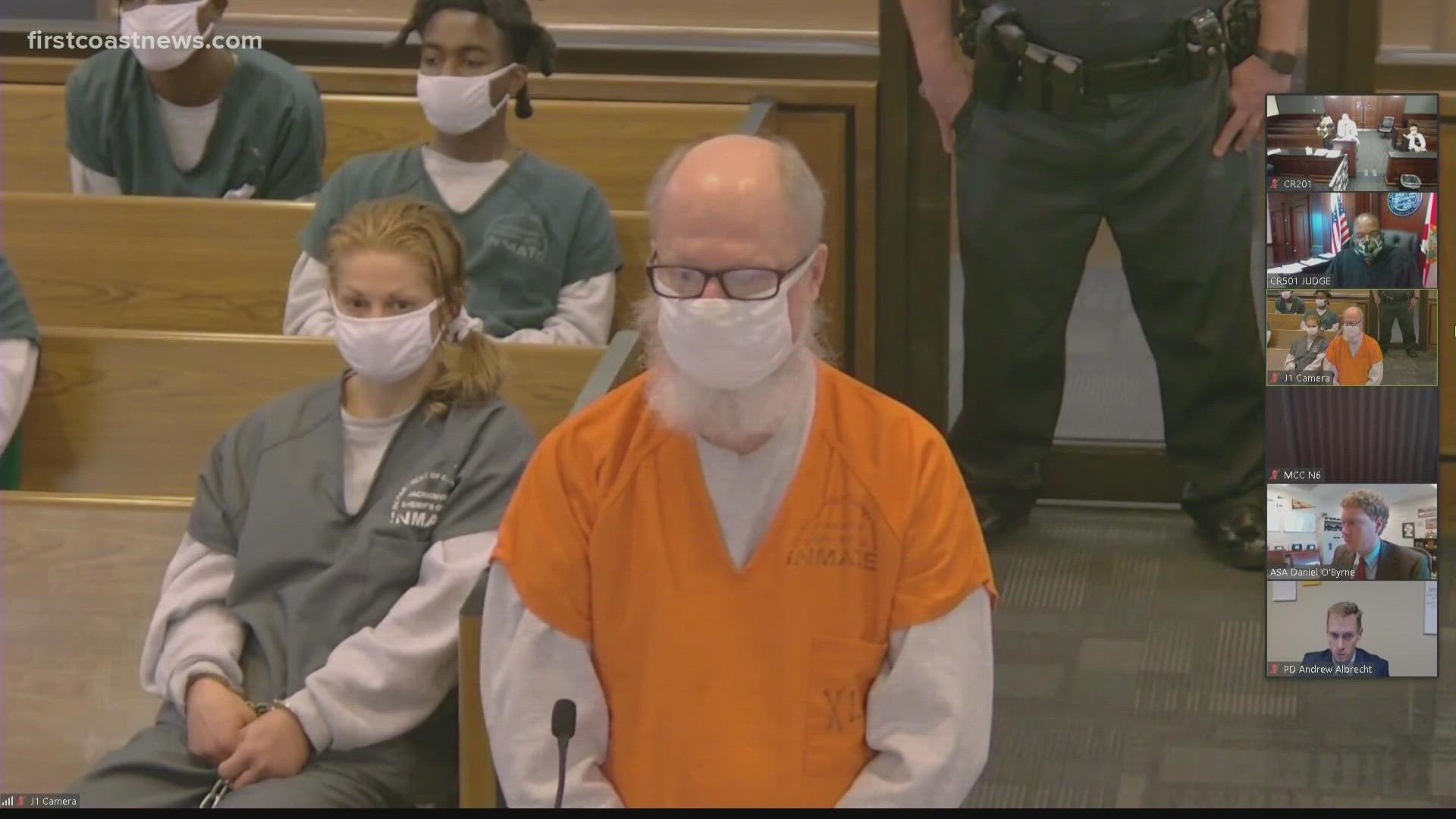 A former Jacksonville Sheriff’s Office detective charged with stabbing a convenience store owner to death has agreed to plead guilty to avoid the death penalty.

According to law enforcement and legal sources, former JSO detective William “Billy” Baer will plead to a slew of charges stemming from the 1999 stabbing death of convenience store owner Saad Kawaf.

He is slated to plead guilty and face sentencing Tuesday, Sept. 28.

Police and prosecutors say the decades-old cold case was solved in 2020 via genetic genealogy.

They say Baer, now 56, and his ex-wife Melissa Jo Schafer, 52, ambushed Kawaf, 39, as he was preparing to leave his Deerwood home to make a bank deposit. Kawaf was stabbed to death in his garage, while his wife was taken inside and duct-taped to a chair. Officials say the couple made off with about $30,000.

Baer, who served 27 years with the Sheriff’s Office, has been in the Duval County jail since his arrest. He served on the force until 2002.

Schafer pleaded guilty in December, agreeing to testify against her former husband.

At the time of the crime, Kawaf owned the Forest Discount Store. He was being investigated by the FBI and JSO for making large cash bank deposits — an investigation in which Baer was involved.

Case investigators believe money was the motive for the crime. Both Baer and Schafer initially pleaded not guilty.

No sentencing date has been set for Schafer.