'Something amazing,' Residents surprised to see a dolphin in Slidell waters after Ida

“From this morning everyone’s been looking and taking pictures and stuff like that and I was curious,” said Anthea Burey. 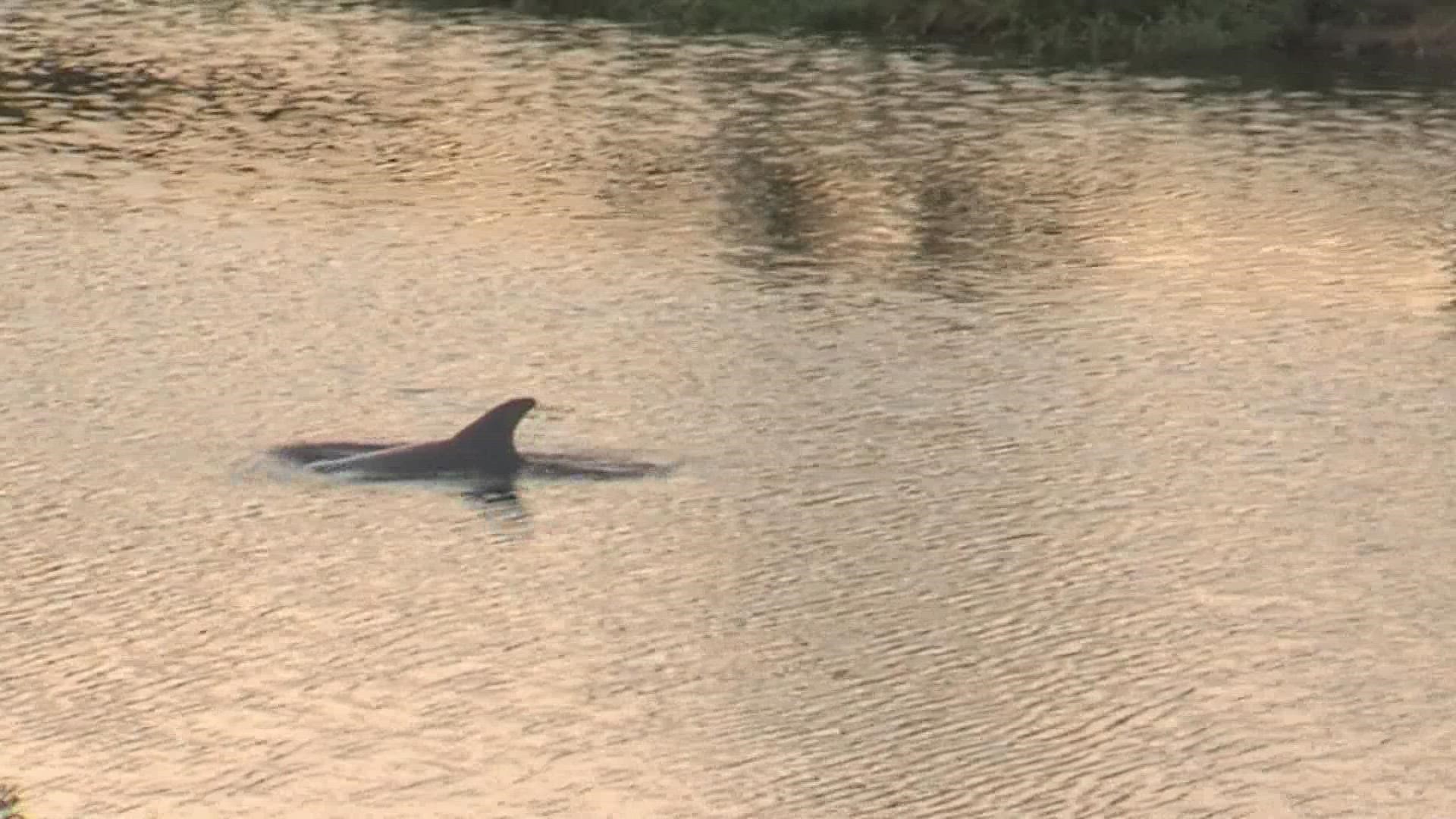 SLIDELL, La. — Cars lined up, people sitting in the grass, all in awe of a sight that’s not seen every day, a dolphin stuck between a levee and a pump station near the intersection of Pontchartrain Drive and Oak Harbor Boulevard.

“From this morning everyone’s been looking and taking pictures and stuff like that and I was curious,” said Anthea Burey.

“After all this this is something amazing,” said Anthea Burey.

“For me it’s not funny to see dolphins suffering like that. I can’t do anything. I can do nothing,” said Molina.

Molina has been checking on the dolphin ever since he spotted it.

“There’s a lot people that are watching and I didn’t see anybody trying to help him,” said Molina.

Molina said he just wants the dolphin to make it back home safely.

“I would like to see somebody help,” said Molina.