"Many places won't survive a second shut down. They're just starting to get over the first one." 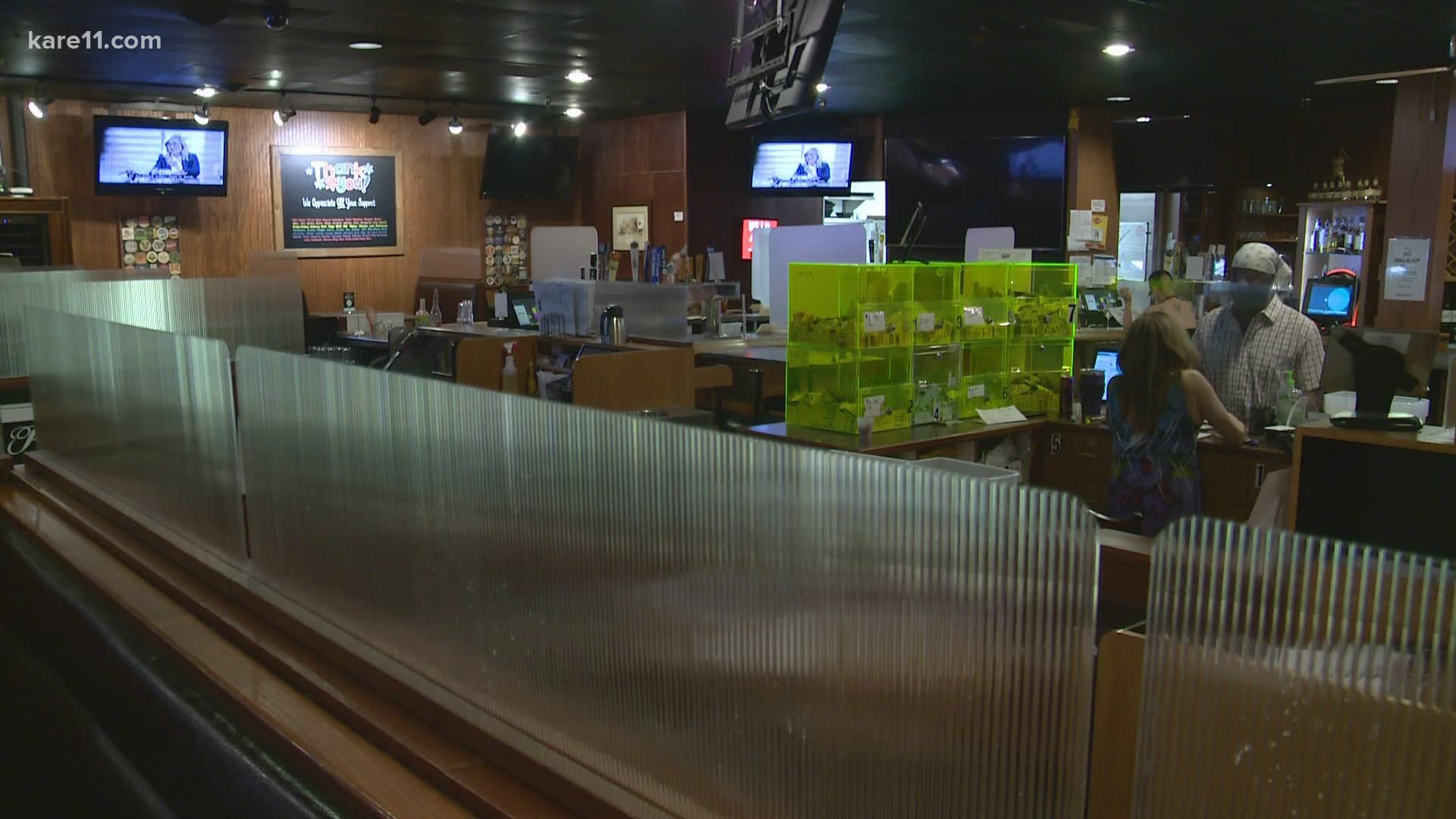 ST. LOUIS PARK, Minn. — At least three Twin Cities restaurants have temporarily closed for cleaning within the past week, after they each say an employee tested positive for COVID-19.

Freehouse in Minneapolis reopened Friday after closing for 24 hours to disinfect. In a Facebook post, the restaurant said a staff member who works in the kitchen contracted the virus, and all employees who came into contact with that person were sent home.

The Lexington in St. Paul posted on Facebook Thursday that it was made aware of an employee who contracted COVID-19. In the post, the restaurant wrote that the employee did not have any direct contact with guests. The restaurant was closed Friday for cleaning. It will reopen Wednesday, which a company representative told KARE 11 was the next day it was scheduled to be open.

The Park Tavern in St. Louis Park closed for the first time in nearly 40 years last weekend after its owner says an employee tested positive for the virus. Phil Weber says the restaurant requires all employees to take their temperature before coming into work. He said this employee had a fever, so they didn't come to work, and instead got tested for COVID-19.

"[We] never closed a day until [last] weekend, but obviously [closing] was a no brainer," said Weber.

Weber says they disinfected all surfaces, then hired a company to come in to spray and sanitize.

"The fogging took a full night," he said. "Three people were in here fogging, and they just take it [the sprayer] and blast every touchable surface."

Credit: The Park Tavern
The Park Tavern hired a company to spray and sanitize their building last weekend after the owner says an employee tested positive for COVID-19.

Weber had already put up partitions on booths in the dining room, dividers at the bar, and closed every other lane for bowling.

It all comes after what's been a hard year for every restaurant, The Park Tavern included.

"The first month I was down 95-percent, which was just about nothing," Weber said. "But now, I'm sitting at just about 60 percent down from where my volume was."

Weber says he worries that restaurants in the state will face another mandatory closure of their dining rooms.

"Many places won't survive a second shut down. They're just starting to get over the first one," he said. "It's a David and Goliath thing. The coronavirus is the Goliath and we are the David. It's a hard battle for us to fight."