Residents say they haven’t seen the city come out after the storm to pick up the debris on their sidewalks. 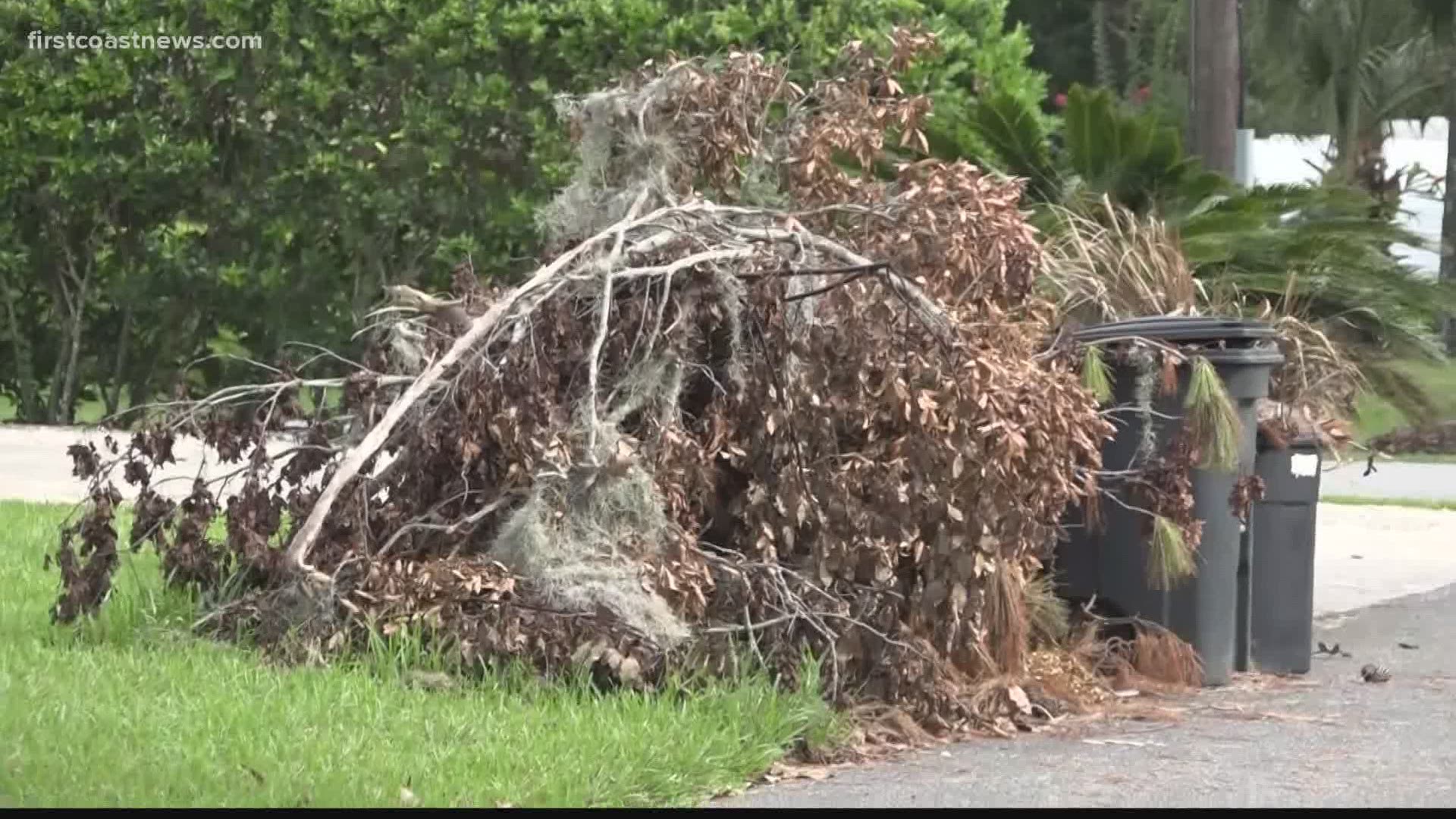 JACKSONVILLE, Fla — It’s almost been a month since Tropical Storm Elsa hit Jacksonville and some residents near the San Jose area are still waiting for the city to pick up the leftover debris.

“Lot of fence damage. Lot of tree branches that were fallen down too. we picked up the debris and out on the side of the road but it hasn’t been picked up," said Jaymes Romanofski, resident of San Ardo Drive.

On San Ardo Drive, branches are stacked to about over three feet and Romanofski says this isn’t something he looks forward to seeing every day.

“Just knowing that there’s a public park here too and knowing people like driving by and at the very least it turned our two-lane road into a single lane road and that’s kind of annoying to deal with," said Romanofski.

First Coast News also talked to a resident on Spinola Road who says she made many complaints to city about the leftover debris killing her grass.

“I had just sodded this and have been taking care of this since last summer and I finally got it green again and I’m like oh my gosh it’s gone," she said.

First Coast News reached out to the city about the leftover yard waste and we haven’t gotten a response yet, but some neighbors are hoping the city clears up their streets soon.

“Besides the debris, it’s a nice park and a nice neighborhood over here but the debris kinds of makes it not as nice," said Romanofski.