It's peak snake season, but it's not just hot weather that's bringing them out. 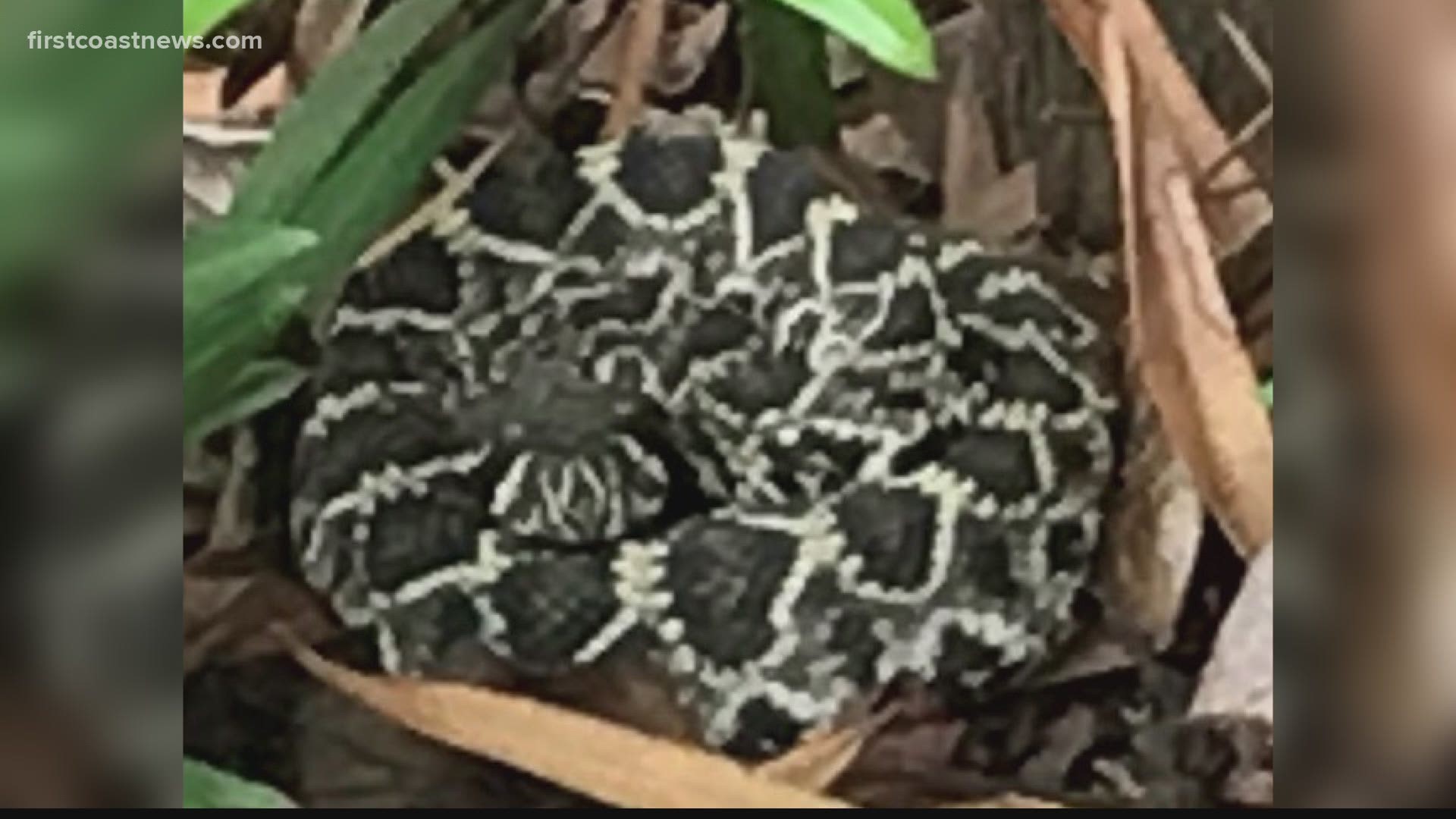 JACKSONVILLE, Fla. — Nocatee, Oakleaf Plantation, Wildlight: Just a few of the massive housing developments going up around the First Coast to accommodate the booming population.

The number of people in Jacksonville alone rose nearly 11 percent from 2017 to last year, according to the Census.

It’s growing at a faster rate than the state is – more than six times faster.

But as the land is developed, the wildlife is pushed out – including the animal that probably gives most people the willies - snakes.

“Well, you have diamondback rattlesnakes, cottonmouth water mocassins – the poisonous ones,” Brandon Booth of A1 Trapper Wildlife Removal began listing the venomous species on the First Coast.

Native Floridians grow up learning the safe ones from the poisonous ones, but the newcomers helping to spur that population growth sometimes need a lesson. After all, different species have unique markings, but they’re not exactly labeled for ease of identification. And, no one is immune to a bad run-in.

Dennis Melvin of Jacksonville was letting his year-old pup Auggie out the evening of July 11. Auggie was bitten by a cottonmouth water moccasin. Thankfully, Melvin and his wife were able to kill and identify the snake and get Auggie help within an hour.

"His paw was swelling up immediately," Melvin said.

Brandon Booth with A1 Trapper Wildlife Removal says cottonmouth moccasins, diamondback and pygmy rattlesnakes and coral snakes are the dangerous species on the First Coast.

"They like to follow the Intracoastal and the ocean a lot, living around it, because there’s lots of food for them," he said.

But, he said, he’s seen his share of ‘urban’ rattlesnakes.

“I’ve killed them in downtown Jacksonville, in parking garages.”

Probably of even less comfort, Booth said he’s seen many instances of snakes getting into closed vehicles. But he emphasized that he’s never seen that happen with a dangerous species. He also pointed out that many non-venomous snakes do a great job controlling the populations of other dangerous animals that spread disease, such as rats.

"Because it’s pushing snakes out of areas where they’ve been used to being forever," Booth said.

Sometimes the snakes to near or even into homes. Here's what to look for if you cross paths with one.

"The head on a viper is always going to be bigger because they have the venom sacs on the lower jowl," Booth said, detailing vipers by definition are fanged and that vipers on the First Coast are venomous.

But the coral snake – the deadliest – isn’t a viper. It has teeth and extremely toxic venom, but it’s also a reclusive and shy species that would rather flee than bite in defense. Many sources say venomous snakes generally have slit-shaped eyes, while round-eyed snakes are harmless to humans.

"My advice is, if you don’t know what it is, stay away from it and call somebody like me," Booth said.

Dennis Melvin and his wife didn’t have time to do that: by the time they saw the snake in their yard, it had already bitten their golden retriever and time was of the essence.

“His paw was swelling up immediately,” Melvin said. His wife killed the cottonmouth moccasin with a shovel instantly because they knew they would need to identify the snake for the veterinarian to provide proper antivenom.

“You feel somewhat helpless because you want to help them, you see them in pain and you want to get them help as soon as possible.”

Given the experience, Melvin offered advice to other pet owners.

“Get pet insurance. That’s something I learned the hard way.”

Although Melvin didn’t specify the cost of the emergency treatment without insurance, Booth estimated a single dose of antivenom at about $1700.

Melvin said it would take time for him and his family to relax from fear when they see a blade of grass move. But given how close he came to losing his beloved pet, The doggie dad appeared about as fazed by the cost as Auggie was about the experience overall, the pooch bouncing around the yard as if nothing ever happened.

"He’s definitely back to being himself, for the most part," Melvin said.

For more information about snake safety, you can call A1 Trapper Wildlife Removal at 904-273-4779.

Below are photos of common snakes found on the First Coast.