Logistec, who owns the warehouse has several fire-related violations in the past several years according to the Brunswick News. 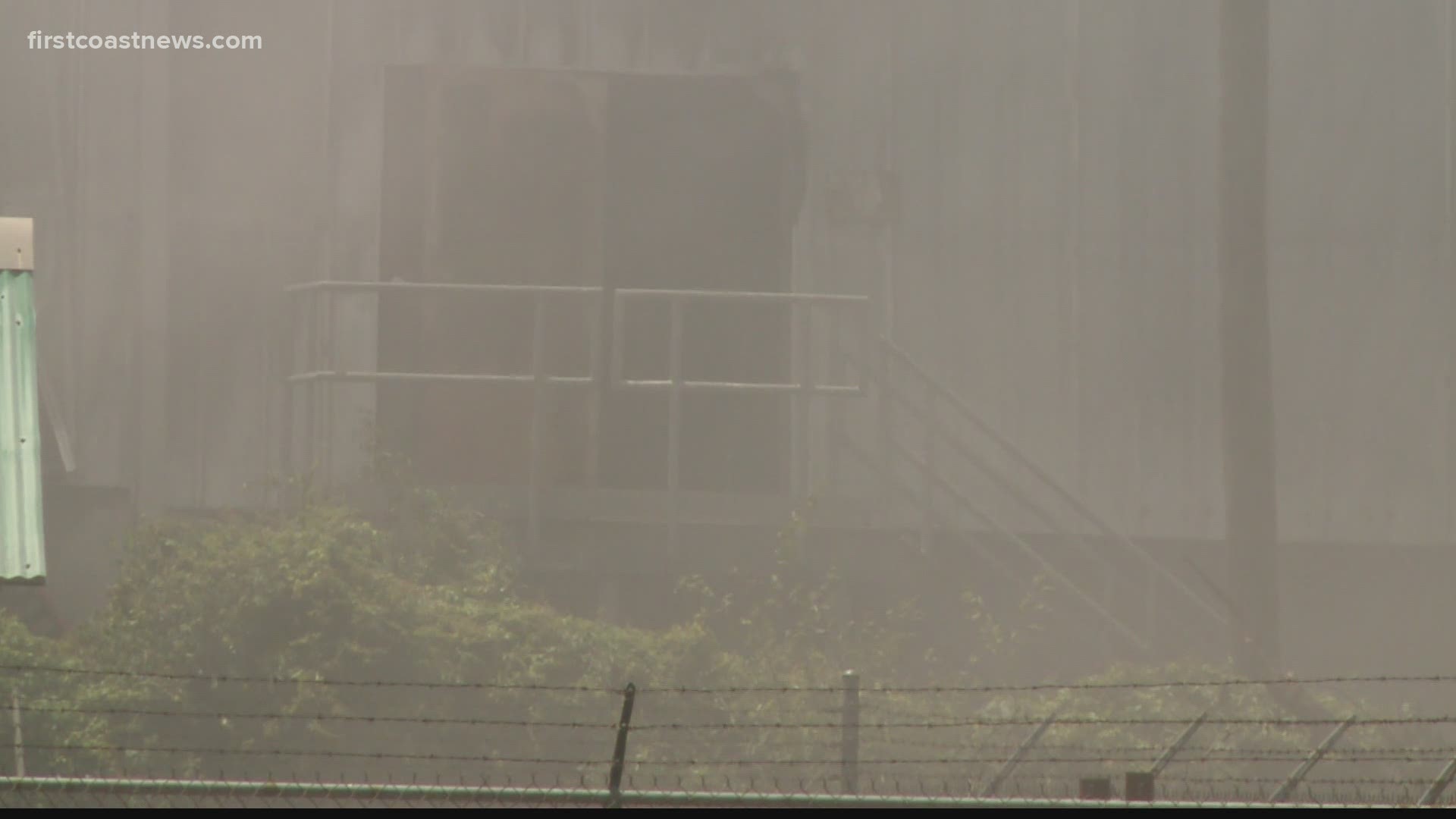 BRUNSWICK, Ga. — The wind carried the smoke left from a massive fire in Brunswick into nearby neighborhoods.

Sunday night after 7 p.m., firefighters responded to the fire at the Logistec wood pellet warehouse off of Newcastle Street after reports of an explosion.

“You can see it you can hear it, the heat was unbelievable," Chris Murray, who lives at the corner of Third Avenue and Newcastle, right across from the warehouse, heard the explosion during a barbecue at his home Sunday night.

“It was so hot that the roof, literally you could just about see through it and see the flames inside,” Murray said.

Firefighters tried to go inside the plant to put the fire out but were pushed back after a second explosion. More than 100 firefighters and first responders jumped in from neighboring counties to help put out hotspots, according to the Brunswick Fire Department.

Wood pellet manufacturing creates highly explosive dust. The dust caused a similar fire in 2015 and at least four smaller fires, according to the Brunswick News.

Logistec, a company that owns the warehouse, says there is no risk to the neighboring homes.

"The fire was the result of a smoldering event, resulting from a build-up of heat within the piles of wood pellets inside the warehouse. We will work closely with authorities and our customer, a renewable bioenergy manufacturing company from Georgia, in the coming days and weeks," a company spokesperson told First Coast News.

Logistec says the health and safety of their community and surrounding neighborhoods and their team members who live and work in the area are their primary focus.

Murray says the effects can be felt by vision and scent.

“Now the smoke is in the home, there’s no real way to get that out...this is a major concern of ours as well as all of our neighbors around here,” Murray said.

Murray is curious how Logistec will rebuild once the smoke settles.

“I hope whatever they do beyond my home they can make it safe and sound for all of this community in Brunswick," Murray said.

Fire officials say operations to contain the fire will continue.