The burning of debris was temporarily stopped Wednesday after homeowners came to Nassau County leaders with concerns about health problems and property damage. 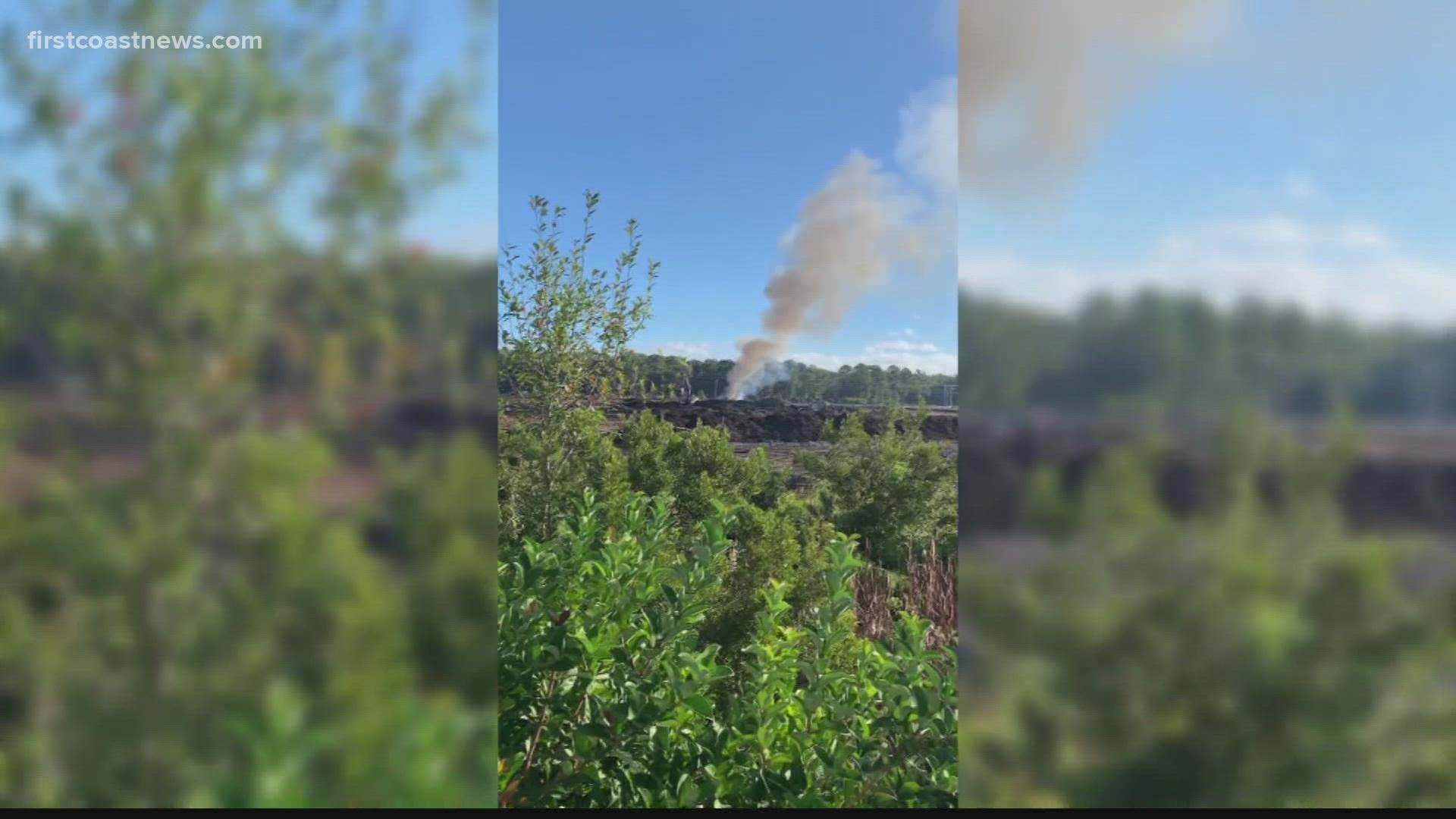 FERNANDINA BEACH, Fla. — Smoke and soot have been plaguing a community in Fernandina Beach. Homeowners say a developer burning of land clearing debris at a nearby construction site is the problem.

The burning of debris was temporarily stopped Wednesday after homeowners came to Nassau County leaders with concerns about health problems and property damage.

After they fell in love with the old oak trees and Victorian-style homes four years ago, the Harbor Concourse neighborhood became home for Kathy Reed and her husband.

“It comes into your house, it gets on your clothes, the smoke gets in your hair," Reed said.

Now, she says living in her dream home has become a nightmare after the burning of debris started at the Century Communities' construction site a few months ago.

During an emergency meeting with Nassau County Commissioners, a woman said her neighbor’s young child was at Wolfson Children's Hospital for six days because of an exacerbation of her asthma.

She asked the commissioners, "Is it worth a little girl being in the hospital and almost dying?”

An attorney representing the developer says they’re willing to stop the burning of land clearing debris until an agreement can be made with the commissioners. The Florida Division of Forestry says grants authorization to Century Communities for the burning of debris on a day to day basis based on weather conditions.

“I know I spoke to the developer, and I was told that they weren’t going to modify anything," district 2 commissioner Aaron Bell said. "I mean, this is going to continue to be an issue."

Bell, who represents Fernandina Beach, requested the county attorney put together a burn ordinance for the harbor concourse area in the event they don’t like the agreement.

The motion passed 3-2, with other commissioners not in favor of any new ordinance.

“A win-win solution is what we’re after. At least what I’m after," district 2 commissioner Jeff Gray explained.

Reed hopes that Century Communities considers hauling off the material instead of burning it.

“Burning because it's more cost-effective versus people's health. It really seems to be counterintuitive," she said.

A draft of the ordinance and an agreement with Century Communities is expected to be prepared for votes ahead of the commissioners’ next meeting on Nov. 8.