The plane is a single-engine Cessna 152, according to the Federal Aviation Administration. 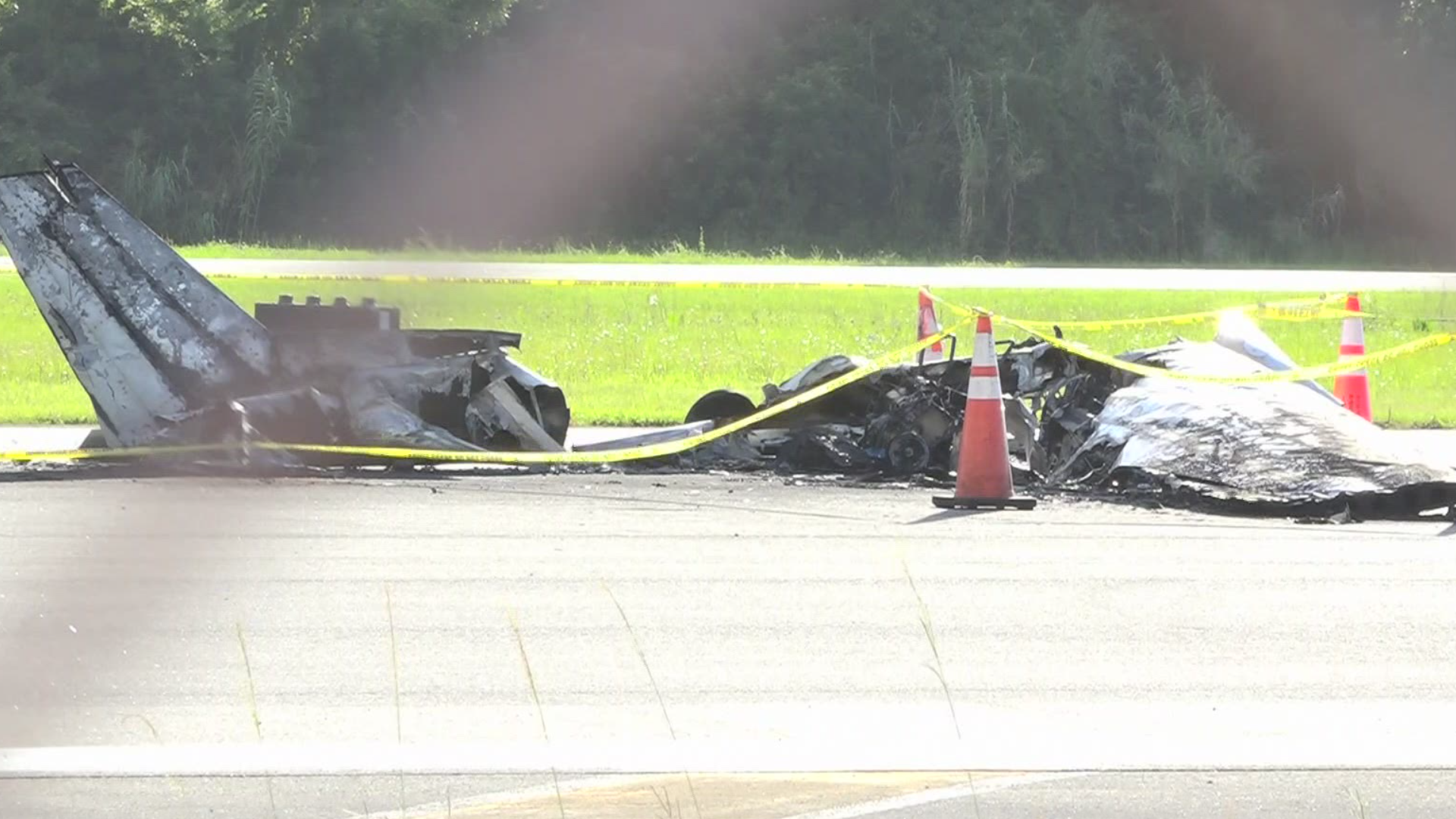 The plane is a single-engine Cessna 152, according to the Federal Aviation Administration. There were two people aboard the flight, both of whom died in the crash. They are not being identified at this time.

In a news conference Wednesday, an investigator with the National Transportation Safety Board confirmed one of the people one board was an instructor, and the other was a person interested in becoming a flight student. The crash happened during an introductory flight, a 30-minute flight for people interested in joining the school.

The Florida Highway Patrol said they have not yet contacted next of kin for either of the families. That is because of the victims' families lives out of state, and the other is from another country, FHP said.

Now, investigators are looking into three main components: the pilot's flight history, background, certifications, etc.; the aircraft's engine, body, etc.; and the environment, such as wind and rain conditions. They will also review tower calls but are not aware of any calls to the tower at this time, the investigator said.

Florida Flyers Flight Academy was listed as the Aircraft Operator, according to a report from the Federal Aviation Administration.

The plane crashed at around 2:30 p.m., as it was attempting to land, according to FHP. It is not known whether there was a mechanical issue with the plane or if the plane was coming in too fast.

The NTSB said the plane has been locked into a secure location nearby. Its investigation is expected to last 12 to 14 months, but there will be a preliminary report in the next two weeks.

The FAA released the following statement to First Coast News:

"The Federal Aviation Administration (FAA) will release the tail number of the aircraft after investigators verify it at the accident site. The FAA and National Transportation Safety Board will investigate. The NTSB will be in charge of the investigation and will provide additional updates."

Details are very limited at this time. First Coast News will update this story as more information is made available.