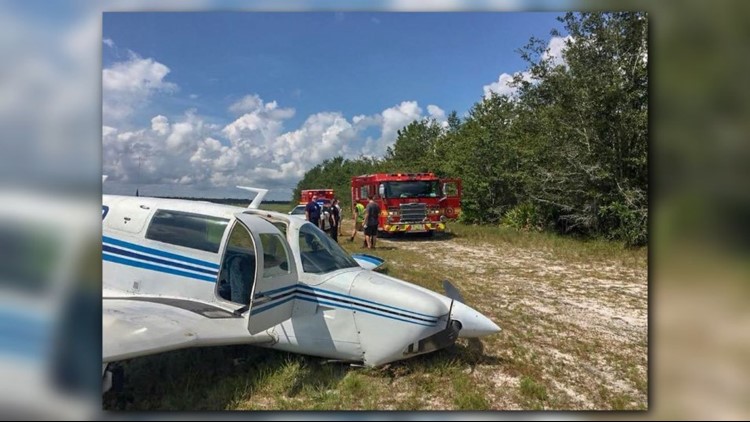 Photo by: Jacksonville Fire and Rescue Department
Photo from the scene of a small plane crash at Herlong Airport. (Photo courtesy of JFRD)

A pilot and passenger are safe Sunday after their plane lost power while 300 feet in the air, according to the Jacksonville Sheriff's Office.

Westside crews responded to this plane at Herlong Airport.....remarkably the pilot and passenger only had minor injuries and were treated on scene. pic.twitter.com/JDPPTC8fWy

It all started when the pilot took off from runway 7 at Herlong Airport at 9300 Normandy Boulevard but lost all power at about 300 feet in the air, says JSO. He attempted to land the plane in a grassy field east of the runway, but JSO says the plane skidded to a stop. The pilot and his one passenger sustained very minor injuries.

Federal Aviation Administration is leading an investigation into the incident with assistance from JSO.