The crash occurred around 7:40 a.m. in the Southwest area of St. Johns County near Barrel Factory and Leonard Roads, according to the Florida Highway Patrol. 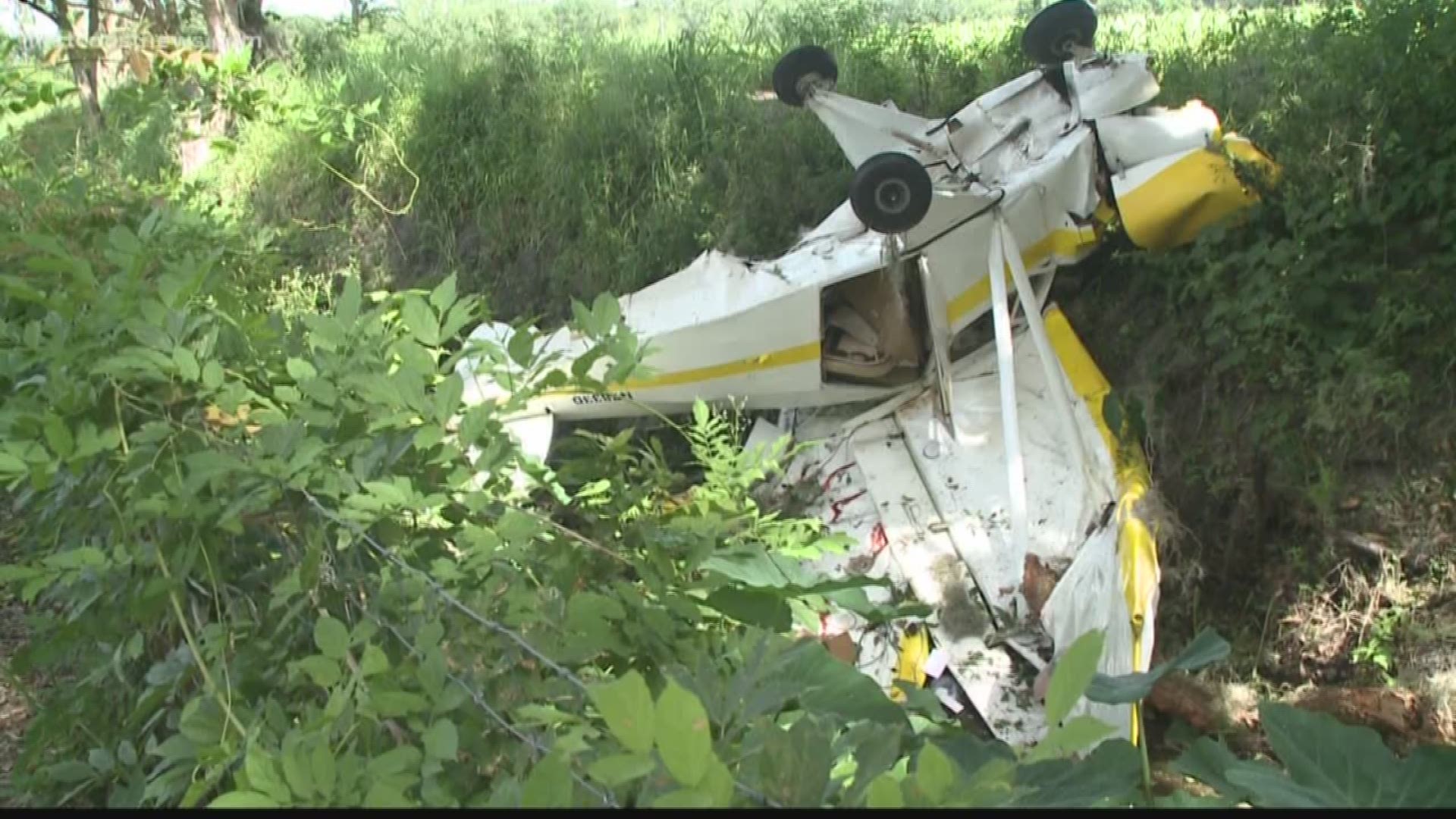 *** UPDATE: Joseph Linebach is in stable condition, we are waiting to hear more about the other occupant.

A single-engine plane crashed upside down in Hastings, Florida Sunday morning and both occupants of the plane miraculously survived, according to the St. Johns County County Sheriff's Office.

The crash occurred around 7:40 a.m. in the Southwest area of St. Johns County near Barrel Factory and Leonard Roads, according to the Florida Highway Patrol.

On Your Side spoke to the woman who lives on the property where the crash happened. She declined to be interviewed, but she said she was gardening when she heard a loud noise and a "boom." She turned and saw one of the passengers calling for help from the door of the plane.

According to FHP,  62-year-old Joseph Linebach of Satsuma Florida was flying the 1957 Cesna model PA 22 plane when it experienced engine trouble shortly after takeoff. The plane then crashed into an oak tree at the edge of a cornfield landing upside down, they said.

Thomas Linebach of Satsuma Florida, 60, was also a passenger on the plane, FHP said.

"Prayers are going out to them," said neighbor Justin Brunner. "I wish the best for them. It's scary, for sure."

On Your Side spoke to local aviation expert John Slate to ask about the crash. Slate said the outcome could have been far worse.

"[The plane] got hit back behind the seats. It would have killed them if it would have hit the door or the nose," Slate said.

In a photo posted by the St. Johns County Sheriff's Office, hydraulic fluid can be seen leaked out onto one of the plane's wings.

The Florida Aviation Authority released the following statement about the crash:

A Piper P22 aircraft crashed in a field in Hastings, Florida, about 8 a.m. today. Check with local authorities about the condition of the two people on board. The FAA will investigate.