Should voters using mail in ballots be worried about fraud?

This year could bring a spike in the use of mail-in ballots due to COVID-19. 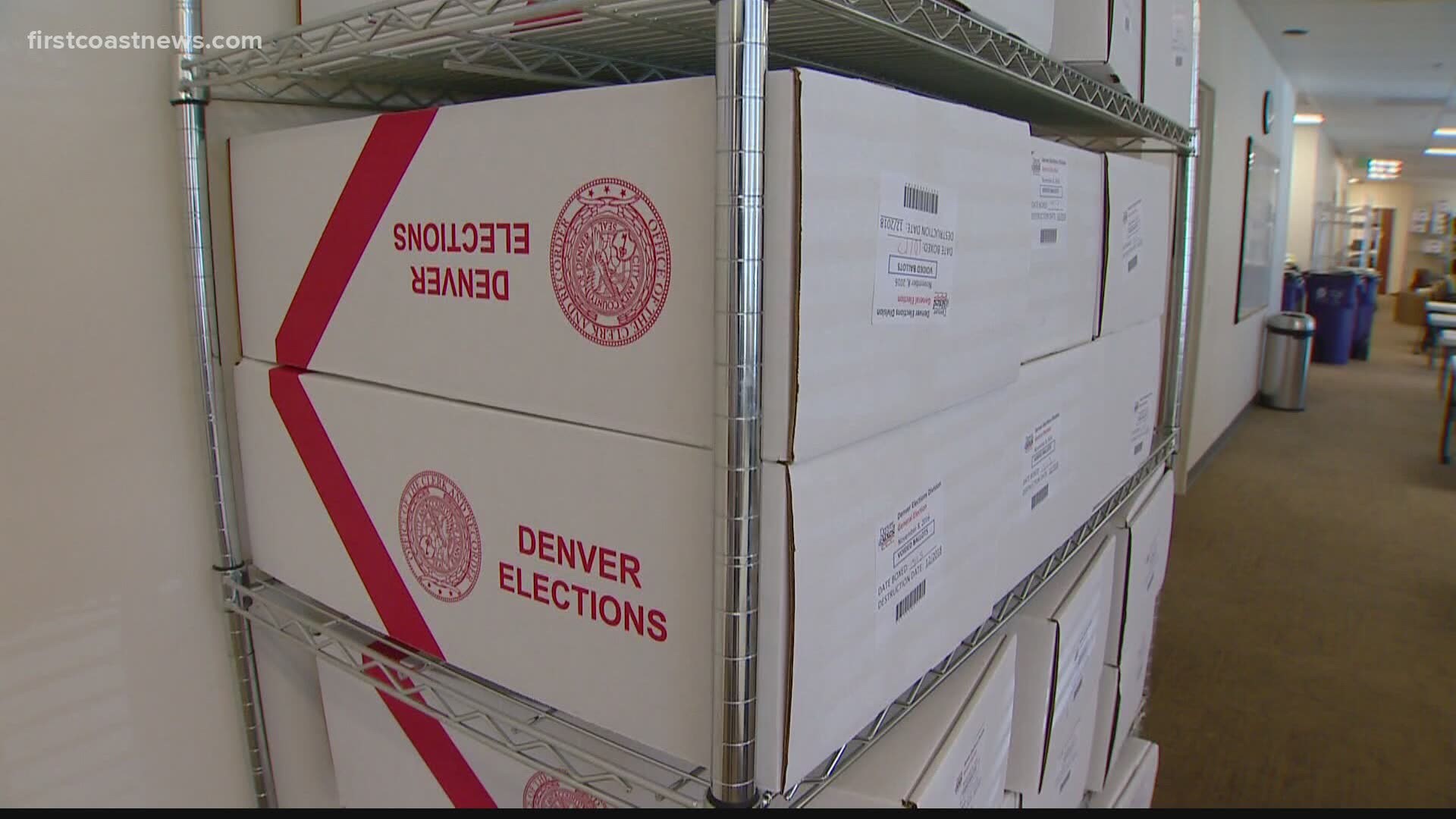 This year could bring a spike in the use of mail-in ballots due to COVID-19.

"We are anticipating have an increase by mail," Clay County Supervisor of Elections Chris Chambless said.

Chambless is out to dispel the myth that fraud is an issue with the process.

"The process is safe and secure," Chambless said. "in fact, I vote by mail-in ballot."

UNF Political Science Professor Enrijeta Shino has studied the process, which she said is used prevalently in states like Washington, Oregon and Colorado.

"Fraud is not an issue with mail-in ballots," she said.

Both Chambless and Shino dispel the assertions made by President Trump on Twitter.

Monday the president took to his twitter account and declared "mail-in ballots absolutely open the floodgates to fraud."

There was no evidence presented and Shino said there is none to present.

"We do not have any proof of that," said Shino.

The president made the same assertions earlier this year, and Chambless posted an open letter in the newspaper "respectfully disagreeing' with the president.

Chambless said he has tremendous confidence in the process.

He said each ballot has federal indicia or markings on the front and back.

Inside the document has bar code information to identify the voter and the style of ballot based on party affiliation.

Also, each ballot requires the voter's signature and it must match what's on record.

"We will put a set of eyes to each ballot to be sure you are the one who completed this ballot," he said.

Right now their biggest concern is will the unsubstantiated allegations deter voters.

"They might not go out to vote if they think the process is rigged," said Shino

From what we have gathered the two biggest challenges with the mail-in ballot are the signatures and the deadline to get them in.

If the signature does not match what is on record the voter will be notified and asked to fill out an affidavit to cure.

And in Florida mail-in ballots are expected in the Supervisor of Elections office by the election day in order for it to count, the exception is for those serving overseas.