A ship, suspected to be from the 1800s, peeks out from the sand after being buried since it wrecked. 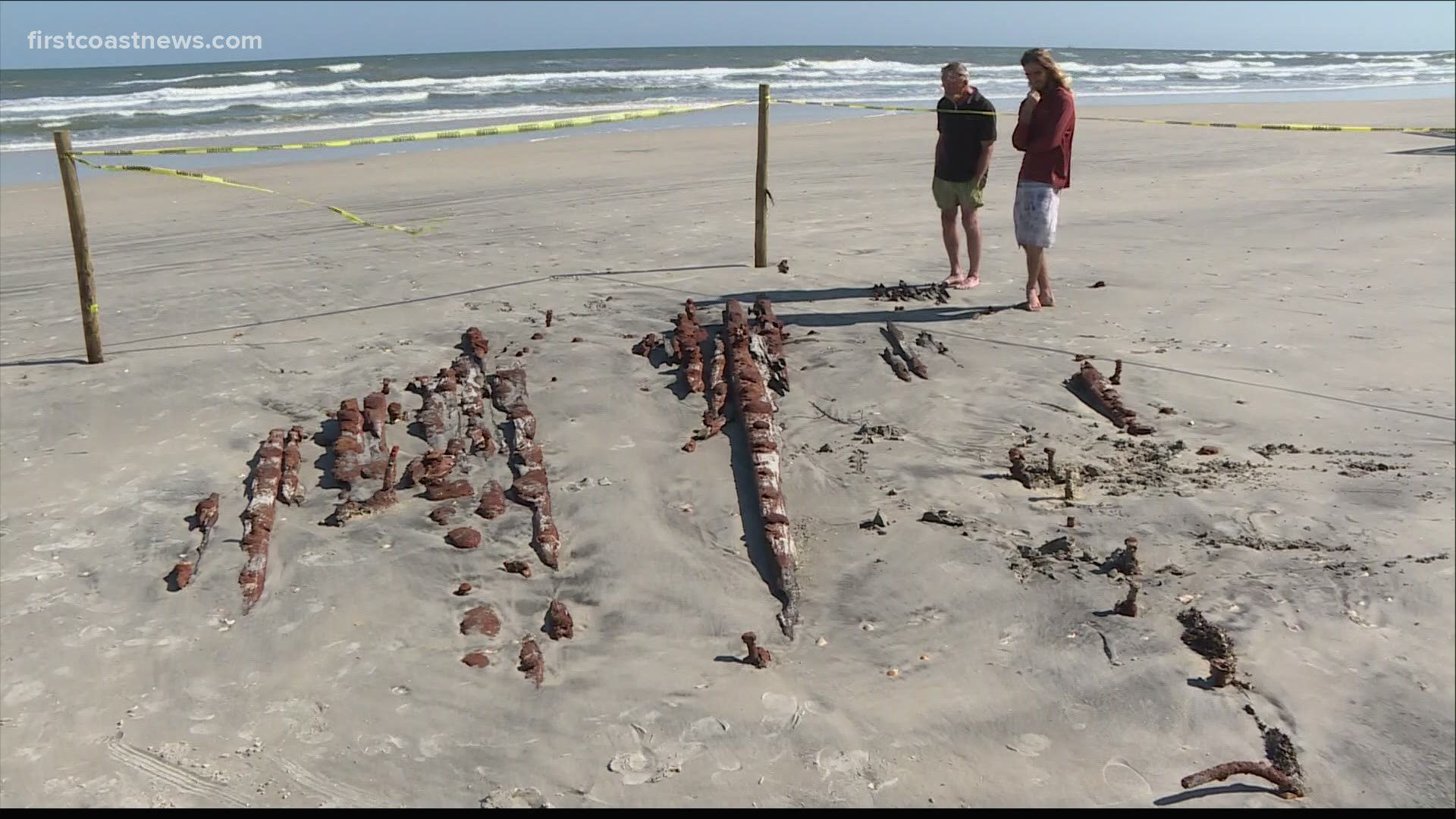 The ship is possibly 200 years old.

"My wife and I walk the beach almost every day," Mark O’Donoghue said. Saturday he spotted "some timbers and metal spikes," exposed in the sand.

Sunday, even more had been exposed and he had a hunch that it was a shipwreck. Part of the ship was poking through the sand.

He notified the Lighthouse Archaeological Maritime Program, and they told him he was right.

Archaeologists were out Sunday and Monday, documenting the site in Crescent Beach, just north of the Matanzas Inlet. They believe the ship is from the 19th century, based on its construction and the frequency of ships wrecking on the northeast Florida coast during the 1800s.

"This is the center line of the vessel," he said, pointing with his foot, "so the bottom of the hull would be here and then over my head is going be the deck."

Pat Lee lives in the condos, on the dune just above the shipwreck. He told First Coast News that no one knew there was a ship buried here until erosion started ripping away the beach.

"The wreckage there used to be under 10 feet of sand. In the last three years, we lost it. We lost it all," Lee said.

"It’s very cool to see the shipwreck. It is very disturbing to see the sand leave our beach," he added.

Of course, beaches change over time. Just as this coastline is experiencing erosion now, at one point, sand accumulated along this beach.

Meide said, "The sand dune wasn’t here when the shipwrecked. We know topography and the landscape of a coast changes a lot."

When the ship did get pushed far onto the beach, possibly by a storm, Meide speculated, sand formed around it — sealing in its secrets until now.

And for at least a year, O’donoghue was walking right by a shipwreck!

He quickly added, "Walking on top of it most likely!"