A group of marine archaeologists received funding to investigate various shipwrecks to see how recent storms affected them. 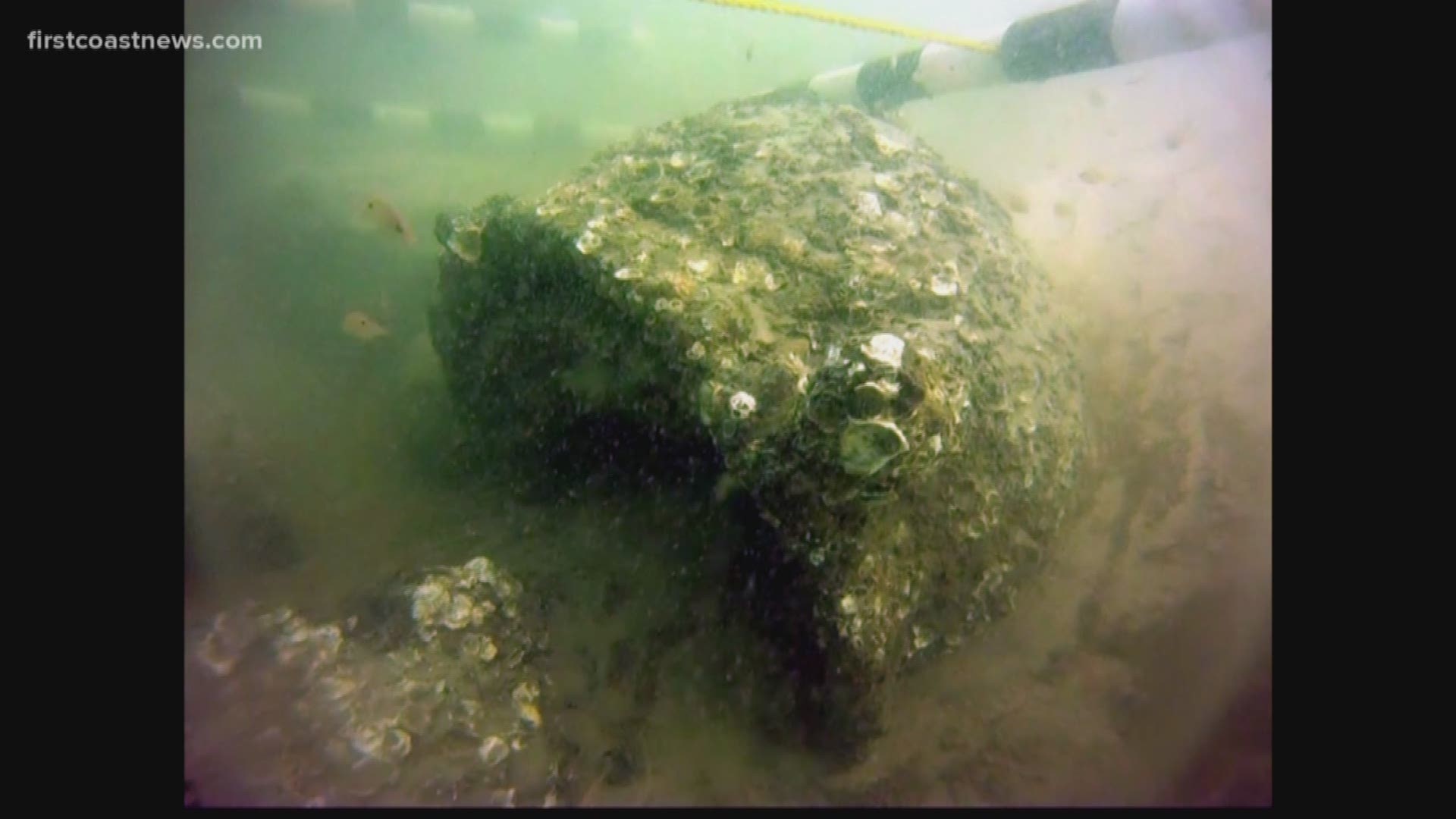 ST. AUGUSTINE, Fla. — Hurricane damage is obvious on land, but recent hurricanes may have damaged something most of us cannot see -- shipwrecks.

A group of marine archaeologists received funding to investigate various shipwrecks to see how recent storms affected them.

"It's the kind of heritage that a lot of times is overlooked because it's underwater," Shipwreck expert Chuck Meide said.

He and his team at the St. Augustine Lighthouse Archaeological Maritime Program (LAMP) received a $499,000 grant to access eight shipwrecks or historic coastal sites that Hurricane Irma may have damaged.

Meide acknowledges that it will be difficult to know if any changes were caused by Irma or Matthew.

"We want to make a benchmark so we can understand how sand is moving around offshore," he said.

In the past, his team worked on many of these shipwrecks. A drawing from a ship that sank in 1764 shows cannons and anchors.

"These were supplies intended for Fort Matanzas and the Castillo," he said.

The LAMP team will dive into the sites again and use newer technologies to see if recent hurricanes affect the wrecks.

While it's tricky to do in murky waters off of the First Coast, the team will aim to use the fairly new underwater 3-D scanning and imaging technology. The first time they used it was for a ship that sank in the 1700s.

Meide pointed on a computer screen as he moved the 3-D image around, showing the depths of the wreck and artifacts in it.

Meide said the goal is to access the shipwrecks, document them, study shifting sand and see if there are ways to protect wrecks from future storms.

He said many of the shipwrecks they'll investigate are close to the old St. Augustine Inlet.

"These ships played important roles in the history of St. Augustine," he noted. "We have learned shipwrecks can tell us a lot. Shipwrecks can be time capsules really."

He added that these time capsules are also threatened.

"This heritage is at risk because of increased storm activity," Meide said.

And so he and the LAMP team will work to see if hurricanes have hurt history under the water.