'Ship happens': Documentary film focuses on the Golden Ray and the town it dominates

The filmmakers call the ship a "Trojan Horse" to explore the town of St. Simons, as well as larger themes of pandemic life. 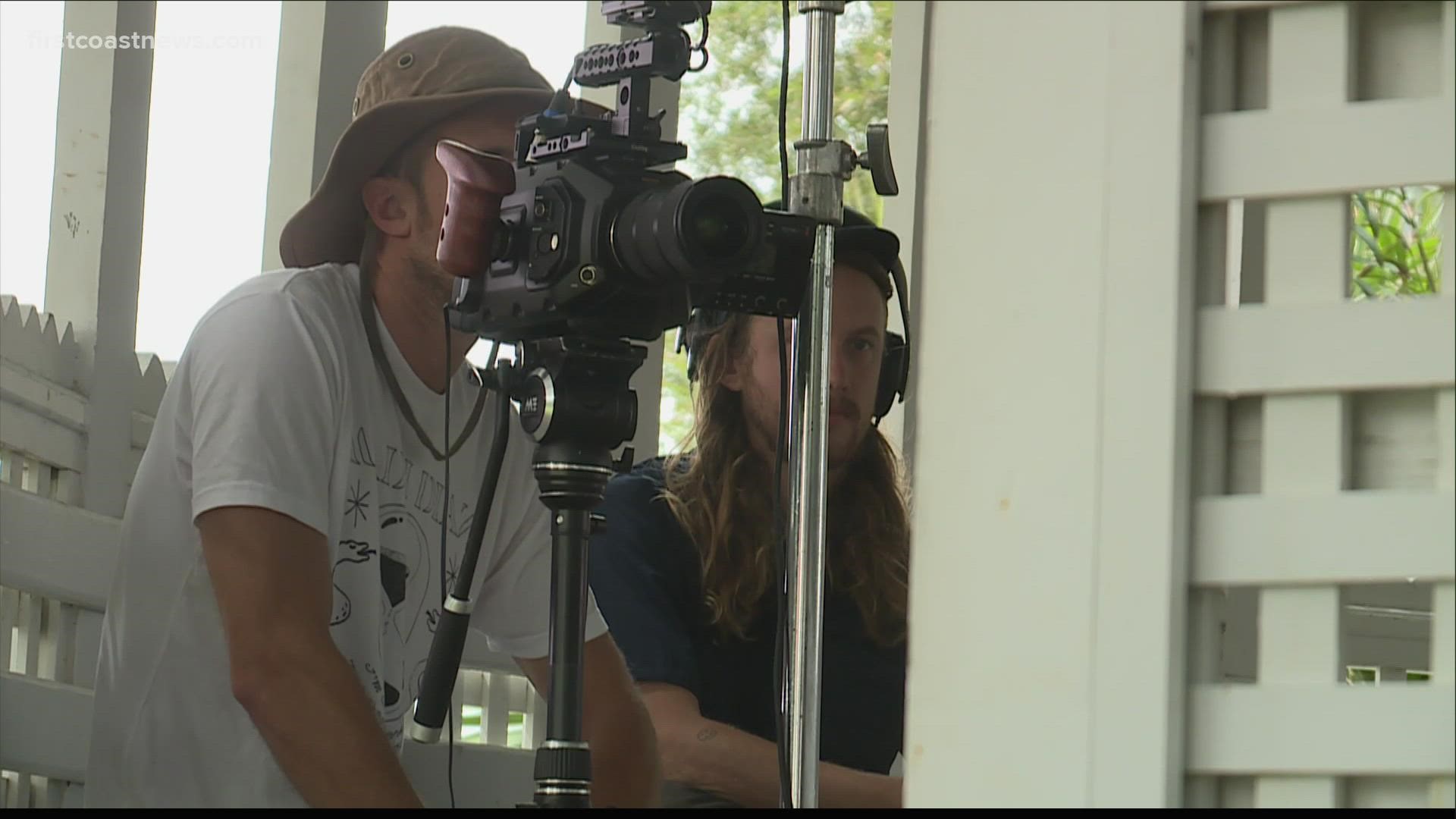 ST. SIMONS ISLAND, Ga. — In the two years since the Golden Ray flipped on its side in St. Simons Sound, the massive cargo ship has been the subject of investigations, a source of frustration and the topic of much debate.

It’s also the subject of a documentary film. And that project -- much like the ship salvage project itself -- is taking far longer than expected.

“We should have bought a house,” jokes Jordan Bellamy, a Nashville-based filmmaker who along with Josh Gilligan has been working on the film for more than a year. “Originally, in our minds, this was a two-month project. Over a year later, we're realizing that's not the reality of this project.”

The documentary filmmakers were inspired to tackle the subject after Gilligan first saw the ship during a Christmas 2019 visit to St. Simons Island. He admits to a lifelong fascination with disasters, shipwrecks in particular, and says when first spotted the Golden Ray, he felt “giddy.”

“It was this convergence of things that was so exciting to me, so it's kind of a dream project from that perspective,” he says. “And a lot deeper respect for everything that goes into it.”

The filmmakers say the delay that has attended every step of the ship salvage operation actually created opportunities, and changed the project’s direction. “The ship is almost a sort of Trojan horse to be able to tell interesting stories of the people that live on this island,” Bellamy says.

“We’ve fallen in love with St. Simons,” adds Gilligan, “and you could do this in any city in the U.S. -- if you decided to go in and learn people's stories and learn where they're coming from. You would develop an attachment to just about everybody you talk to. And I think we need to be doing more of that.”

In addition to using the ship to tell the story of the town, Bellamy says it’s become a vehicle to explore larger concepts, like the interplay between the massive scale of the disaster and the tiny town of St. Simons.

“The juxtaposition of this little island town that is full of, you know -- people just playing pickleball – but is also an international port that's that got thousands of cars going out every day,” he says. He sees echoes of that global interaction in the migratory birds that use Georgia’s Golden Isles as a stopover for food on their flight.

“That intersection of birds feeding and transport ships transporting cars to me is just automatically a very loaded concept and interesting by default,” Bellamy says.

The fact that they’ve been making the documentary during the pandemic creates other narrative parallels. “Seeing car pieces washing up on a beach and kids playing in the water, it's like the image of what we've been able to grow comfortable with as a society in the pandemic,” says Gilligan. “Over time, you just kind of numb to it a little bit.”

Bellamy echoes the thought. “The Zeitgeist of what these past couple years have really represented for people, is always feeling like there's something really large happening right out here, that you don’t fully understand or know how to engage with,” he says. “That's a story that I think people resonate with -- whether or not they have a ship in their backyard. It sort of feels like we have a ship in our backyard because there’s so many things happening.”

“We all have a ship in our backyard,” Gilligan chimes in.

The filmmakers say they will continue filming until the ship is fully removed. As of now, the documentary does not have a name.