The body cam footage is not from the case local protesters have focused on in recent days, in which FAMU senior Jaymee Johnson was killed during a traffic stop. 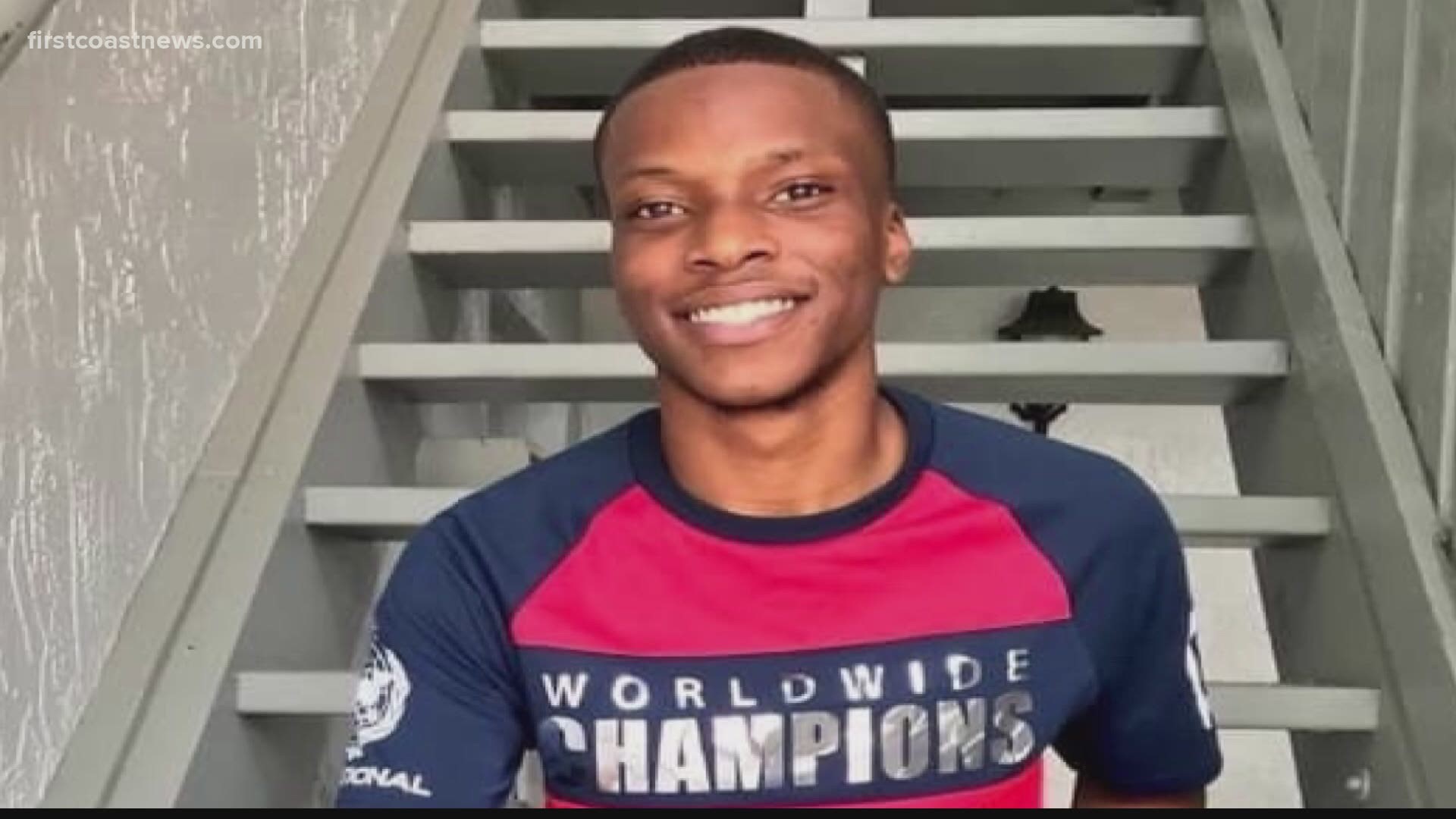 Body camera video of an officer-involved shooting will be released for the first time as early as next week, according to Jacksonville Sheriff Mike Williams.
Williams made the announcement at a Tuesday press conference following a weekend of protests demanding greater transparency from law enforcement.

The camera footage to be released is not from the case local protesters have focused on in recent days, in which former Florida A&M University student Jaymee Johnson was killed during a traffic stop in December.

Instead, it’s from an earlier officer-involved shooting. In July 2019, Officer Tyler Landreville shot and killed Frankie Feliciano – a shooting the state attorney deemed justifiable. That case goes to JSO's Response to Resistance board next week.

Over the weekend, the city’s failure to turn over body-worn camera video was a frequent complaint of protesters.

Williams disputed suggestions that body cam footage is at the root of the unrest.

“These events this weekend is not about body camera footage. Seventy cities around the country erupt in violence, and it’s not because of Jacksonville’s body camera policy.”

But Williams says his agency is open to releasing video of officer-involved shootings earlier – at least in theory.

“To people who want to see it released immediately: What if we released it and it impacted the case, and we did have an officer that had broken the law? And now there is no way that officer is going to get convicted because we released body cam footage and we tainted the investigation,” he said.

Kimberly Austin, the mother of Jaymee Johnson, has been demanding the body cam footage of her son’s death since the Florida A&M senior was killed in December-- after being stopped for a seat belt violation.

“I just really want to find out what happened to my son that day,” she told First Coast News.

Jacksonville launched its body camera program in November 2018. Thus far, it has released only limited footage of body cameras, typically citing “ongoing investigations” as a public record exemption. It has never released footage from an officer-involved shooting.

The push for disclosure moved past protesters into the political realm this week. Councilmember Randy White said he had asked Williams to attend at June 15 meeting of the Public Health and Safety committee to answer questions about JSO’s body cam policy.

And at a Tuesday Zoom meeting, Councilmember Randy Defoor expressed impatience over lag time in video releases. “We need to have accountability. Why don’t we have body cam information? Why has that not been provided?

“It’s not as important to release footage as for us to get those investigations correct.”

A statement from the State Attorney’s Office echoed that position.

“We will continue to release body-worn camera footage —as we always do — at the conclusion of an investigation or when we tender discovery in a pending criminal action. As a result of current events, we are reviewing our current practices.”