A fisherman was attempting to catch coast fish but accidentally snagged the shark. 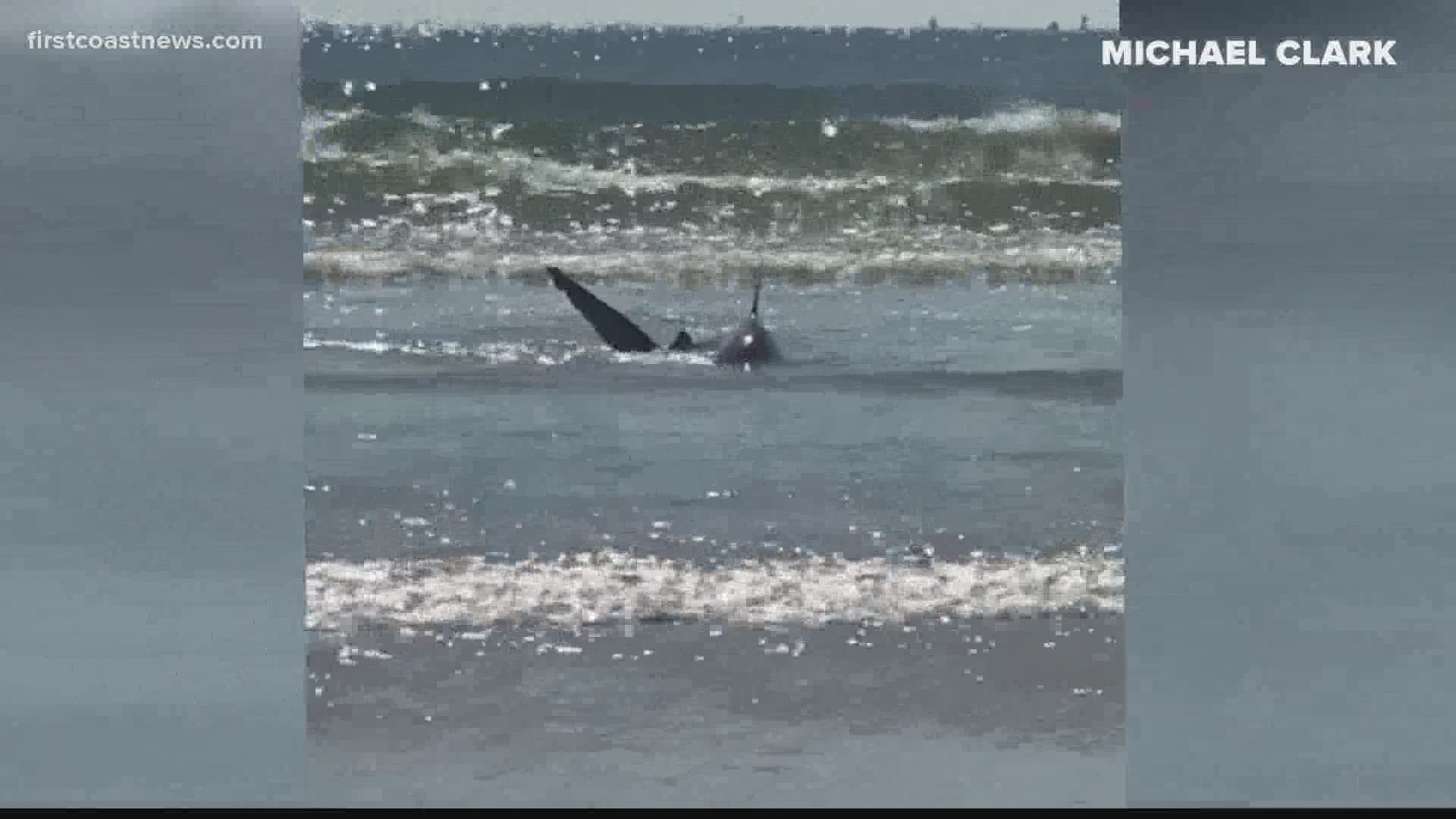 JACKSONVILLE BEACH, Fla. — Beachgoers were shocked Saturday when a shark was accidentally caught and brought to the shoreline in Jacksonville Beach.

A First Coast News viewer sent a video of the shark coming to shore at Huguenot Park at 10 a.m. The viewer said a fisherman was attempting to catch coast fish but accidentally snagged the shark.

The shark was released without incident and no injuries were reported.