After two spill gate failures, the operators of some Seguin dams are planning to drain lakes as a safety measure. Some homeowners think this is rash and unnecessary 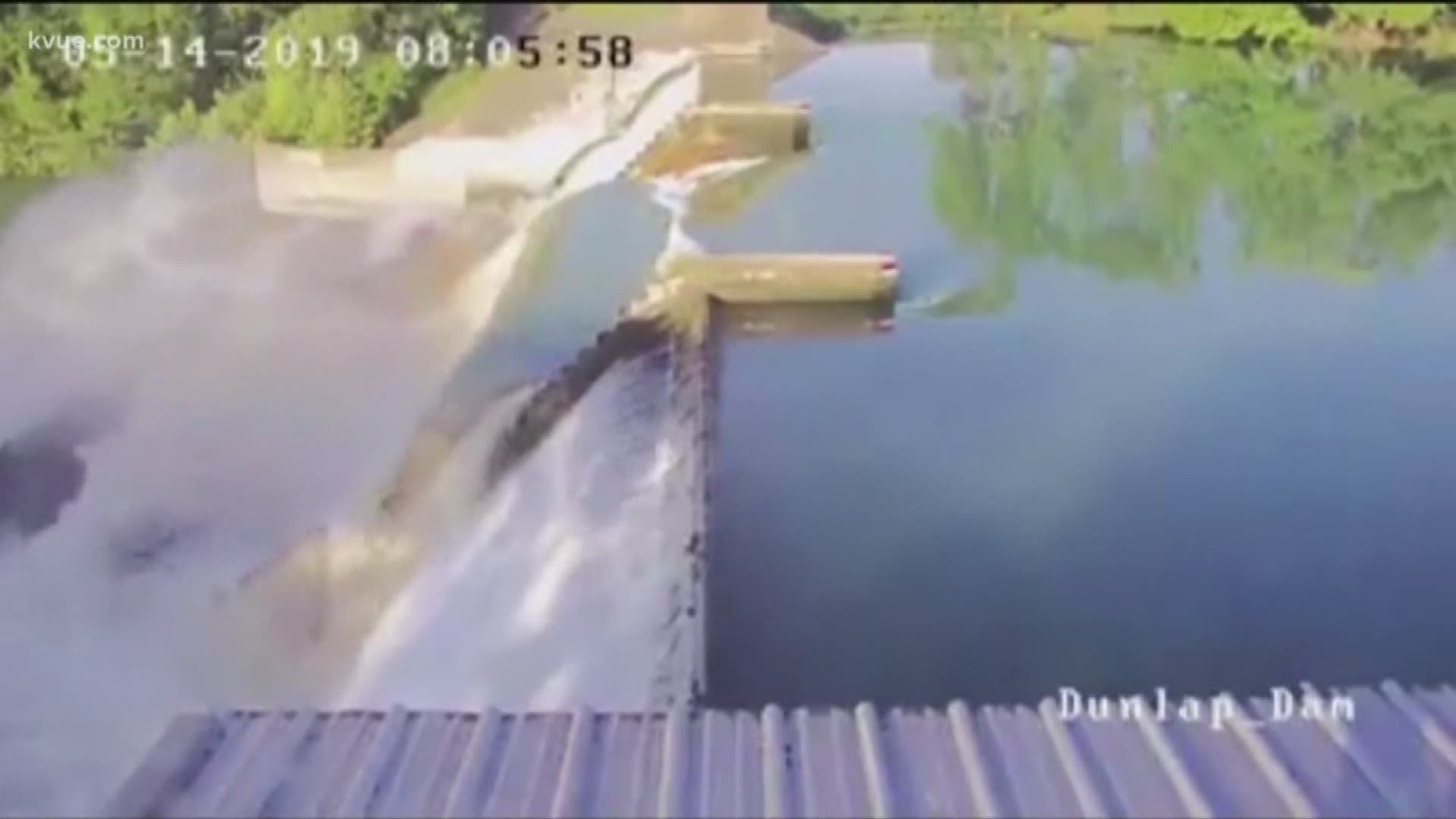 SEGUIN, Texas — It's been three months since a spill gate failed at Lake Dunlap, virtually emptying out the lake that so many people enjoy near New Braunfels. People who live on that lake and others near it said efforts to keep this from happening again would actually make things worse.

On Sept. 16, the Guadalupe-Blanco River Authority, or GBRA, will dewater Lake Gonzales, Lake Placid, Lake McQueeney and Meadow Lake as a safety measure. Charlie Hickman is the executive manager of engineering for GBRA. He said this will take pressure off the dams after two dams in the past three years have had a spill gate break.

"Dams are very maintenance intensive," Hickman said. "What's happened at these two failures has really heightened the immediacy of the concerns at these dams."

Hickman said these dams were built back in the 1930s. The steel in the dams is what failed and caused the break.

"Just being in the river channel and in the water, that's a very highly corrosive environment for any type of steel," Hickman said.

Hickman's team will now look to build new parts for the dam that will prevent any more breaks. That is estimated to cost $180 million, which GBRA doesn't have. Patty Gonzales is the communications director for GBRA, and she said draining these lakes has to happen for the safety of the people who live near this water.

"For those safety reasons, we have come to the unpopular and difficult yet responsible decision to dewater the lakes," Gonzales said. "The video that captured the spill gate failure at Lake Dunlap validates our concerns for safety."

Doug McEwen is one of these homeowners who lives near the water in Seguin. He volunteers for the nonprofit Trinity Oaks, an organization that uses outdoor activities to help wounded warriors and their families.

"Just have a great day so they can reconnect," McEwen said. "We are using hunting, fishing, outdoors and water adventures to help veterans."

McEwen said if the lakes are lowered, the water next to his home that he uses would completely go away.

"We'll have nothing but a dry ditch in the back of our house," McEwen said. "We can't launch our boats, jet skis or kayaks. Anything."

McEwen said draining the lakes is an unnecessary decision and that expanding the area of the water people can't be on near the dams is all that needs to happen.

"It seemed like such an overreaction," McEwen said. "Moving the buoys is all that's necessary for now."

However, Hickman said if another dam breaks while people are in or on the water, that could turn into a dangerous situation.

"The risk could be very severe for any swimmer who is out in the river channel if this type of failure were to happen," Hickman said.

Tess Coody-Anders lives in this area and volunteers for the "Save Our Lakes" coalition started earlier this week.

"One of the great, attractive features of this community is the lake," Coody-Anders said. "We're here to really just to organize and educate and activate people."

She said the group has about 2,700 people on Facebook. Some of the volunteers also handed out about 500 "Save Our Lakes" signs to people in the area to put in front of their homes or businesses.

"We think there has been a lack of transparency and a lack of upfront communication," Coody-Anders said. "It wasn't surprising, though it was shocking when we found out a decision had been made."

Coody-Anders also said this will have a negative impact on the environment and the property value of the homes along the water.

"We contemplate what will happen to these hundred-year-old cypress trees and to the fresh-water mussels," Coody-Anders said. "Let's not take a precipitous action to drain the lakes before we've agreed upon a safety plan and we've assessed the environmental and the economic impact and then have a long-range plan to fix it all."

Gonzales said GBRA leaders have discussed the current situation with other organizations and engineers. She said based on how the dam broke this last time, the safe and smart move is to drain these lakes.

"This is about safety – about the safety of the people who use these lakes," Gonzales said.