In Kingsland, the lines were long and voters were standing in 90-degree temperatures waiting to cast their ballot. 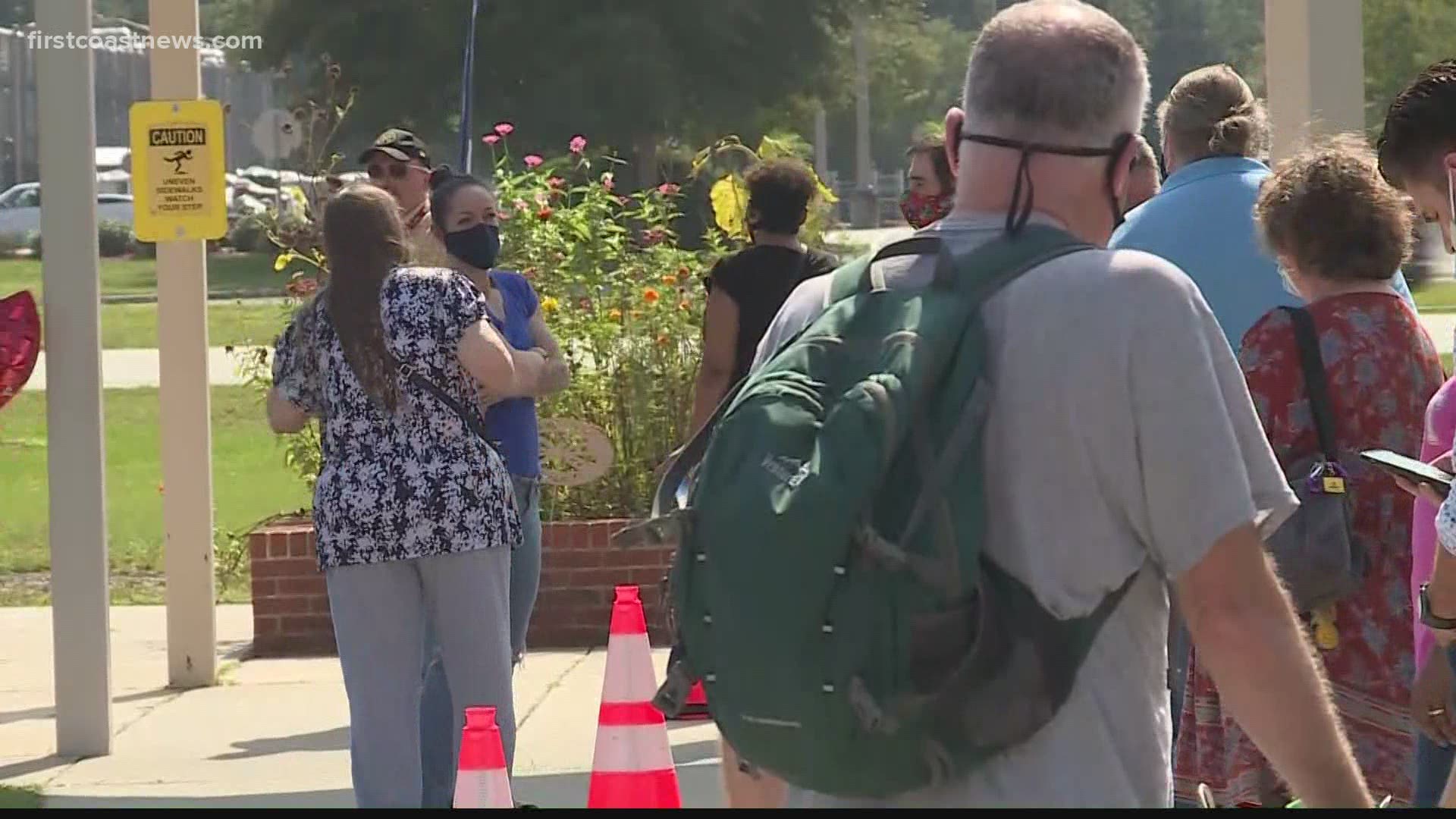 "I'm really excited to see it," said Elections Supervisor Shannon Nettles. "It is a little better than I thought."

Nettles was moving between two early voting locations, one in Woodbine and the other in Kingsland.

"I knew that we were going to be crowded," Nettles said, "but, man, did they turn out."

In Kingsland, the lines were long and voters were standing in 90-degree temperatures waiting to cast their ballot.

Holland said he was in the line 30 minutes before he could get into the polling place.

"I didn't think it was going to be this hot, but it is what it is," Holland said.

There were reported issues at polling places across the state but none in this Southeast Georgia community. Voters came ready and had packed their patience. Some brought their umbrellas to block out the sun.

"I think this election is too important," Joyce Bowers said.

Bowers and her husband stood in line for 40 minutes.

"I want to get it done," Bowers said. "It is going to get longer as it goes on."

Poll workers tell On Your Side 750 voters had cast their ballot at the Kingsland location on the first day of early voting.

Camden County Georgia has 38,000 registered voters. Nettles said 7,000 have received absentee ballots and 2,700 have already returned their ballots. She doesn't know what will change between now and Election Day, nor if there will be issues and allegations of voter suppression.

"It has been a great start," Nettles said.