Every year off the coast of Florida Right Wales can be seen as they come to give birth, but this year scientists said they have seen not a single Right Wale calf. They're worried about the future of these whales, which are already critically endangered. 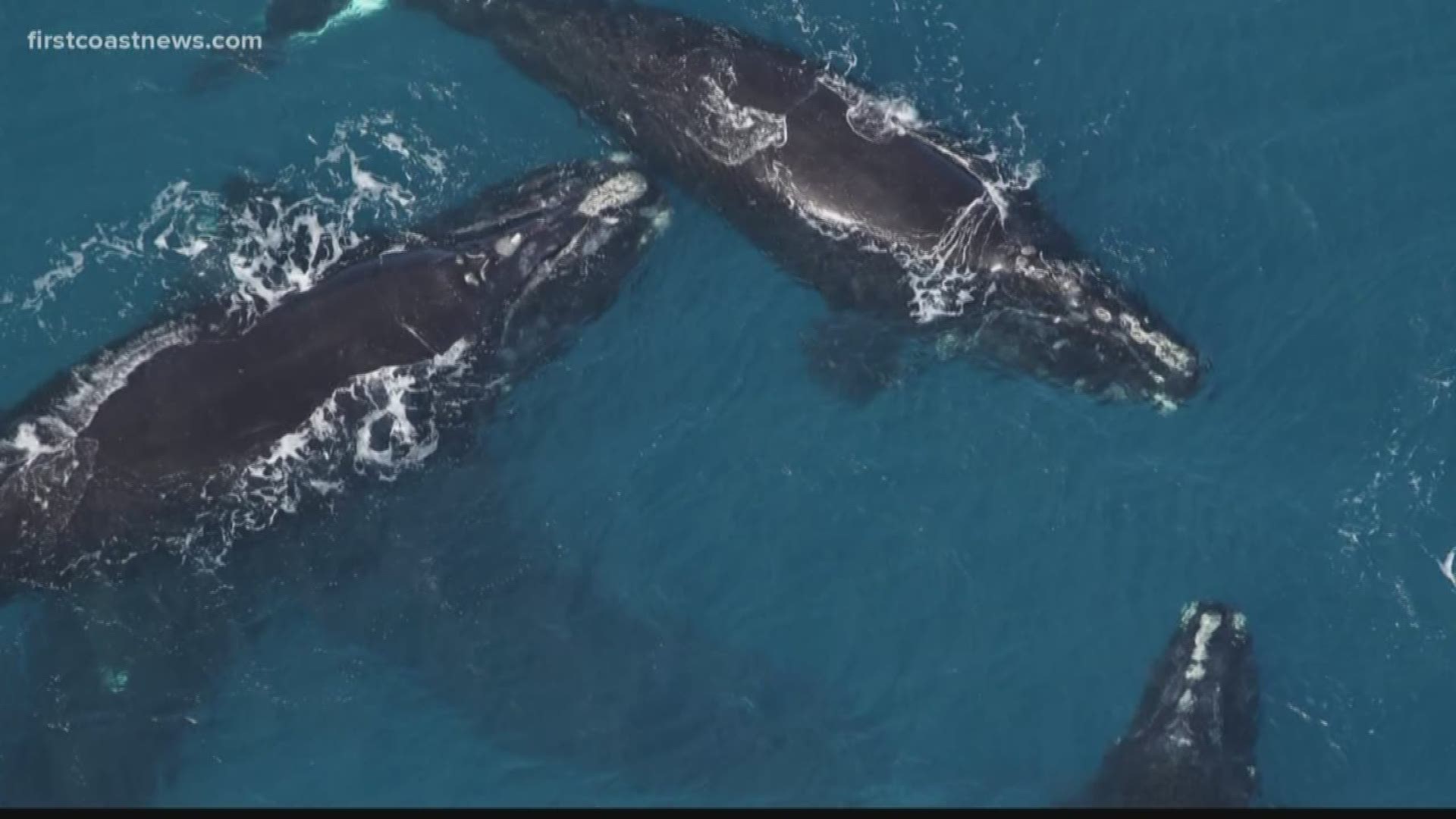 Every year off the coast of Florida Right Wales can be seen as they come to give birth, but this year scientists said they have seen not a single Right Wale calf. They're worried about the future of these whales, which are already critically endangered.

“I was expecting the number to be relatively low, but I think zero is kind of alarming. It has a shock value to it," said Dr. Quincy Gibson, an assistant professor of biology at the University of North Florida. She said that over the years the number of Right Whale salves has been declining, "But having none is a big warning sign."

Because the whales are migratory and come to the coast of Florida and Georgia to give birth, Gibson said that not seeing the babies here is an issue.

"If we’re not seeing them here, that’s a pretty good indication that there aren’t any calves being born.”

In conjunction with the lack of calves, just last year the amount of Right Whale deaths outpaced births. Seventeen dead whales washed up on the shores of the United States and Canada in 2017 and only five births were recorded.

Gibson also said that Right Whales are slow to reproduce. They don't reach birthing age until they are around ten years old and can only have one calf a year. The estimates population of Right Wales is around 450 in the world.

“In order for the population to grow and recover their previous numbers, you need a lot of breeding females. And I think the current estimates are that we have less than 100 breeding females in the North Atlantic population," said Gibson.

The two biggest issues are Right Whales being hit by speeding boats and becoming entangled in fishing lines.

“Perhaps increasing the areas where those speed restrictions are in place or making them last longer or slower ship speeds. And then in terms of entanglement, it’s working with fisherman to basically reduce the likelihood that the whales are going to become entangled in that gear.”

The situation is serious but not hopeless -- scientists are hoping for a baby boom next year.

However, if the Right Wales continue on the path they are on, they are inching toward extinction.