Environmental impacts of the overturned cargo ship, The Golden Ray, are still being investigated by officials. 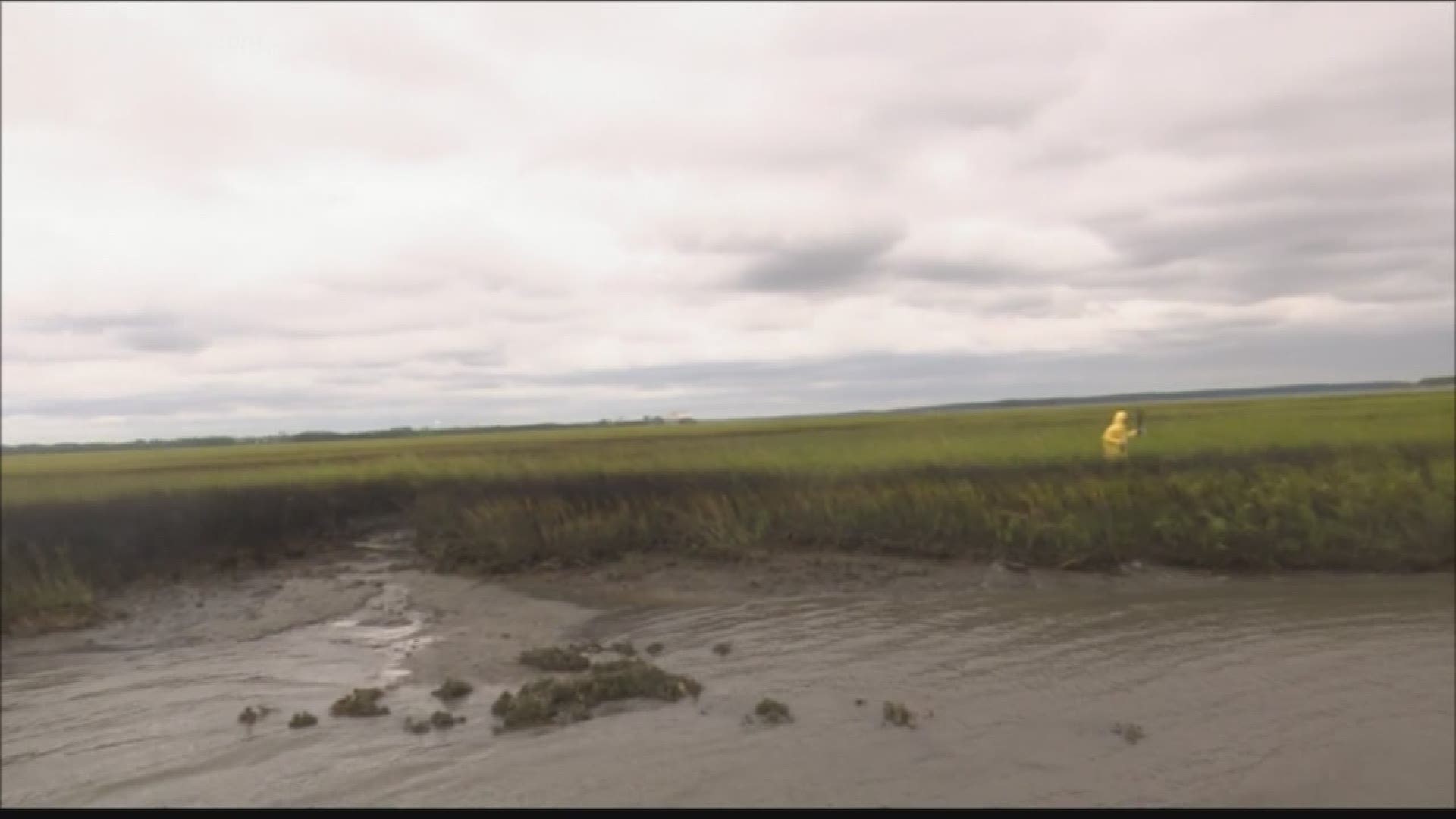 The Golden Ray has been on its side in the St. Simons Sound for nearly a month.

All of the crew survived, including four who were trapped on board the vessel overnight.

Riding along the St. Simons Sound into some of the creeks – Altamaha Riverkeeper Director Fletcher Sams is looking for evidence of oil.

Visible miles away from the downed cargo ship he cruised along the marsh looking at the different colored grass.

Striations showing where the tide has left something behind. A potent smell also detected as our vessel closed-in on the marsh.

“There’s a rainbow sheen on top of the shore," Sams said. "We got some good soil samples, good grass samples but that is the longest continuous line in that we’ve seen so far.”

Sams is helping a University of Georgia scientist collect mud, water and grass that will be sent to a lab in Athens Thursday. Wearing a yellow, rubber suit and gloves, he explained the protection was necessary as the contaminants could easily burn skin.

Already, the crew has worked late into the night on Tuesday using a blacklight to detect oil deposits on Jekyll Island.

Concern is growing for the animals in the water and for the people who still fish the area.

“The bottom of the food chain as well as the fish embryos for next year whether or not they will be impacted,” Sams said.

Tim Hames continues to fish but says he’s heading the advisories in the area.

“DNR sent out the advisory," he said. "You just have to cook them real good.”

Still, agencies working to clean-up the contaminants – using an absorbent spray and booms to trap what they can.

Sams says until results from the lab come back, it’s unclear the long-term effects this could have on the area.