The 25-year-old unarmed black man was being pursued by Gregory McMichael and Travis McMichael, two white men, while jogging through the Satilla Shores community. 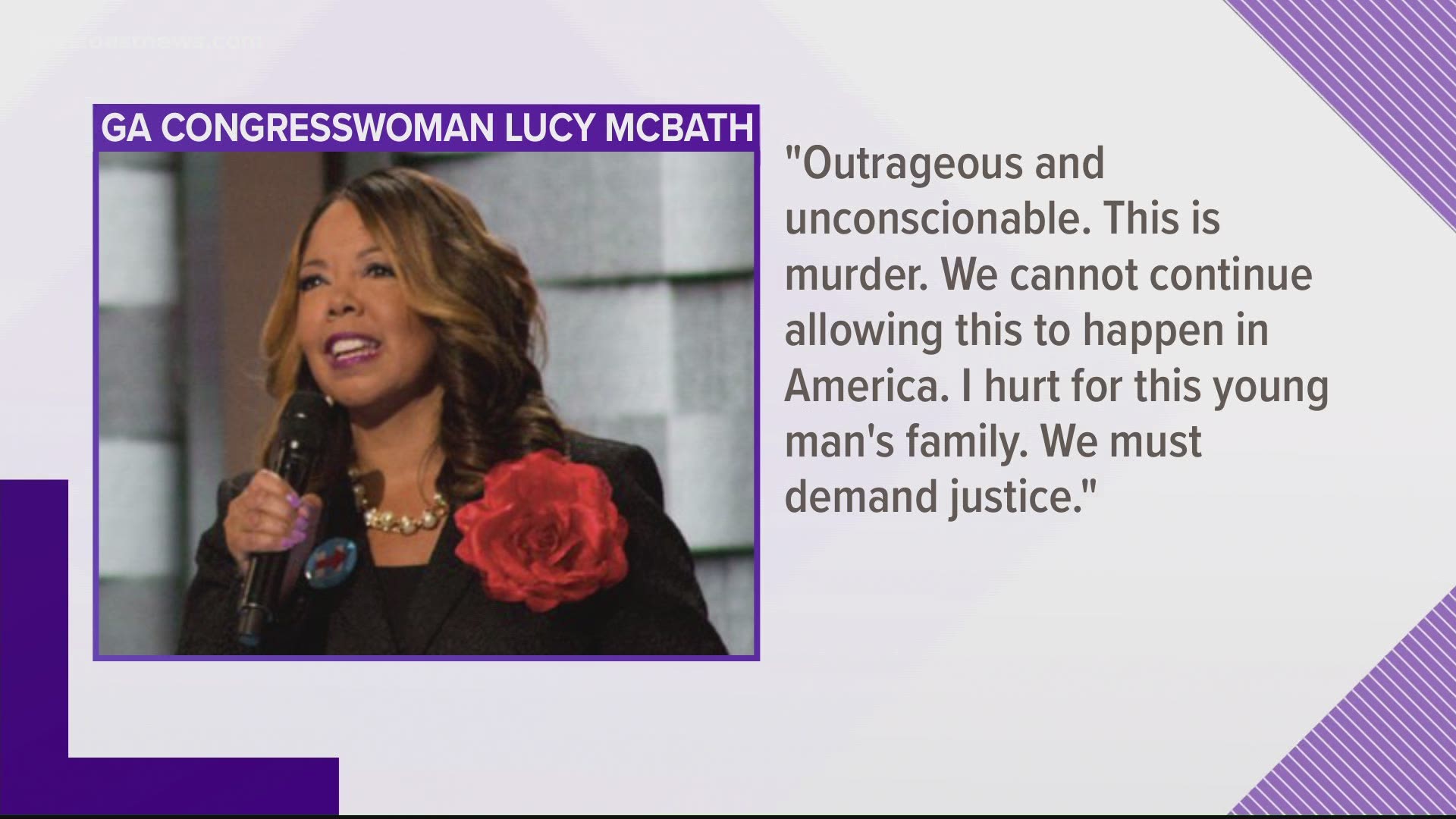 JACKSONVILLE, Fla — The video showing the shooting death of Brunswick resident Ahmaud Arbery has sparked outrage across the country.

The 25-year-old unarmed black man was being pursued by Gregory McMichael and Travis McMichael, two white men, while jogging through the Satilla Shores community.

The video shows him trying to avoid their truck, which was stopped in the middle of the road and then in a confrontation with the younger McMichael before he pulled the trigger on his shotgun.

"When I saw the video, it shook me," said Ron Davis.

Jordan Davis and his friends had stopped at a Jacksonville gas station and the teenager got into an argument with Michael Dunn, a 45-year-old white man, about loud music. The argument ended when Dunn took his pistol and shot the unarmed teenager, killing him.

"I will never be the same person as was before my son was murdered," said Ron Davis.

He still carries the pain of his loss.

"Sometimes you sit in your easy chair at one and two in the morning and tears just come," he said," that's when we grieve."

The killing of Arbrey has brought back the memories.

"He should not have lost his life," said Davis.

He doesn't like to use the word racist to describe the aggressors in situations like this, Davis called them separatists.

"It is about hatred," said Davis," they want to be separated from black society."

Now he travels the world speaking against gun violence, telling the story of Jordan Davis.

He said they celebrate a Jordan Davis day in the Philippines.

He has seen it happen over and over again.

"We need to have a community conversation, they need to have a forum in Brunswick," said Davis, "the tough part is coming if they are charged finding a jury to convict them."

The case is being sent to a grand jury for indictment, and Davis is convinced based on the evidence so far there will be an indictment.

"I hope this family is able to get a change of venue," he said.

He said given the long law enforcement career of the senior McMichael will the Arbrey family find an impartial jury in Brunswick.

It took two jury trials to win a murder conviction against Michael Dunn. He is now in prison for life without parole.

He said he would like to meet the family. Over the years he has built relationships with the families of Trayvon Marin and Eric Garner and others.

It is a relationship to encourage and support each other; these are families with a common bond.

"When you look we are families that are hurting," said Davis, " they need to make an arrest in this case."