Michael 'Prince' Walton Jr. died on Sept. 11 when an unknown subject crashed into his vehicle then fled the scene. Prince was on his way to take the ACT. 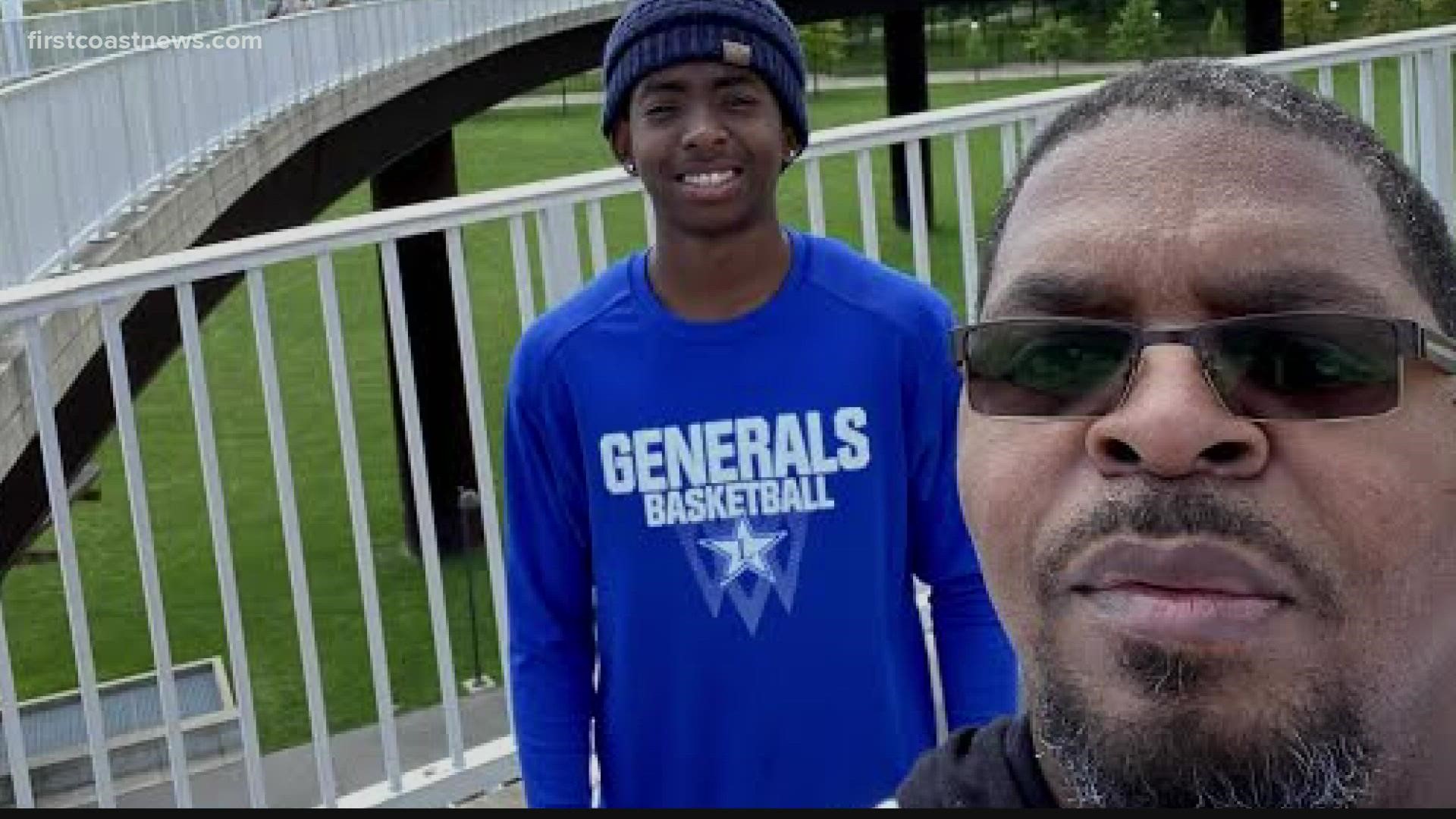 JACKSONVILLE, Fla. — There is no worse nightmare for a parent than to hear their child is dead. Yet, for those who live the nightmare, the heartache is worse.

Michael Walton Jr., affectionately called Prince by his family, had lofty dreams. He was the youngest of three children and a basketball player at Riverside High School. The 17-year-old had plans to go to Duke University and become a physical therapist.

Prince was particularly close to his father, Michael Walton, Sr. Their relationship was the ideal father-son relationship.

"Every opportunity we had to spend together, every moment, we did it," Walton Sr. said. "If I'm at work he'd call or text and say, 'Hey Pops! Hey big fellow everything okay?' It was a relationship like no other."

However, on Saturday morning, Prince went to take the ACT when a driver hit his car then fled the scene. His father received a call from his wife saying that a serious accident had just happened, and he needed to get to the hospital fast.

However, after hours of surgery, Prince died from his injuries.

"I was angry. I was enraged. I was hurting. I was shattered. No strength. Everything was a blur a numbing feeling," Walton Sr. remembered. "You're thinking this can't be true. What you're saying to me is not true."

Now, a grieving father is hoping the person responsible for the crash steps forward.

"I want them to know the face of a father that's in pain. That's hurting. That lost a son that was taken prematurely because of ignorance," Walton Sr. said. "You ran, and you left. You left this priceless human being to suffer like that. You hit him and you took his life and shame on you."

The subject was driving a 2022 Hyundai Sonata at the intersection of Edgewood Avenue South and Roosevelt Service Road when it crashed into Prince's vehicle, according to the Jacksonville Sheriff's Office. The subject then fled in a silver vehicle that may have been a rideshare vehicle.

Walton also hopes that if anyone knows anything that could help find the other driver to speak out and bring them to justice.

Anyone with information on the incident is urged to call the Jacksonville Sheriff's Office at 904-630-0500 or email JSOCrimeTips@jaxsheriff.org. You may also call Crime Stoppers at 1-866-845-TIPS.

Riverside High School will hold an assembly Friday honoring Prince. His funeral will be at 11 a.m. Saturday at Philippian Community Church.