Riverkeeper concerned about coal ash spill near the mouth of the St. Johns River

The response team told First Coast News that over 5,000 tons of cargo have been removed off the barge. 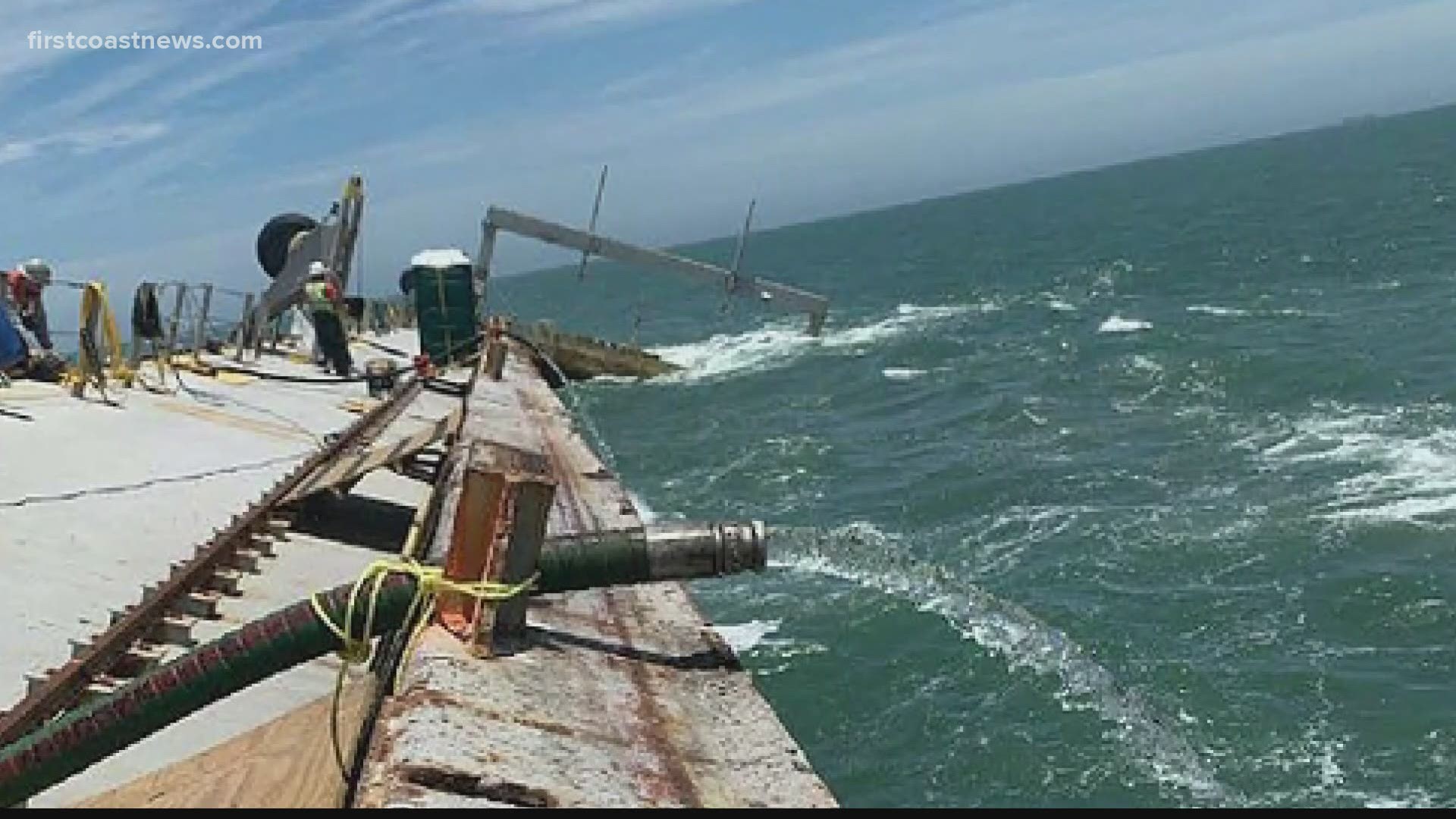 JACKSONVILLE, Fla — The Bridgeport barge carried thousands of tons of coal ash from Puerto Rico in March. The barge crashed into jetties near the mouth of the St. Johns River causing the barge to sink.

"I think the concern is that we’re dealing with a substance that has toxic chemicals and materials in it," said Jimmy Orth, Executive Director of St. Johns Riverkeeper.

Crews have been working on Bridgeport since it got stuck and this month, the response team told First Coast News that over 5,000 tons of cargo have been removed off the barge when it originally had around 14,000 tons on board.

“This is a waste product that can contain things like arsenic, lead, and mercury," said Orth.

Orth says he’s worried that if once those chemicals get into the environment they may go into the food chain.

“They can be digested by the zooplankton and it moves up the food chain to the larger fish that we consume," said Orth.

Orth calling this a human health problem and an ecological problem.

“When this ash sinks to the bottom of floor it smothers the floor of the ocean which can kill all the aquatic organisms on the bottom," said Orth.

Orth says the bigger issue is that there are still unanswered questions, like the status of the barge.

“I mean we should not have to worry about when going out and swimming and enjoying the ocean and worry about potential exposure to what's in coal ash,” said Orth.