It says 'Jax' but why do so many people think it says something else?

It will be the quintessential shot representing Jacksonville. NFL games played here or any national spotlight on the city will be showing this 151-foot tall piece. 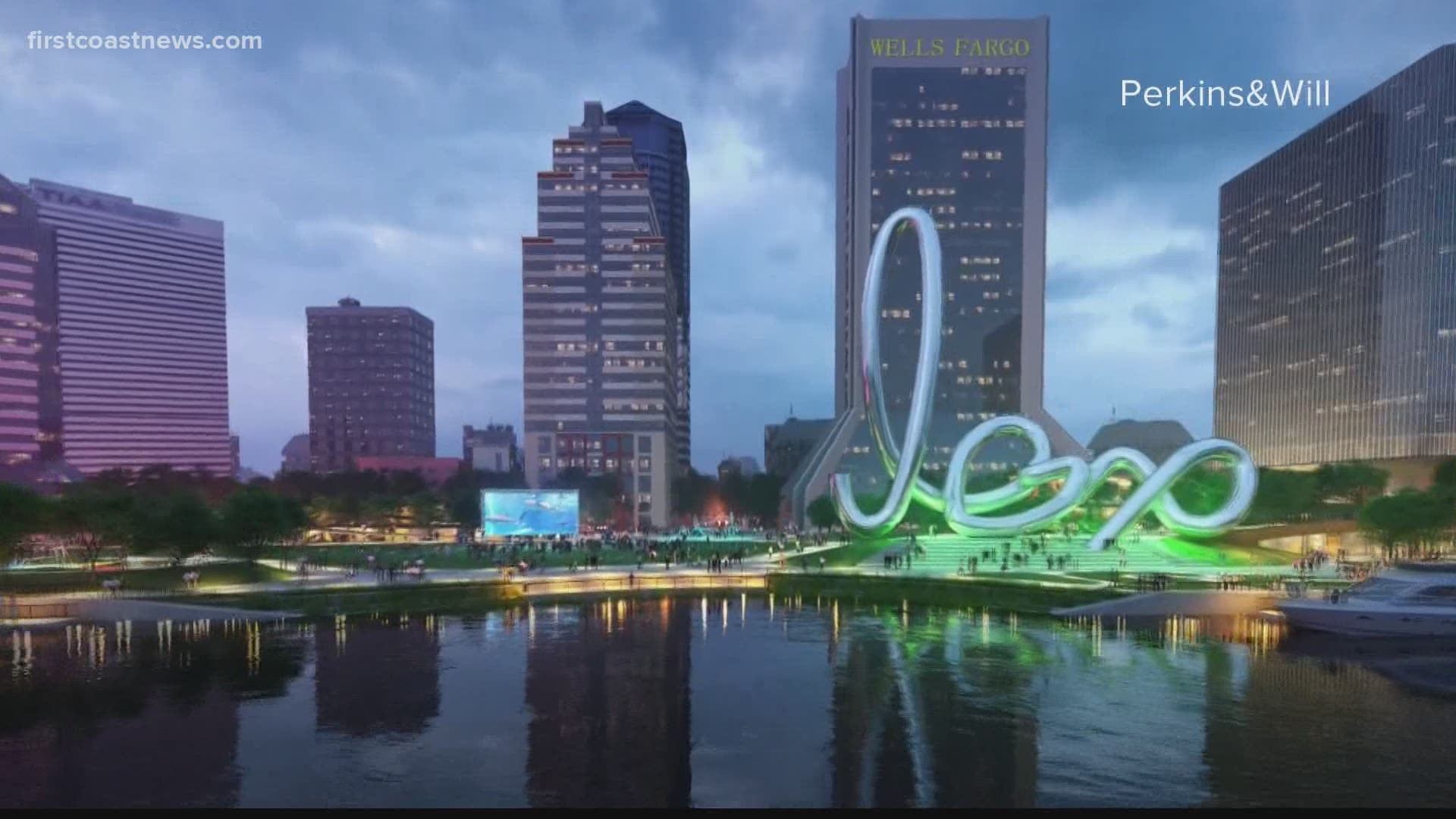 JACKSONVILLE, Fla. — A Dallas, Texas-based designer landed its bid to mold the future of the former Jacksonville Landing location. City leaders announced Thursday that Perkins & Will won the competition for Riverfront Plaza, a new downtown park.

Soon after renderings of the design were released, many began questioning the look on social media. The planned 151-foot tall stainless steel structure will say "Jax," but many are saying that's not what it looks like.

Here's what people are saying about the estimated $12 million project.

The 151-foot tall piece of art would be made of structural stainless steel that rises and curves in a design estimated to cost between $11.5 to $18 million.

RELATED: Who is the artist behind the stainless steel structure planned for Riverfront Plaza?