Capt. Scott Bethmann has resigned from his position as a trustee with the U.S. Naval Academy Alumni Association after an accidental Facebook Live video Friday night. 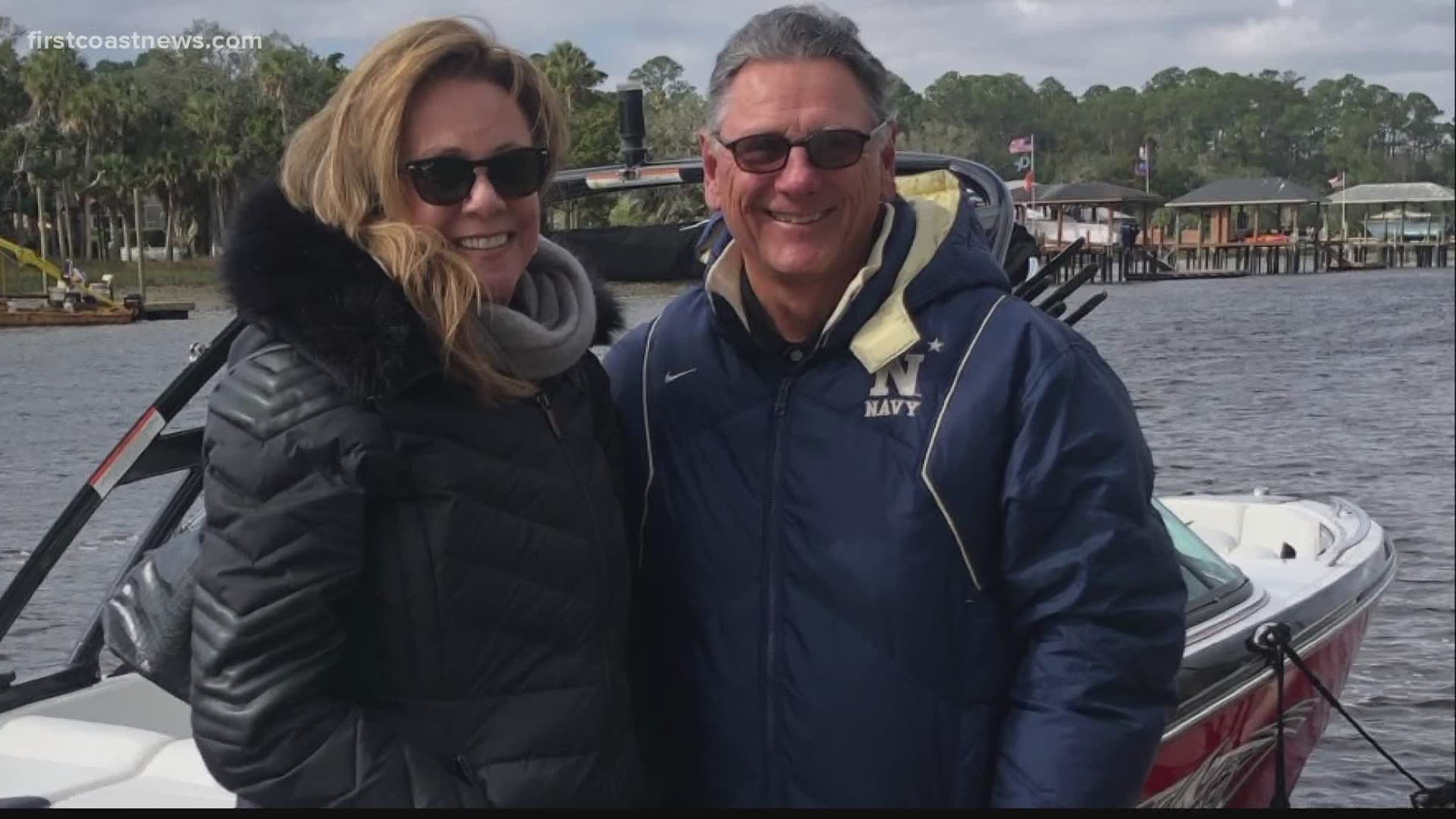 JACKSONVILLE, Fla — A retired U.S. Navy captain has resigned his position as a trustee on the U.S. Naval Academy Alumni Association (USNAAA) board, as well as his position in Jacksonville's local USNAAA chapter after what appeared to be an accidental Facebook Live video Friday night.

Capt. Scott Bethmann, the now-former treasurer of Jacksonville's local USNAAA chapter, went live from his Facebook profile for more than half an hour while watching television.

One member of the Atlantic Beach community group who spoke with First Coast News said she got a notification that Bethmann had gone live in the Facebook group unexpectedly. She said dozens of people in the group were watching as Bethmann could be heard discussing the Black Lives Matter (BLM) movement with his wife Nancy Bethmann.

Bethmann released a statement Saturday apologizing for the incident, saying:

“There are no words that can appropriately express how mortified and apologetic my wife and I are about the insensitive things we said that were captured on social media. There is never a time when it is appropriate to use derogatory terms when speaking about our fellow man. I know that an apology from us rings hollow on many ears in our community, especially in the current environment. We intend on using this experience as an opportunity to grow, listen, learn, and reflect. We are deeply sorry for the impact our actions have had on the Naval Academy, my fellow servicemen and women, our former colleagues, friends, family, and the community as a whole. We are committed to educating ourselves more on the racial inequalities in this country and being better people.”

The video, which lasts 33 minutes, ends with Bethmann apparently realizing he had gone live on Facebook.

"I clicked onto some live event. What are they talking about?" he said as he read live comments being made by viewers.

During the video, Bethmann uses the N-word while discussing black employees in the workplace. His wife can also be heard disparaging other races in the background of the video.

"You better watch yourself on the board," she said, apparently referring to his position with USNAAA.

While still live, Bethmann and his wife discuss current admissions to the United States Naval Academy.

"You can bend over and kiss the U.S. Naval Academy goodbye," his wife said. "They're gonna get the blacks, and the females, and the f-----g Asians from China, and let them steal all of our intellectual properties."

Throughout the day Saturday, First Coast News reviewed the video and spoke with people who watched it live before receiving the following statement from Ret. Admiral Samuel J. Locklear, the Chairman of the USNAAA Board of Trustees:

As volunteer leaders in our communities, we must be inspirations and examples for all citizens. As Chairman of our Alumni Association, I have accepted the resignation of this alumnus effective today, and asked the Jacksonville, FL, chapter to take appropriate action to appoint a new Chapter Trustee.

The Naval Academy Alumni Association represents more than 65,000 individuals from diverse backgrounds and perspectives. We support the Naval Academy mission. As alumni, we seek to uphold the Naval Academy core leadership values of honor, courage and commitment. As an alumni organization, we seek to be an inspiration for all young people who want to become future Navy and Marine Corps officers. We will continue to honor that inspirational role. We are all in this together. We must face the challenges of today and all future challenges of tomorrow...together."

According to Caleb Cronic, a member of the local Jacksonville USNAAA chapter, Bethmann resigned his position as treasurer of the local chapter and has been disenrolled.

"This morning, the board and I were notified of statements made by our chapter treasurer and national trustee, CAPT Scott Bethmann, SC, USN (Ret.). The nature of those comments are not consistent with our volunteer leadership mission at our Jacksonville Chapter of the United States Naval Academy Alumni Association, the national Alumni Association, and does not represent the leadership values of our Naval Academy or the US Navy.

CAPT Bethmann has resigned from our board and his trustee position. Our board is convening an emergency meeting today to discuss our way forward.

To echo the words of Superintendent, Vice Adm. Sean S Buck, “honor, courage, and commitment, and the mission of the United States Naval Academy. Nowhere is discrimination tolerated in any of those values.”

Instilled in all midshipmen and graduates are the values of honor, courage, and commitment. Honor for yourself, for your country, and most importantly, honor others. Courage. Courage to do what is right, what is fair, and what is just. Commitment. Commit yourself to a higher standard. To value others. And to support and defend the Constitution and what it represents. This has been and always will be what the United States Naval Academy stands for, trains for, and represents. We do not tolerate those that do not represent these values."

Bethmann was also a member of the Atlantic Beach Country Club, but that his since changed following the Facebook Live. The ABCC released the following statement:

"Last night, the ABCC Board of Directors learned that one of the Club’s members made vile and racist comments on a social media platform.

Be assured we find these comments extremely offensive, inflammatory and antithetical to what this Club stands for and represents. As such, we have voted today to immediately expel this member and his family from the Club. It has been erroneously reported that this member served on the Board of Directors. He did not.

We are unwavering in our belief that all people are to be treated with respect and dignity. We are further committing ourselves to these beliefs and will continue to support and protect an inclusionary staff and membership where respect and dignity are openly represented.

Furthermore, we condemn any racist, bigoted and demeaning behavior within our Club and the Beaches Community. We are fully aware and understand the hurt these racially insensitive statements cause and are looking to assure our community that we will not allow derogatory comments to stand in the place of human kindness."

The Chief of Naval Operations, Adm. Mike Gilday, released the following statement about the incident.

"As individuals, as Sailors, and as a Navy, we cannot tolerate racism of any kind. We must actively speak out against it. And when it rears its ugly head, we must take decisive action. I am grateful in this case for the leadership and swift action from the Chairman of the U.S. Naval Academy Alumni Association Board of Trustees, Adm. (Ret.) Samuel J. Locklear III, as well as the U.S. Naval Academy Superintendent, Vice Adm. Sean Buck."