The federal complaint comes after months of complaints about foul smelling emissions from the International Flavors & Fragrances factory on Lane Avenue. 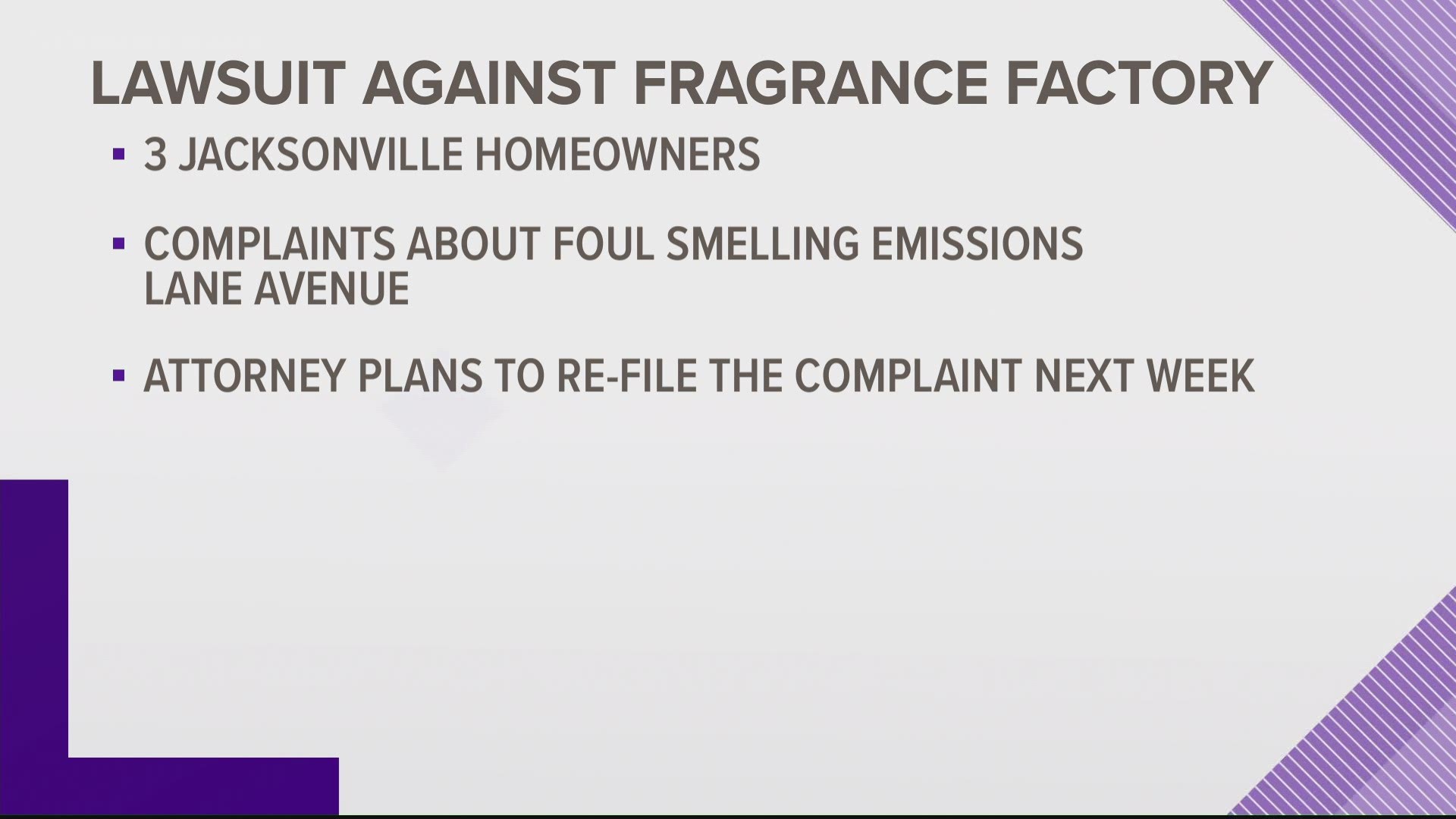 JACKSONVILLE, Fla. — Note the related video is from an earlier story.

The suit comes after months of complaints from residents as far away as Ortega about pervasive, stinky emissions from the Lane Avenue factory.

Residents have filed dozens of odor complaints with the City of Jacksonville, which has investigated the plant’s emissions, but the smell has not abated.

According to the suit, “Defendants are aware, and have known, about substantial, noxious fugitive odor emissions that the Facility created for neighboring residents through numerous complaints, administrative actions, significant media attention, and forums held by public bodies throughout Duval County; yet Defendants have refused and/or failed to fix or mitigate the problem.”

The suit says the offensive odors are a byproduct of the factory’s manufacturing process, which strips fouls-smelling sulfur compounds from crude sulfate turpentine. The end result is a product that can be used for everything from sweet smelling candles to plug-in air freshers. But the extracted sulfur odor is “vile and sickening,” according to the lawsuit --- and as anyone who has smelled it can attest.

The suit says the smell “obstruct[s plaintiffs of] the free use of their property so as to substantially and unreasonably interfere with the comfortable use and enjoyment of life and property.”

They are seeking class designation to bring their case as a broader class action claim. The area depicted on a map indicates the class would include residents south and east of the factory, as far as 5 miles downwind from Riverside, Avondale and Murray Hill. It does not include areas where residents have also complained about the smell, like San Marco and Ortega.

The case, filed Jan. 6, was stricken the next day by federal District Judge Brian Davis. He called it an "impermissible 'shotgun' pleading," in which each count in the complaint builds on earlier information without reincorporating the basic facts of the case individually for each count.

IFF has not yet filed a response to the civil suit.

Attorney Mitch Stone says it is an error that is easily remedied, and he expects to refile the complaint this week.

“We expect to have more people sign on with us,” he says. “It’s unfortunate that so many people negatively impacted by this, and we are hoping to remedy it.”