A deadline has passed for Lot J developers to finalize a deal with the City of Jacksonville, terms of which were agreed upon last year. 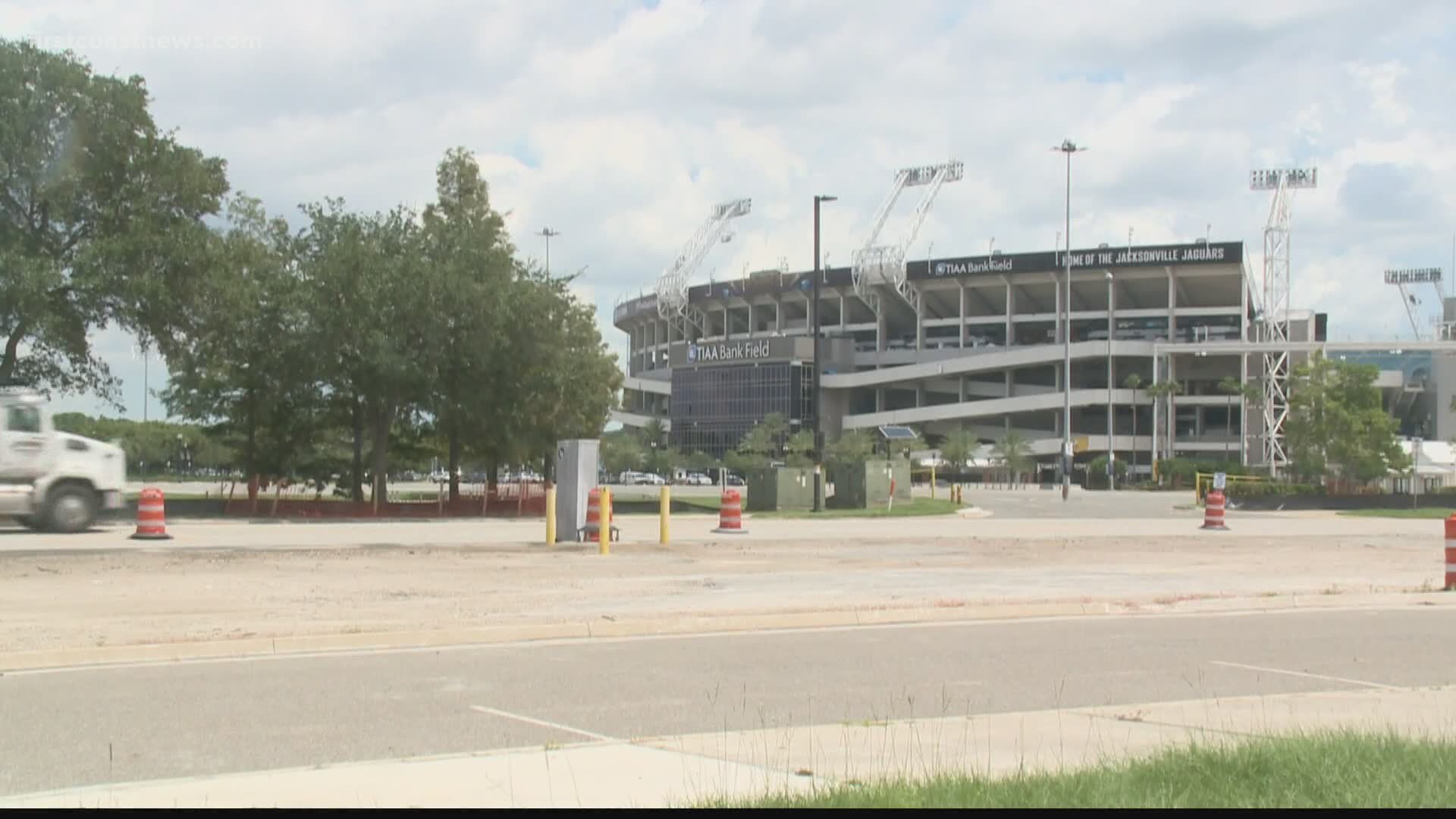 JACKSONVILLE, Fla — The long-promised effort to build hotels and entertainment near the Jacksonville Jaguars stadium could be changed.  The negotiation period to finalize a deal to develop Lot J and the Shipyards in Downtown Jacksonville has expired.

Now, the city’s Downtown Investment Authority could consider additional proposals for those areas along with Metropolitan Park.

The plans for Lot J led to the demolition of the Hart Bridge Expressway ramps into downtown. City Councilman Matt Carlucci and others say the city deserves something spectacular on the Riverfront, but not necessarily from Shad Khan’s development team.

Lifelong Jacksonville resident Steve Williams is not happy with the lack of progress downtown.

“The overpass gets torn down, we spent millions on that without a solid plan or solid agreement behind it. I think it’s reckless and negligent,” Williams said.

The Hart Bridge ramp removal cost well over $30 million, and the city is expected to pay for part of the $450 million Lot J project which has yet to break ground.

"Since the original Shipyards proposal was submitted and approved, the plans for Lot J came online. As a result, some of the development originally planned for the western portion of the Shipyards were incorporated into the current Lot J plans. That western portion is no longer part of the Shipyards plan, so this news from DIA is simply part of the process. We look forward to continuing to work with the City on these important projects.”

City councilman Matt Carlucci discovered the June deadline passed for negotiations to finish. He says he reached out to Mayor Lenny Curry’s staff member Brian Hughes, who directed him to speak with the Downtown Investment Authority.

“As I was doing my pre-homework to the [finance] committee, I saw a memorandum that the extension for the negotiations had eclipsed on June 30, 2020, so now we have to start all over,” Carlucci said.

Carlucci thinks this is viewed as an opportunity to get the public involved in the decision-making process for Metropolitan Park, which he says belongs to the city’s people “in perpetuity.”

“That is somewhat of a disappointment to some, to me I think it’s an opportunity to start over in a way that engages the public,” Carlucci said.

Carlucci says Metropolitan Park is a piece of land that is tethered to many hearts in Jacksonville.

Mayor Lenny Curry during his COVID-19 press briefing on Sunday said the news from the Downtown Investment Authority was no surprise.

“This is a timing issue, Iguana Investments remains 100% committed to developing that area, they’re not walking away from the deal,” Curry said.

First Coast News also received a statement from Downtown Investment Authority leader Lori Boyer, saying it is not uncommon for awards to expire and new dispositions to be issued.

“We will handle this as we have others,” Boyer said.

Boyer expects a new proposal to be submitted to the DIA within the next few months.

Our news partners at the Florida Times-Union report that the new plans for Lot J could be significantly scaled back from the original layout.