After displaying a rainbow color scheme for Pride month, the bridge returned to its traditional blue lighting after just one night due to 'reported compliance issues 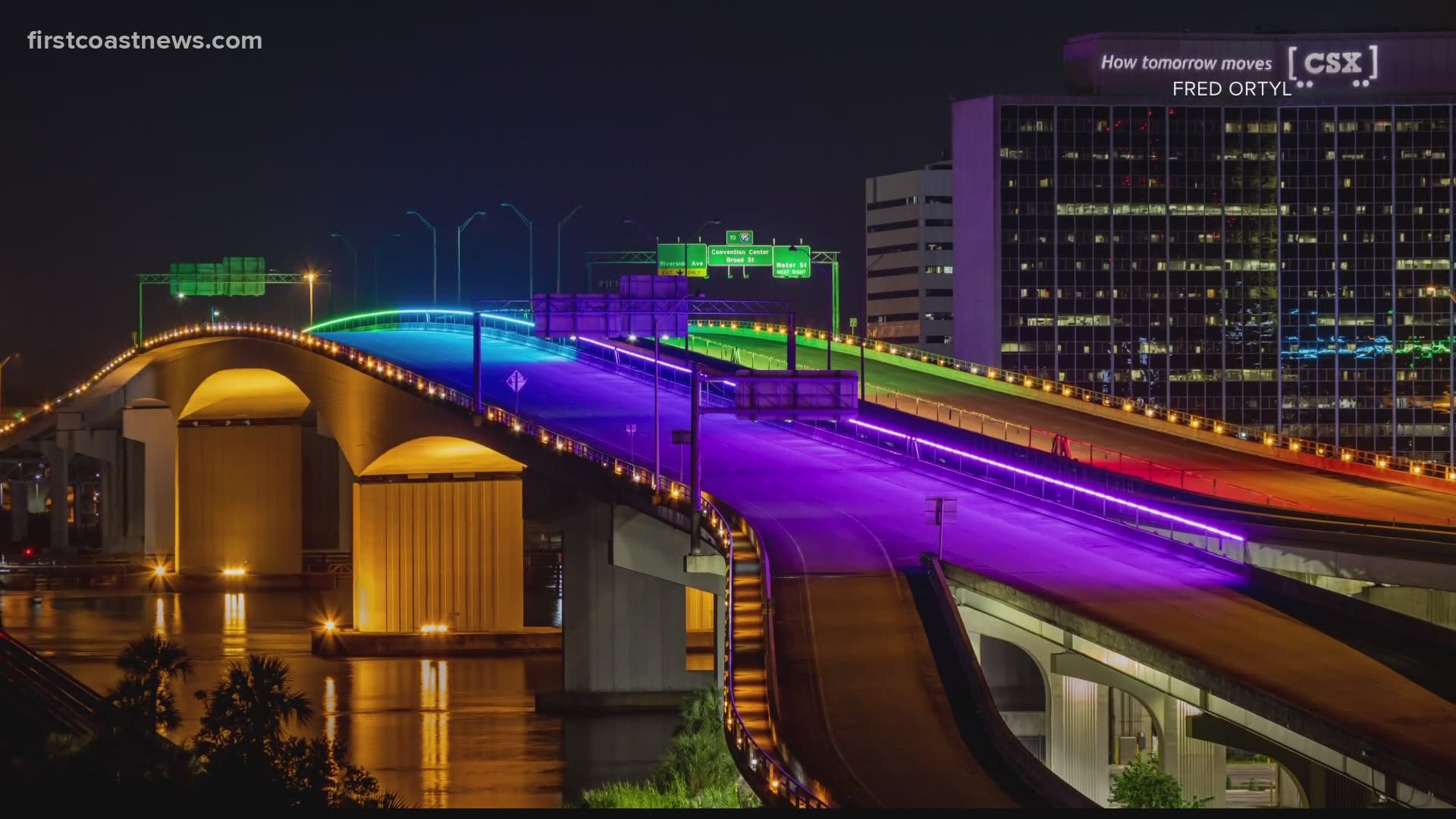 JACKSONVILLE, Fla. — The Acosta Bridge will return rainbow colors Wednesday night in celebration of Pride Month after they were initially removed due to a compliance issue, according to the Governor's Office.

A spokesperson for the Florida Department of Transportation (FDOT) says the state has a statewide 'Bridge Lighting Policy' that was last revised in September 2020 that allows the department to "facilitate all bridge lighting requests consistently, fairly, and impartially."

FDOT says the policy was developed under DeSantis' administration to ensure inclusivity and that all local lighting requests, as well as permitting, are handled at a local level.

"The districts are charged with implementing and enforcing the bridge lighting policy and any subsequent agreements or permits," said the spokesperson in a statement.

In reference to the Acosta Bridge, FDOT says the specific permit that was issued to JTA for the Acosta bridge had not been previously submitted or approved.

The department has since authorized it as "a matter of broad community interest."

FDOT says it will also be working with all local partners to ensure bridge lighting requests are facilitated consistently, fairly and impartially.

Youth LGBTQ Leader and CEO of Yasmyn, Cindy Watson says this is a step forward to have the bridge lit up in the city.

“It’s a month when we celebrate the visibility and presence and contribution and creativity of the LGBTQ community," said Watson.

Watson says she hopes the incident causes more reflection from public agencies in the future.

"Regardless of what the intent was the impact has been felt and the impact is still a negative impact to the entire LGBTQ community," said Watson.

A 'Walk the Acosta with Pride' event is scheduled to take place Saturday in response to the removal of the rainbow lights. The event is hosted by Mark Judson, a past contributor to Void Magazine, and will take place at 10 a.m.

"FDOT forced JTA to not display Pride colors on the Acosta," the event page says. "So, we're going to bring Pride colors to the Acosta and walk it with our Pride flags (or drive if the sidewalk isn't available or you aren't able to walk it). Masks encouraged, please."

This week, the bridge was scheduled to display rainbow colors the entire month for Pride Month. Here is a list of the scheduled lighting colors for the remainder of the month.