Section Four is the only remaining section of the cargo ship that wrecked shortly after departing the Port of Brunswick in 2019. 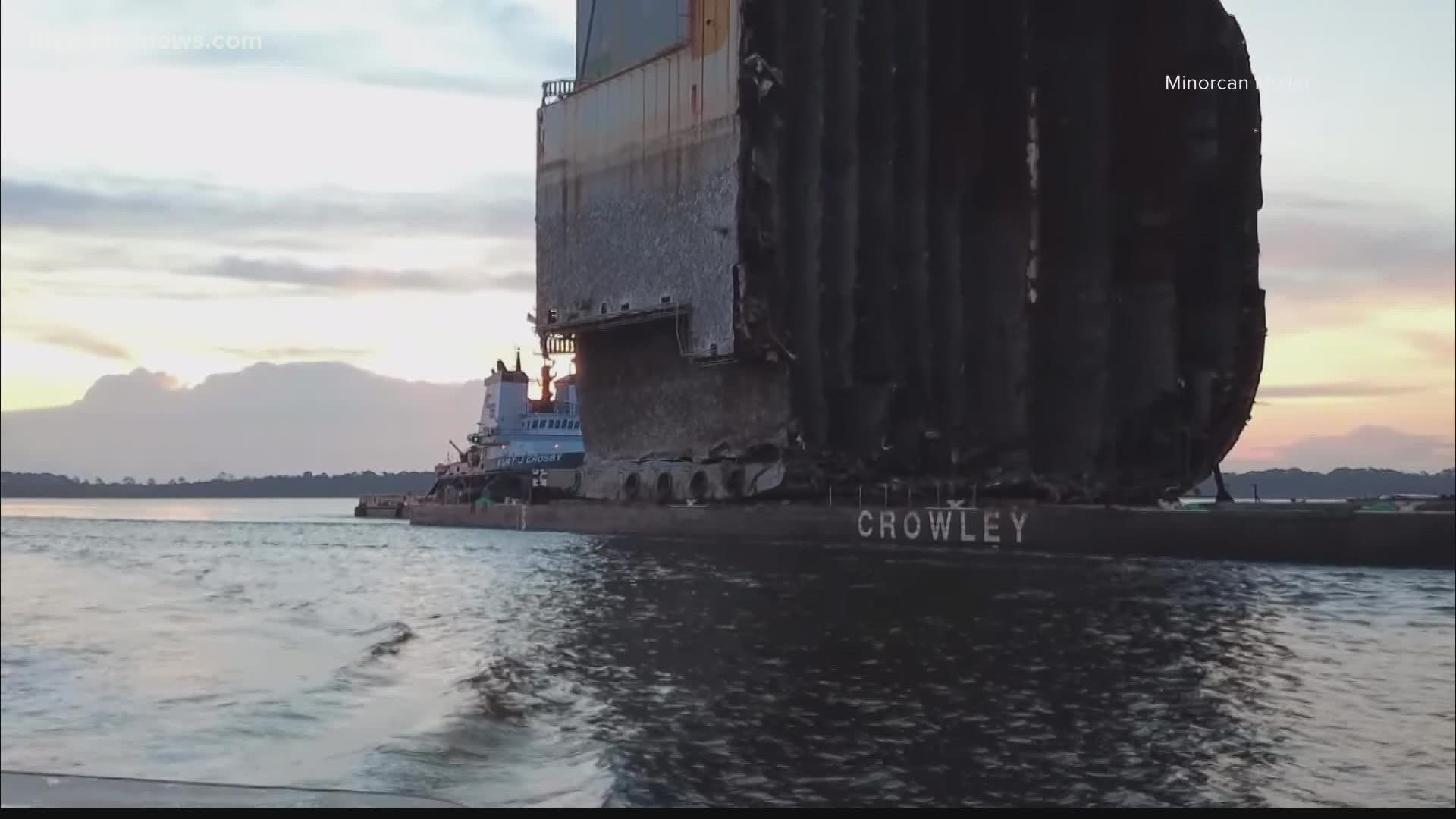 JACKSONVILLE, Fla. — (Editor's Note: The video above is from a previous related report)

Up until now, Section Four was the only remaining section of the cargo ship that wrecked shortly after departing the Port of Brunswick in 2019. Before it can be removed, crews worked last week to help shed weight before it's secured into the cradle system to be loaded into a barge.

Barge Julie B departed the Port of Brunswick loaded with two sections of the Golden Ray wreck last week, according to The St. Simons Sound Incident Response. Those sections will be processed at a recycling facility in Louisiana.

During the removal, the weight-shedding team also removed vehicles from the final section of the Golden Ray.

RELATED: 'Ship happens': Documentary film focuses on the Golden Ray and the town it dominates

Additionally, on Thursday, the weight-shedding team used seawater from barge-mounted monitors to flush sediment from the final section of the wreck in an effort to further reduce the weight of the section and ensure a safe removal operation.

As far as environmental impact, the response team says the on-water response teams continue to maintain a 24-hour watch around the Golden Ray and they deploy pre-staged equipment and personnel to mitigate any oil discharges, sheens and debris observed.

Survey teams continue to recover debris along shorelines and from marsh areas in the vicinity of the wreck site.

Beaches remain open to the public and the Department of Health urges beach-goers to remain vigilant.