Remembering 9/11 across the First Coast

Cities, military groups, first responders and more will hold ceremonies and memorial events to honor the nearly 3,000 people who died on Sept. 11, 2001. 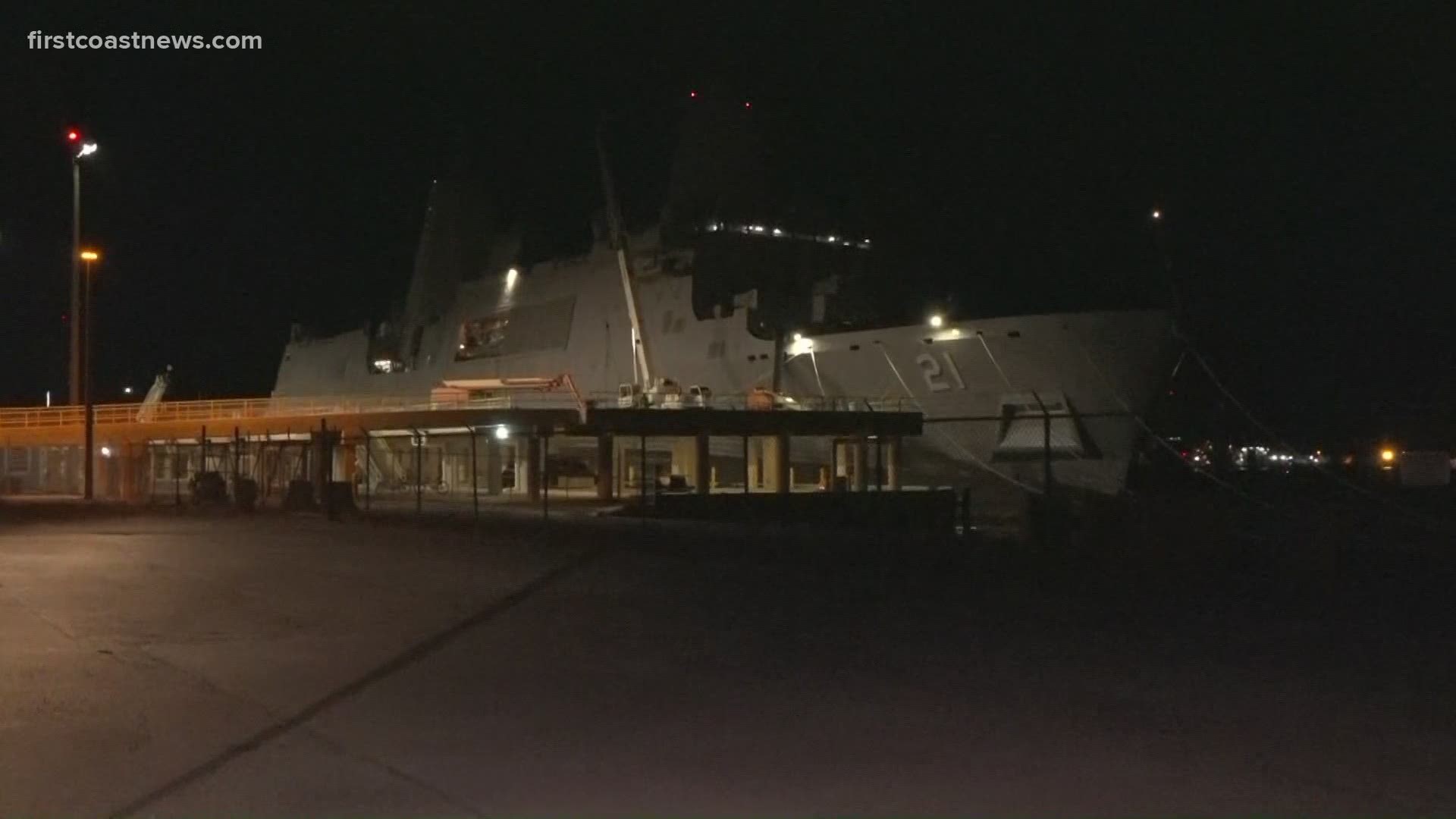 JACKSONVILLE, Fla — Friday, Sept. 11, 2020, marks 19 years since the terror attacks in New York City, the Pentagon and Pennsylvania that claimed the lives of 2,977 people.

Across the First Coast, cities, military groups, first responders and more will hold ceremonies and memorial events to honor the lives lost.

This morning at 8:46 a.m., JAX will observe a moment of silence to mark the 19th anniversary of Sept. 11, 2001. All screening at the checkpoint will cease during this one minute of silence. #NeverForget

The Lake City Police and Fire Departments will recognize and honor the 19th anniversary of the Sept. 11, 2001 terrorist attacks on our Nation. The service will be held in the front of the Public Safety building beginning at approximately 8:30 a.m.

On Friday, Sept. 11, Naval Station Mayport will host a 9/11 Remembrance Ceremony to commemorate the terrorist attacks that occurred 19 years ago.

The ceremony will begin with a prayer of remembrance and address from the installation chaplain and an arrangement of emergency vehicles will flank the installation’s flagstaff. Morning colors, or the raising of the national ensign, will be conducted ceremoniously to conclude the observance. Additionally, all ships will sound four prolonged blasts at 8:46, 9:03, 9:37 and 10:03 in observation of the 4 separate attacks that took place during 9/11.

RELATED: 'Something that brought us together': Navy Chaplain talks about 9/11 ahead of Mayport ceremony

We all remember where we were on this day 19 years ago. Almost 3,000 people died from the terror attacks. May we never forget those who lost their lives and those who sacrificed their lives to save others. #September11

The City of St. Augustine will hold its annual Ceremony of Remembrance, a community gathering to remember those who died in the terror attacks on Sept. 11, 2001. The ceremony will be held at the St. Augustine Fire Department's main station at 101 Malaga St. at 8:30 a.m.

The public is invited to participate, while following CDC guidelines of wearing masks and practicing social distancing. Masks will be available to anyone who needs one. The ceremony will also be broadcast live online at the fire department's Facebook page.

The 15-minute program will include a presentation of the colors, invocation by Father Tom Willis, Pastor and Rector of the Cathedral Basilica of St. Augustine, a musical presentation and remarks by St. Augustine Fire Chief Carlos Aviles.

The ceremony will conclude with a minute of silence at 8:45am, timed to coincide with the time the first plane hit the first tower of the World Trade Center in 2001. Then, the fire department will conduct the “Striking the Four 5’s” by ringing its historic 1900 Fire Bell in four intervals of five rings each. This is a time-honored tradition signifying the last alarm of a firefighter, and will be performed in honor of the firefighters, law enforcement officers, military personnel and civilians who died on 9/11.