Jacksonville Fire Rescue Department crews were called to the scene shortly after 2 p.m. No one was hurt. 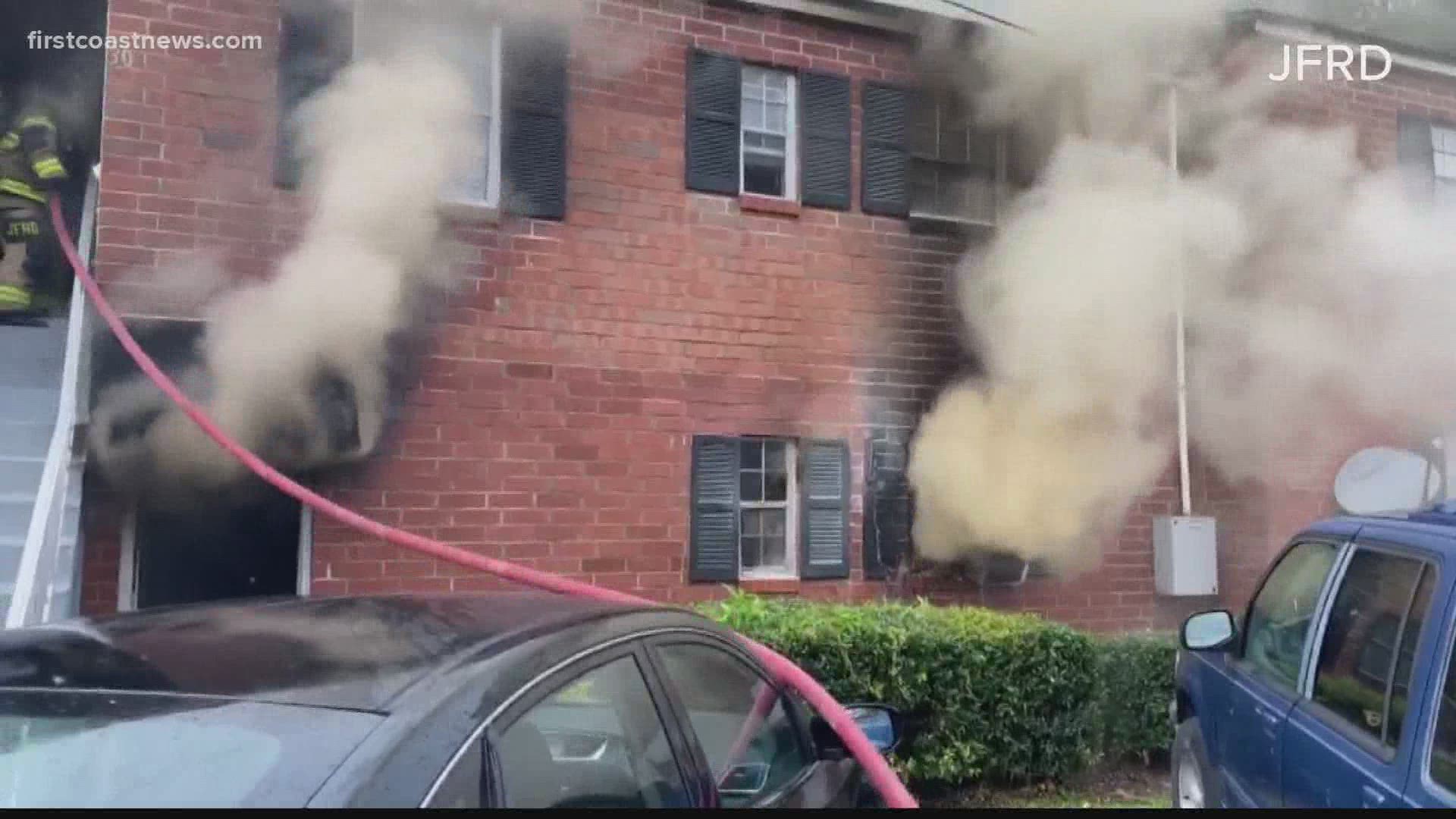 JACKSONVILLE, Fla — The Jacksonville Fire Rescue Department responded to an apartment fire on Hyde Park Road Tuesday afternoon that left a family of six without a place to live.

JFRD responded to the 2100 block of Hyde Park Road shortly after 2 p.m., according to a post on the fire department's Twitter page. The fire was declared under control within 15 minutes.

The Red Cross was requested for two adults and four children, JFRD said. A video posted to the fire department's Twitter account showed heavy smoke pouring from a window.

Command requested an investigator to look into the cause of the fire, according to JFRD. Captain Eric Prosswimmer tells First Coast News the initial investigation appears to show the fire began in a bedroom.