Rapper and actor Common spoke to a crowd Saturday afternoon in northwest Jacksonville and encouraged Black voters to make their voices heard at the polls. 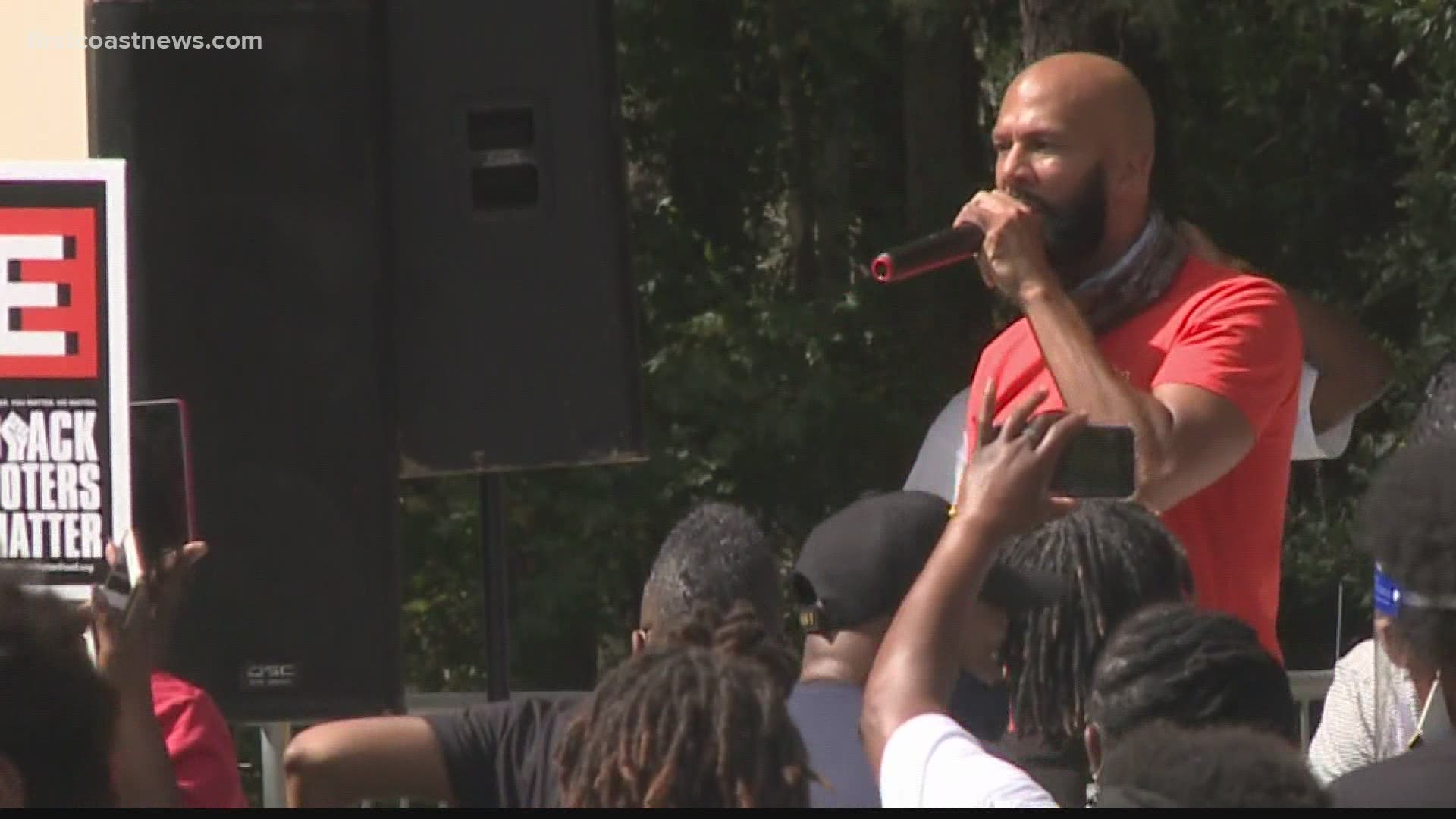 JACKSONVILLE, Fla. — People on the First Coast from both sides of the political spectrum gathered Saturday in Duval County to rally the vote with just more than a week left before the November presidential election.

Rapper and actor Common spoke to a crowd Saturday afternoon in northwest Jacksonville and encouraged Black voters to make their voices heard at the polls.

“I think that if you love this country, if you love our system of government, if you support the police and our armed forces, then the choice is clear that you have to vote for Donald Trump," said Derek Nelson, a Trump supporter.

"We can't allow leadership like this to be in office anymore," Common said to the crowd.

“Voting is an aspect of me going out and saying as a human being I’m going to take care of you too. I see what’s happening. I see these injustices. Yeah, I protested. I spoke about it. I tweeted about it, but voting is the act that causes changes," Common said.

Both sides say the First Coast is crucial to the outcome of the presidential election.

“Trump cannot win without winning Florida. It’s as simple as that," Nelson said. "Duval County has become increasingly bipartisan in the last few elections, so winning here is really crucial.”

“Jacksonville has a powerful community of people who need to be engaged and who need to feel a part of what voting means," Common said. "You all know how important Florida is as a whole.”

Jacksonville has lots of political events going on today. Former @NFL safety @JackBrewerBSI spoke at a Republican rally, and rapper/actor @common is headlining "Party at the Polls." Photojournalist @RodT1stCoast and I will have the full story tonight on @FCN2go. pic.twitter.com/iVBgmWCEVU