Cierra Smith was a subordinate to Darryl Daniels as a corrections officer in Duval County. According to an audio recording obtained by First Coast News, Smith received tens of thousands of dollars from Daniels as an affair played out. 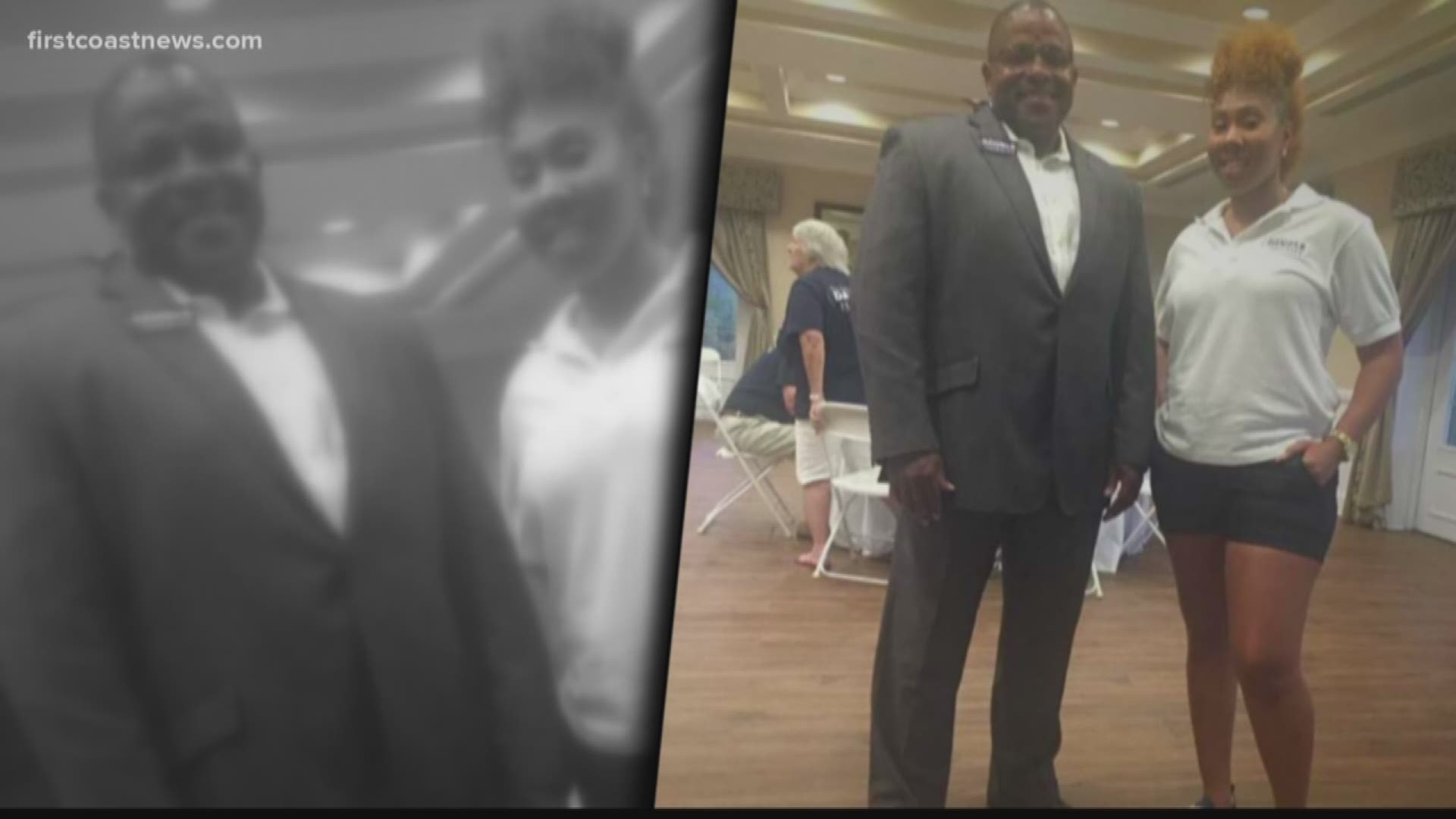 JACKSONVILLE, Fla — Radio calls were recently released from the night of an alleged stalking incident between Clay County Sheriff Darryl Daniels and a woman he admits to having an affair with.

“10-4 Do you have any on-duty units near the Oakleaf area?," Daniels says in a call to dispatch. “I have someone with me in reference to a 13 at the park right there at the amenities center in Oakleaf."

It pairs with the May 6 police report in which Daniels said, “It appeared like the driver was following me... and the driver who I recognized as Cierra Smith.”

Daniels added that the incident caused him “great concern”

Smith was held in custody but she wasn't charged.

Smith was a subordinate to Daniels as a corrections officer in Duval County and, according to an audio recording obtained by First Coast News, received tens of thousands of dollars from Daniels as an affair played out.

The Sheriff remains in Washington D.C., according to a representative from his office and could not be reached for comment.

But in Green Cove Springs, the investigation is a talking point.

“If this happened, it could have a great deal on our county as far as [the] morale of the people,” Robinson said.

Robinson declined to comment on the allegations until a full investigation was concluded. He did say as an elected official, there’s a higher standard.

“Even though it’s a personal, family problem, unfortunately when you become a politician, your private life is over,” Robinson said.

He says when it comes to voters, the headlines may be long-lasting.