One church said it was hard for them to find a truck to bring them to town. 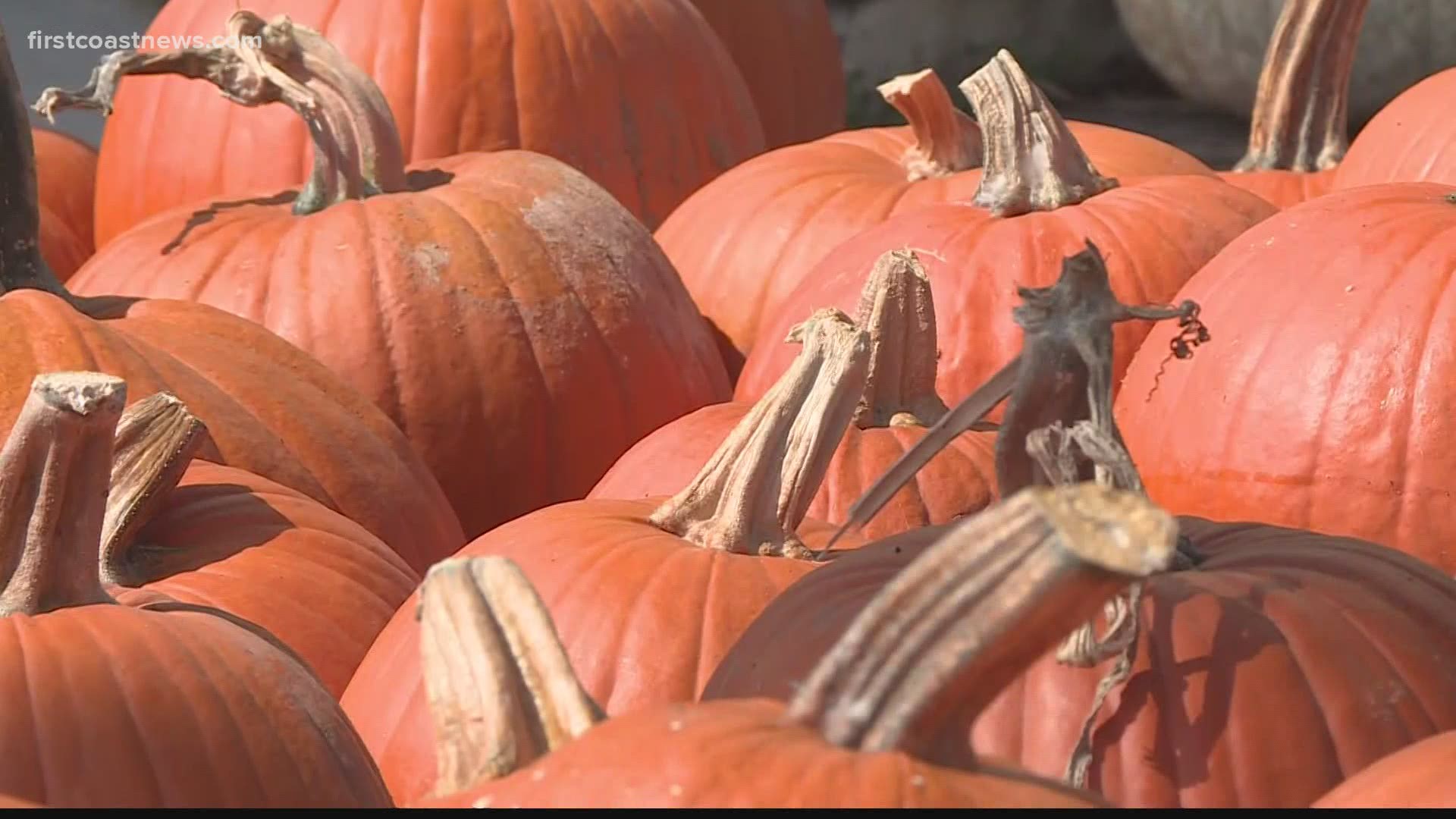 ST. AUGUSTINE, Fla. — It appears the trials of 2020 have affected even the pumpkin business. Turns out, pumpkin patches are showing up later this year at local churches.

The First United Methodist Church of St. Augustine’s pumpkin patch is so popular.

"We are known as the Pumpkin Church,"  Youth Pastor Jayce Ginn said. He oversees the pumpkin patch there.

However, the "pumpkin church" dealt with a squash situation this year.

"We got them late this year," Ginn said. "Our supplier had trouble finding a truck for us."

"We deal with hundreds of trucking companies," John Hamby and his family own  Pumpkin Patch Fundraisers. It supplies pumpkins to non-profit organizations across the country.

"We think it’s one of the best crops we’ve had in 10 years," Hamby said

He spoke to First Coast News from his farm in New Mexico. His pumpkin crop was great this year, but he said trucks – to move them off the farm -- were in short supply.

"We’ve heard from the trucking companies we work with that it’s due to a shortage of drivers coming back after COVID-19," Hamby said.

Also, he said many trucks ended up working with FEMA for hurricane relief. But Hamby eventually found trucks, later than usual.

"We were delayed a week, which isn’t bad," Ginn at the church said.

Fewer churches and organizations are having pumpkin patches this year, but those that are could see big sales.

"Some people have already surpassed their total sales from last year," Hamby said.

While his pumpkin farm is in peak form, others are not. And that's causing a pumpkin shortage for large retailers, according to Hamby.

As for these pumpkins in St. Augustine, they’re the biggest fundraisers for youth and children’s ministries at "the pumpkin church."

"I’m glad we got the pumpkins this year! It would be a bit of a misnomer," Ginn said.