First Coast News is digging deeper into the yearbook controversy combing through more than 167 emails obtained in a public records request. 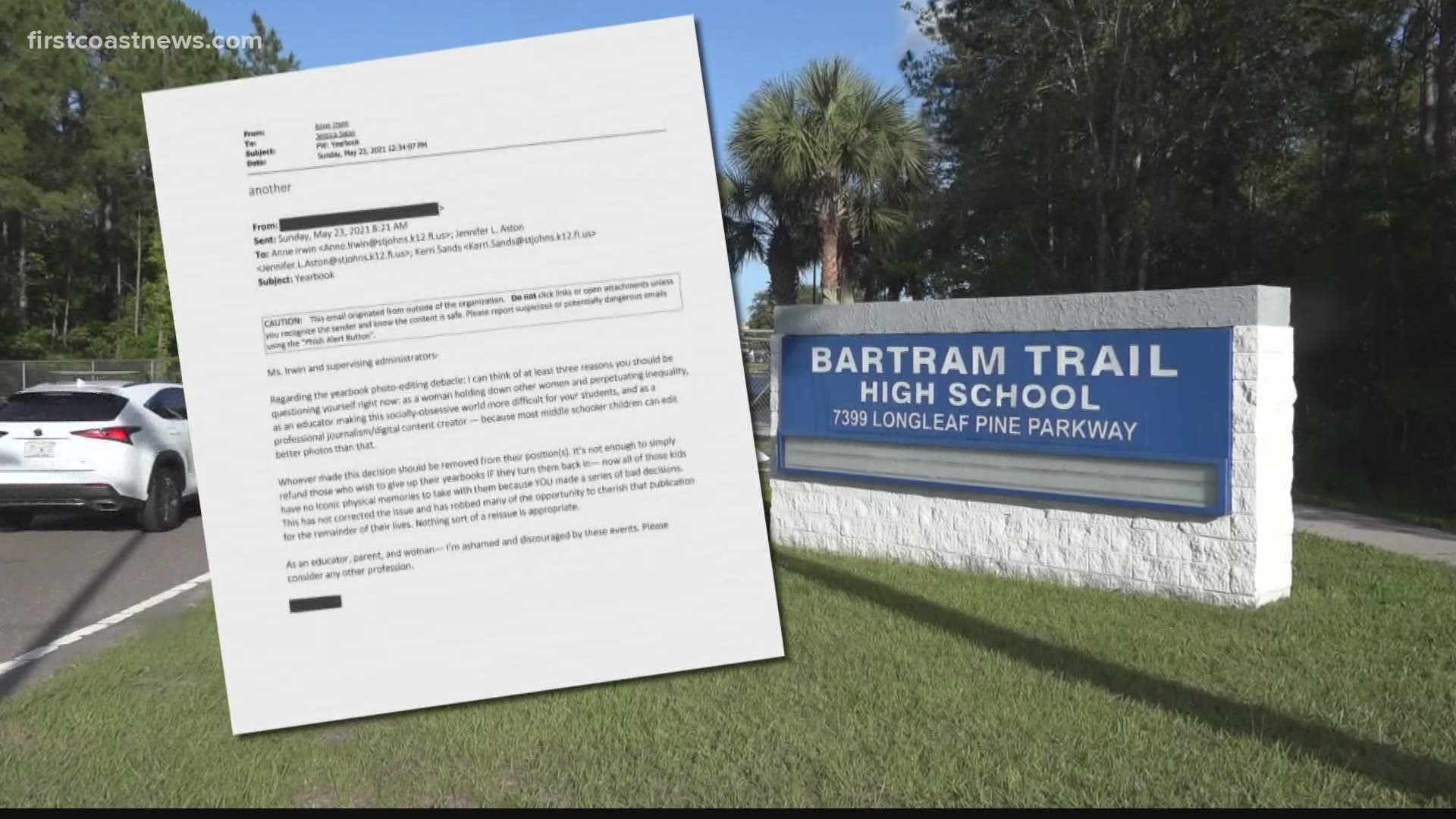 ST. JOHNS COUNTY, Fla. — It’s a story that gained national and even international attention. First Coast News is digging deeper learning that behind the scenes the emails were flying.

Students at Bartram Trail High School in St. Johns County opened their yearbooks last month to find more than 80 female students’ photos were edited to censor out their chests.

First Coast News obtained public records of 167 emails from about when yearbooks were to released to the day of the school board meeting when students and parents spoke out for change.

We requested emails with keywords like 'news' and 'yearbook.'

These records show both hate and support from the community and nationwide. Emails were mainly directed to the yearbook sponsor at Bartram Trail High School Anne Irwin or the public information officer Christina Langston.

One email was sent to several school employees and said, “Please consider any other profession.” Another from a person in Pennsylvania said, “Shame on you. You make me sick.”

These records show the district did not respond to these hate emails. Irwin forwarded one of them to another employing saying “not replying.”

They also received supportive messages like one from a school employee saying, “I just wanted to reach out to you and let you know that I will be praying for you through all this unjustified chaos” and another saying the yearbook was "worth the money."

Many other emails about the yearbook were from parents or students asking to buy a yearbook.

The yearbook controversy angered hundreds of parents and students, many of whom were already fighting to change the district's dress code policies.

The St. Johns County School Board was set to vote on dress code policy changes on June 8 originally. That didn’t happen.

The district is waiting to meet with its newly formed dress code committee before voting on any changes. The district has not set a date for that meeting.

The next school board meeting is July 13.