Beachgoers can swim and fish at St. Simons and Jekyll islands but should do so with caution, according to the Coastal Health District. 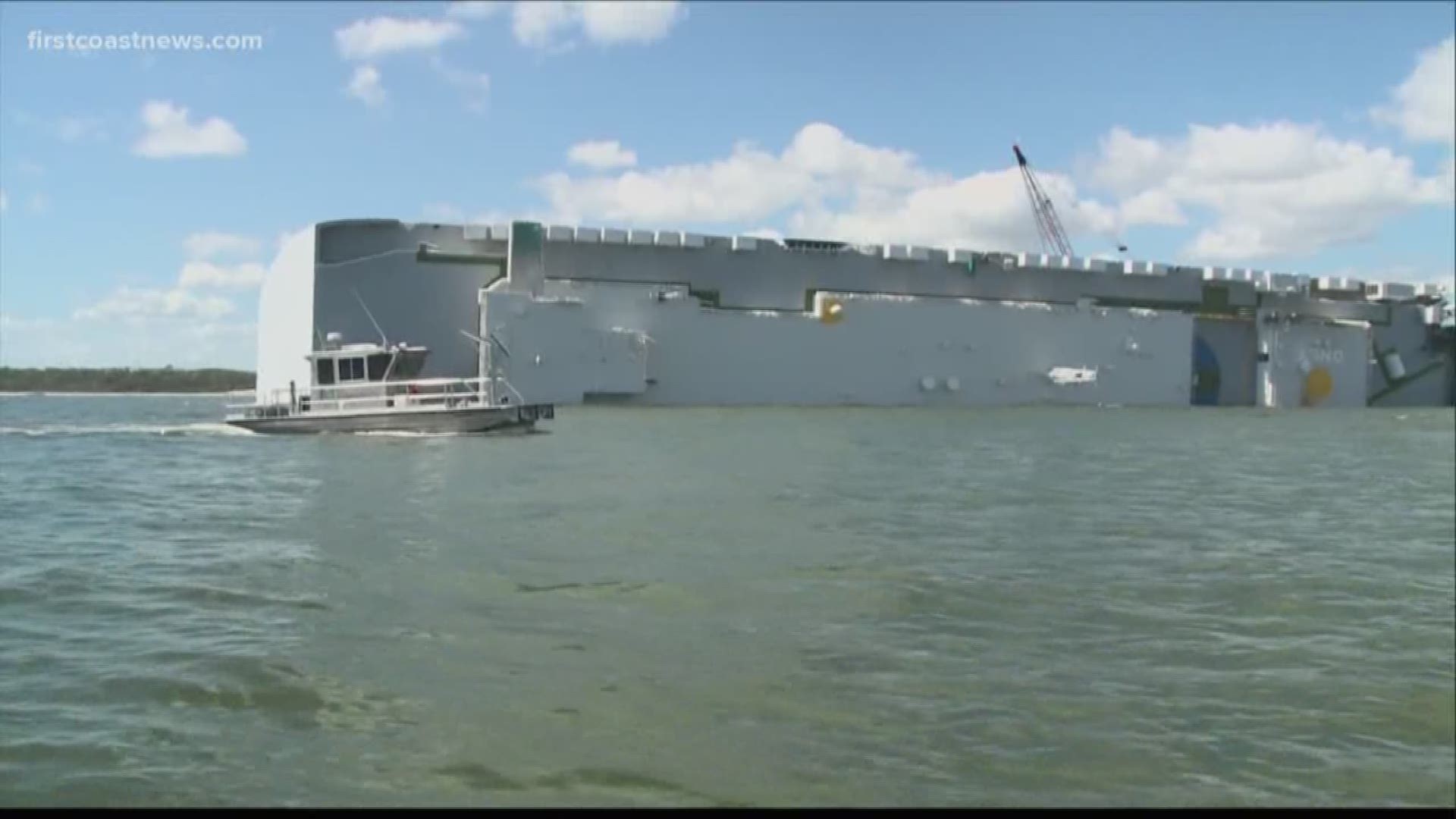 Anyone looking to swim or fish at Jekyll or St. Simons islands are warned to do so with caution due to an active release of pollutants from the overturned Golden Ray cargo ship resting in the St. Simons Sound.

The Coastal Health District says the public advisory status from the area has changed from "green" to "yellow." This means swimming and fishing are still allowed but beachgoers should still remain vigilant and exercise caution until more is known about the impacts of the leak.

Discharge of pollutants from the cargo ship reportedly began Monday and could have shoreline impacts, according to the St. Simons Sound Incident Unified Command.

The Coastal Health District says beachgoers should check the water for signs of oil, such as sheen on the water's surface, before swimming.

If you see oil in the water, the district says do not swim. Instead, call the U.S. Coast Guard National Response Center at 1-800-424-8802 to report visible oil on the beach.

Those wanting to fish can do so but are warned not to fish in areas with visible oil in the water.