Multiple rallies are scheduled this weekend in D.C. to show support for President Donald Trump, who tweeted that he may "try to stop by and say hello." 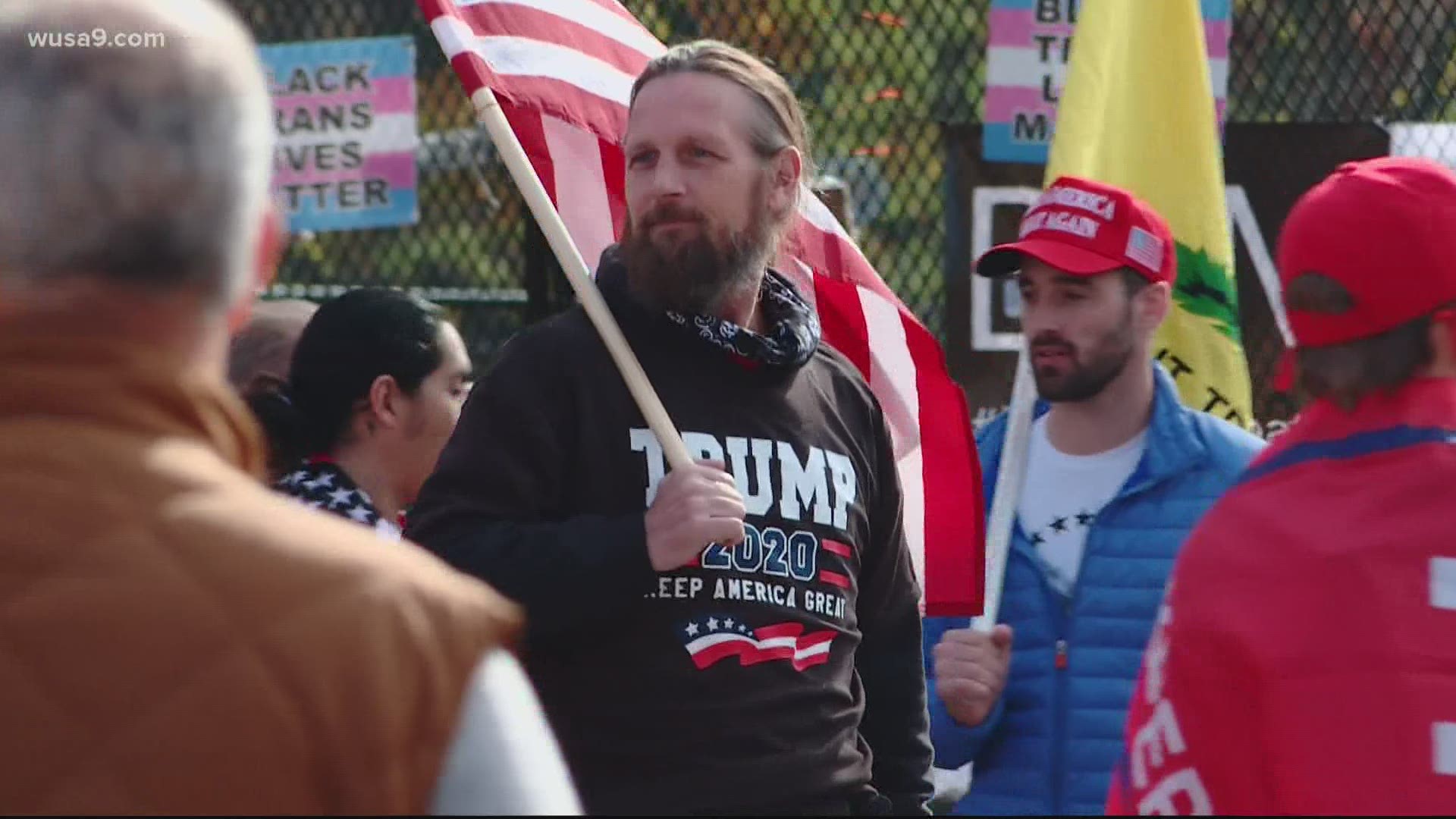 WASHINGTON — Supporters of President Trump are planning rallies in D.C. on Saturday as the country waits for Trump's campaign to submit evidence for unfounded claims of voter fraud. On Friday, the National Park Service issued an updated permit for one of the rallies, upping the participant size from 50 to 10,000.

One of the rallies is called the Million Maga March, but it's far from clear whether a million protesters will show up.

Right-wing groups calling themselves March for Trump, Stop the Steal and Women for America First are all posting on social media about a big demonstration on Freedom Plaza Saturday at noon, but the largest Twitter page for the event only has about 10,000 followers.

A National Park Service estimate says there is only room on the plaza for about 13,000 people.  A permit application from Cindy Chafian with Women for America was initially filed for 50 people, but was reissued Friday, with 10,000 anticipated participants.

A left-wing group called Refuse Fascism said it will rally at Freedom Plaza 30 minutes before the Million Maga March, setting up the possibility of clashes.

"We are gathering non-violently," Lucha Bright of Refuse Fascism said. "We are not intending to engage them. We want to overwhelm them with our numbers. If they attack us, that is not out of the realm of possibilities of what they do. But we are hoping, especially if we gather in large numbers, that we will overwhelm them with our strength."

Heartwarming to see all of the tremendous support out there, especially the organic Rallies that are springing up all over the Country, including a big one on Saturday in D.C. I may even try to stop by and say hello. This Election was Rigged, from Dominion all the way up & down!

President Trump tweeted his support of the weekend rallies saying he "may even try to stop by and say hello."

Some President Trump supporters are also suggesting they'll march from the Supreme Court to the White House. 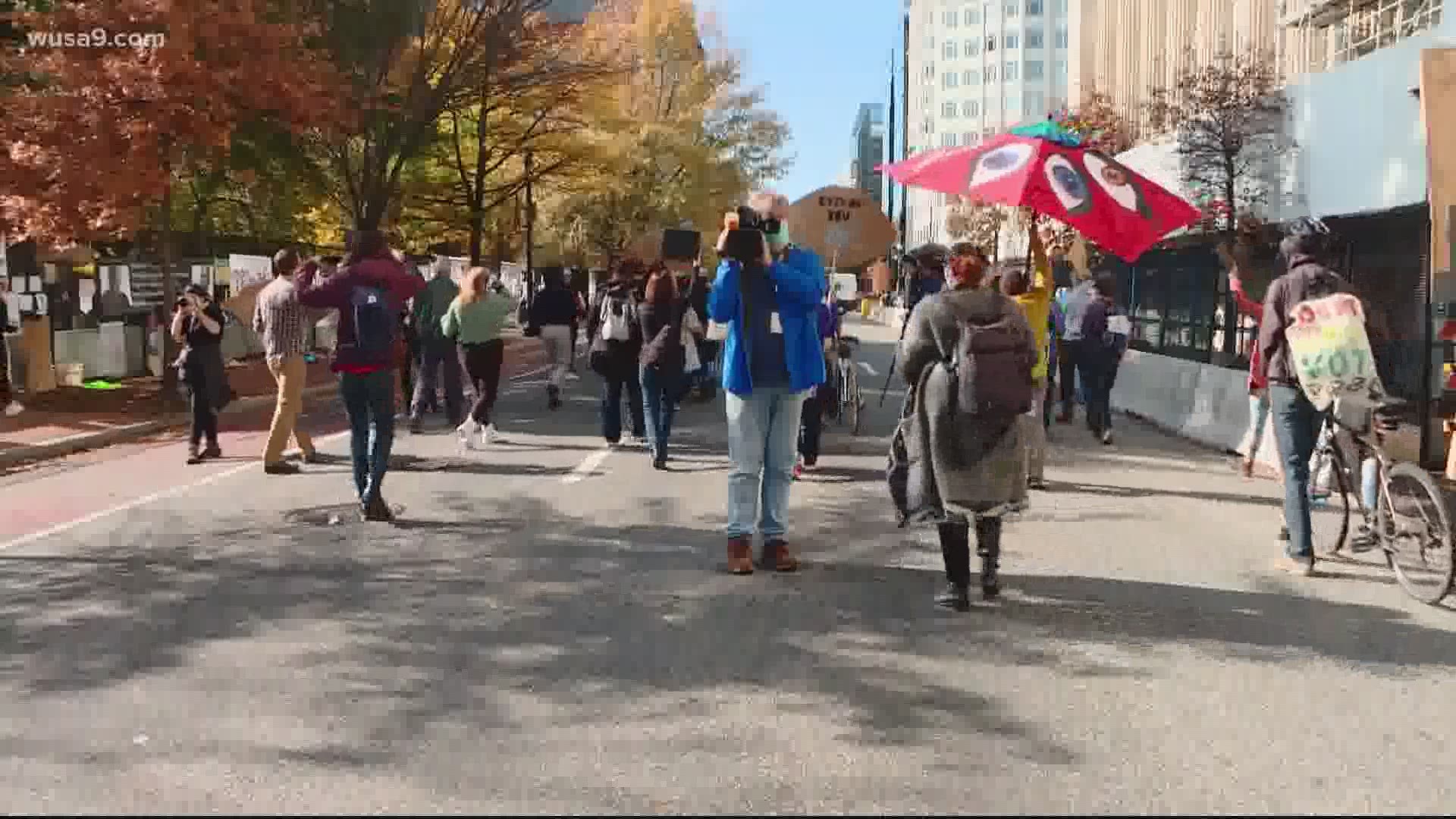 A growing number of the president's supporters believe Trump's claim that the election was rigged, even though elections officials, many of whom are Republican, said the allegations are both unfounded and untrue.

Some Republicans, including Senate Majority Leader Mitch McConnell, rallied behind Trump's efforts to fight the election results. Few in the GOP acknowledged Biden's victory or condemned Trump's other concerning move on Monday: his firing of Defense Secretary Mark Esper.

The developments cast doubt on whether the nation would witness the same kind of smooth transition of power that has long anchored its democracy. The Electoral College is slated to formally confirm President-elect Joe Biden's victory on Dec. 14, and the Democrat will be sworn into office in late January.

During a Tuesday morning news conference at a D.C. park opening, Mayor Muriel Bowser was asked about the expected rallies.

"We continue to follow those activities and be prepared for those activities," Bowser said. "Our police chief will have a similar posture this weekend as he did last week and we will be there to support peaceful exercise of first amendment demonstrations."

Bowser said that the upcoming rallies in the city do not change her recommendations that business owners take down their plywood and boards initially put up following election worries. She said her team is also monitoring reports of a caravan of vehicles making their way from the south into D.C. for the demonstrations this weekend.

Look forward to seeing you all this Saturday, November 14th,

at the Freedom Plaza in DC. #StopTheSteal pic.twitter.com/UIP9EWrEMh

The Official #MillionMagaMarch will be on Saturday, November 14, Freedom Plaza — The #MarchForTrump will march towards SCOTUS against a fraudulent election process. Help us #StopTheSteal and stand up for the President of the united States Donald J Trump pic.twitter.com/SGlqmO4iLj

CALLING ALL PATRIOTS IT IS MAGA NIGHT AT THE WHITE HOUSE

I will be attending the Million MAGA March next Saturday! Join me there. pic.twitter.com/CGkdfn8TZw