Thousands of people gathered Saturday to protest results of the presidential election. 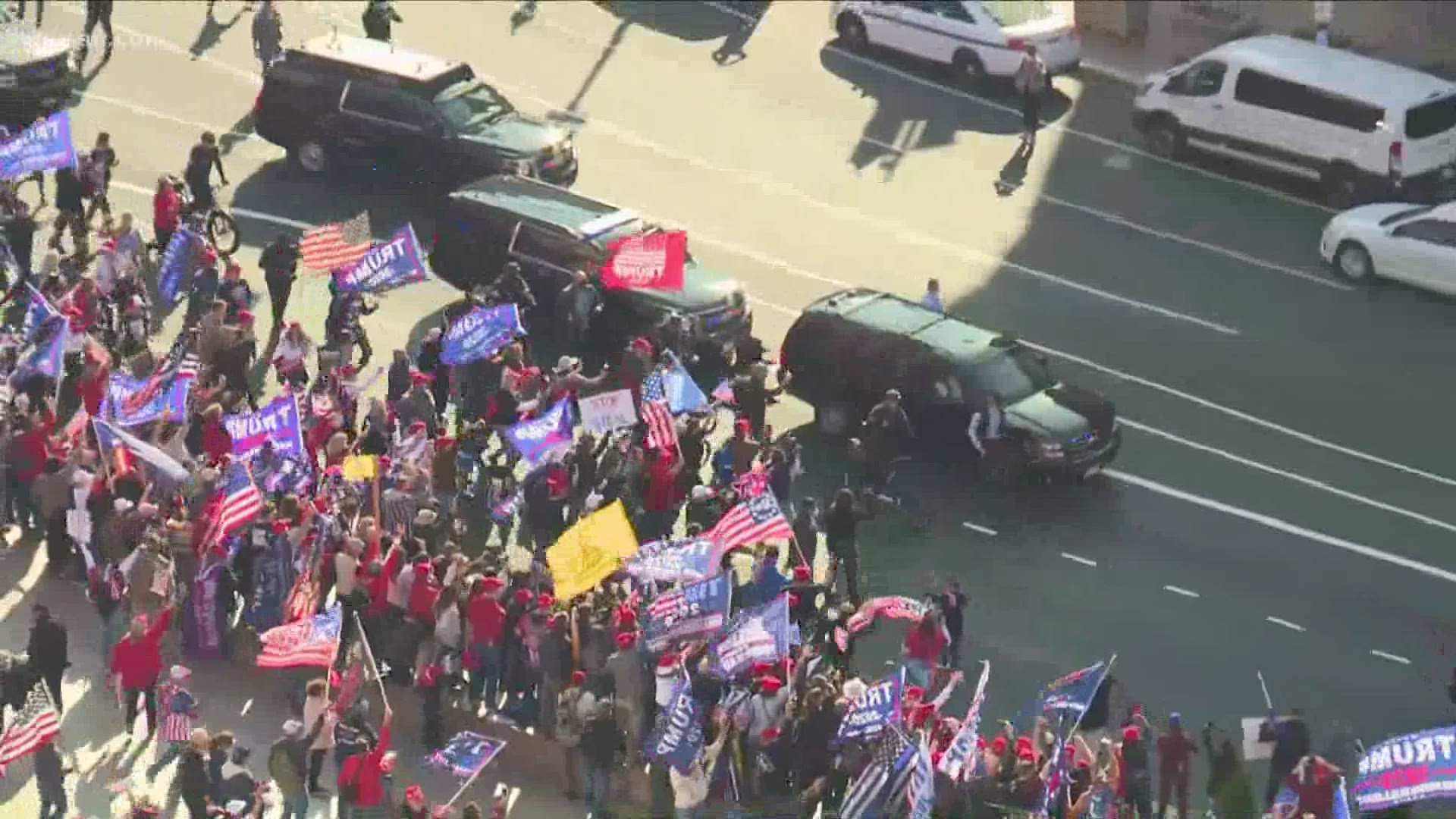 WASHINGTON — Thousands of supporters of President Donald Trump gathered in Freedom Plaza early Saturday for a series of planned demonstrations organized by different groups including Women for America First and March for Trump. Those who showed up early got a visit from the president himself when his motorcade drove by supporters around 10 a.m. Saturday morning, according to presidential pool reporters

The groups believe the election is being stolen from President  Trump by means of election fraud. However, there isn't evidence to support these claims.

Trump tweeted on Friday that he "may stop by and say hello." Demonstrators carrying flags were seen running up to an SUV, chanting "USA! USA!" and "Four more years!"

WUSA9's own Mike Valerio tweeted out video of the motorcade moving down the street with supporters running up to it.

VIDEO: POTUS waving to Million MAGA March from his motorcade. He can be seen in the right back seat window. @WUSA9 @CBSNews pic.twitter.com/NOb2ofRRen

The demonstrations were scheduled to begin at noon on Saturday and counter-protests were also planned. Supporters of President Trump were planning to gather at Freedom Plaza before marching toward the Supreme Court

A growing number of the president's supporters believe Trump's claim that the election was rigged, even though elections officials, many of whom are Republican, said the allegations are both unfounded and untrue.

RELATED: VERIFY: Fact-checking claims made by 'stop the steal' groups